Primary Temporal Position: 0805
Reset Temporal Position
badatnamesbluhbluh:
>Keep one hand forward so if if you fall face first (which is possible if you speed up with your method of checking the stairs) you can catch yourself.

She tries to hold her free hand out ahead of her, but the weight of the toolbox drags it back down. Too heavy. She focuses on climbing.

Do that seventeen times and then shuffle two steps sideways, grab the next banister, and start again.

Do not panic. Do not think.

Just step up, slide her foot forward until it clunks against the baseboard.

On some stairs, there are small gritty objects on to of the painted boarsd. She can feel them under her boots.

From their size and consistency she thinks they're probably broken bits of plaster from the ceiling, or else they're fragments of the charred boards from the wall.

Once, on the fourth or fifth flights, she feels something flaking and slippery under her foot. She thinks 'skin', at first, and nearly slips backward, her free hand pin-wheeling, and only her grip on the railing keeping her from falling back in the dark. After settling, she recognizes the rustling noises as that of dry papers. Someone must have dropped a folder, or portfolio down the staircase.

The boards creak and groan under her feet. The only other sounds her ragged breathing and her heart pounding in her ears.

After reaching the next landing she tries to keep the number of flights of stairs she's gone up in her head. There were three, before she ran out of light completely. Then three more. Or was it four.

She checks her watch. 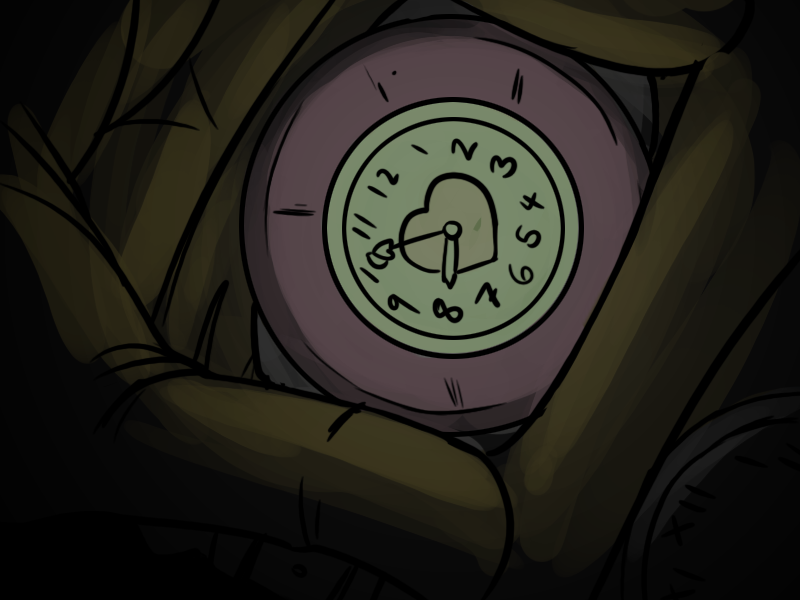 Three minutes. She's cutting it really fine. It's not good enough to simply get to the catwalk in time, she needs to get there with enough time left to assemble the Device.

At least they'd practised that bit.

They'd done it in the living room. Kendra with a stop-watch, Bina with a screwdriver and the time machine disassembled in it's toolbox. She had set it up and taken it down over and over again. Kendra had made her practice with it until she could do it, without the instruction sheet. Until she knew how each piece and fastener slotted together perfectly.

It had taken hours. At the time, she'd though Kendra was just being paranoid, but now she just hopes that she's practised enough.

Seventeen steps to a flight, seven flights, maybe sixteen centimeters to a step… the numbers slither away from her into the dark. How high up is she?

Step up, slide her foot forward until it…

Until it hits nothing at all. The unexpected emptiness leaving her teetering in a half crouch.

That was only fourteen steps. Wasn't it? Has she miscounted?

She reaches out, shuffling sideways, for the next staircase, only to find a solid wall. 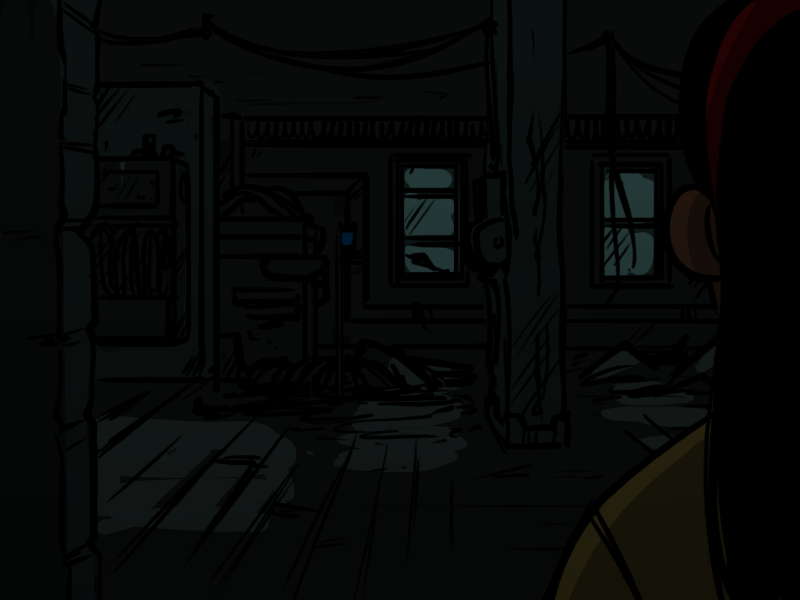