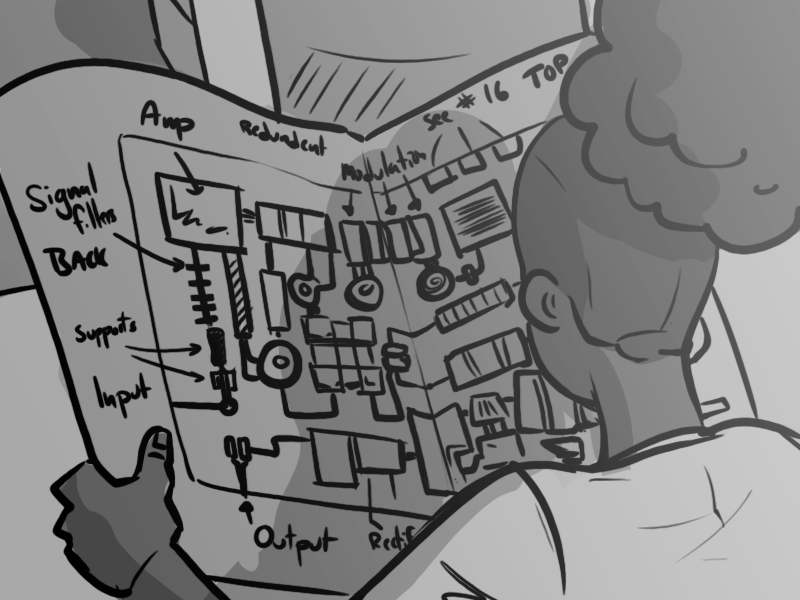 xooxu:
>Kendra: roll your eyes at Bina's flair for making you figure stuff out on your own instead of just telling you … but fondly, do it fondly.

"You know Bina, I'm getting really sick of this Socratic method thing you're doing. Just tell me. Cut the suspense."

"There a switch," shouts Bina from inside.

"Beside those signal regulators or whatever - "

"Whatever. They're not filters. There's a switch."

"Below them, see that fuzzy block bit? The bit labelled 'support'. That's the handle." says Bina through the window, "It's like one of those mad scientist switches, like Dr. Frankenstein would use."

"A knife switch?" asks Kendra, musing. "It might be that. I mean - this isn't exactly a complete diagram Bina, but if that's the case, it would… well it would connect the input almost directly to the output. The temporal flow wouldn't get anywhere near the 'filters' or whatever they are. It would skip this whole section."

"How big a section would you say that is?" asks Bina, coming through the door again and down the stairs. 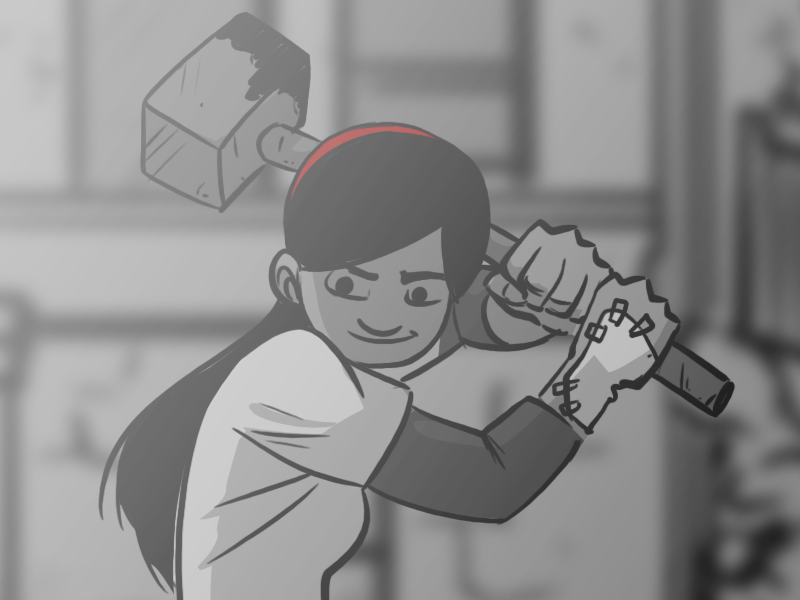 erroneousAllegation:
>Hit the "TV" with your magic hand until it works. If any part of this functions on the power of faith, then the common belief that hitting TVs makes them work should be powerful enough to fix them.

xooxu:
>Just kick it. That should work, right?

erroneousAllegation:
>It's a TV. Bang on it.

Bohandas:
>Try whacking it with a hammer or jiggling the cord

serpentineInterloper:
A tool? Get a hammer.

Then Bina swings the hammer.

Thank you xooxu! Wow, it's been a while since I forgot to do that. I must have been more tired yesterday then I thought.

Dalmationer:
>Get the portable x-ray.

This would have been a very good time to use that one.

This is one of those times where I wish I had the luxury of editing.

Instead Bina just does reckless things with a hammer.