Primary Temporal Position: 0788
Reset Temporal Position
After that they both pause. Bina waits for a few seconds, but Kendra seems to want to think for a bit, so Bina decides to finish her cereal.

wolftamer9:
> If there are no other ideas, just try to help Kendra with the Viewers at least.

As she's finishing up Kendra says, "I think we still have to fix the Viewers." 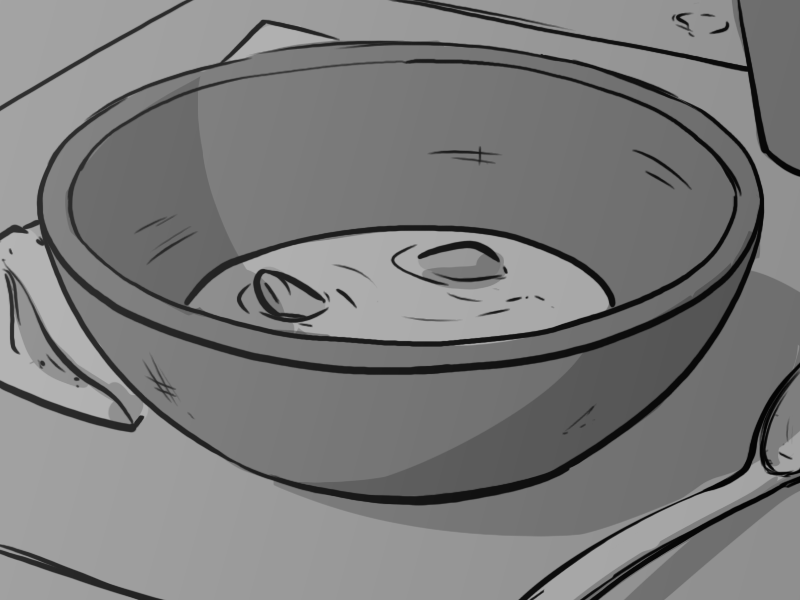 "I mean, ok, so the whole time travel thing might be a scam, and we might be playing into the Botfly's hands or whatever, but that doesn't mean that it doesn't work. Right?"

"Well… yeah. That's the insidious part. It does work."

"And time travel is really powerful. Crazy powerful. We can't just ignore it. Not if we want to rescue everyone."

"And we're still trapped here until we fix them, unless we want to play chicken with reality and hope we don't end up two miles in the air, or half way inside a wall or something."

"Yeah. I would prefer neither of those things happen to either of us."

"So, we have to fix them. Or, at least one of them, but preferably both."

"But we also have to remember that it's possible we're just playing around with the tools that Botfly has given us, and that it wouldn't give us those tools if our using them didn't serve its purposes somehow."

"Assuming I'm even right about that. I could be full of crap."

"I don't think you are. There's too much about this situation that doesn't make sense if physics is all that's going on here."

"Yeah, like all of it," says Bina under her breath.

"But you're right. We can't assume we understand why all this is happening. I mean," Kendra waves her spoon around. "Maybe the Botfly is doing this subconsciously, or accidentally, as part of trying to do something else, or maybe it's being forced to do it somehow. We don't know. Also, we're going to need a time machine."

It takes Bina a second to catch up with that last sentence. "What? Why?"

"For when we're out there. There's a bunch of them in the basement. We should pick one and make sure we know how to use it. Again, they might be powered by nonsense but -"

"Eurgh, yeah. You're probably right. We need to be careful about how we use it though. Smashing through time willy nilly like we have been is probably not the best idea."

"But it's too useful not to bring one with us. I get it."

"Well, that, and the Viewers and the Moment aren't that accurate by all accounts. Powerful, yes, but not accurate. They'll get us within a few minutes of a time and place, but if we want to do something super precise like catching Elizabeth while she's falling…"

Bina finishes her coffee and stands up.

tegerioreo:
Pause for a moment and ask Fuma to bless this endeavour before you do anything.