None of the clocks in the house work properly. They have to keep resetting them every few hours or they begin start to drift. The only accurate clock in the Moment is the Moment itself.

erroneousAllegation:
>Go read up on everything the other Binas wrote about the Botfly. See if there's anything regarding its motives or purpose, or anything else that might be useful. Check to see if any other Bina tried talking to it and what the results of that might've been.

"Urgh! I didn't realize how inane building a time machine could be. I don't care about paradox baffles past-me! You've been talking about them for forty pages!" 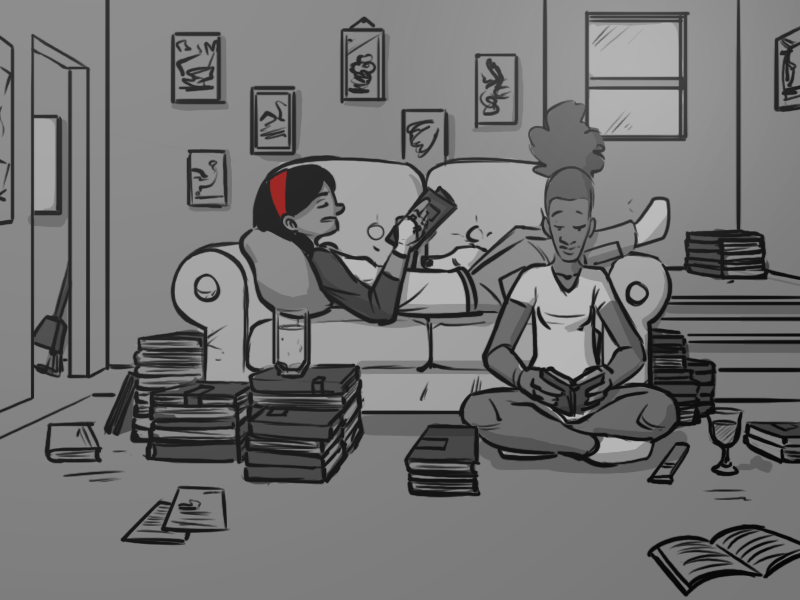 "This one's got nothing much on the Botfly either."

"Well we've only been at this for an hour or so. There are still a ton of journals left."

"Yeah, well I'm not holding out much hope. So far they haven't said anything that we don't already know. The Botfly is mysterious and getting stronger. It seems to either emit, or be in direct contact with, something that emits the unlight. It wants or needs people to look at it, and it doesn't appear to be mobile. It stays in the courtyard, which seems to be where Gregor is bringing the people he captures."

"Yeah, it's pretty, though everyone seems to disagree about what it looks like."

"And everyone seems to think that the Hound is connected too it somehow, but there's no real proof of that."

"It's a giant undead dog Kendra. Those don't just show up."

"I know! But there's no proof it's actually connected to the Botfly."

"I just feel like the fewer assumptions we make the better."

"Well we know that Gregor is working for it, or thinks he's working for it. That's not an assumption. He knows more than we do but only Nine seems to have tried to talk to him about that."

"Yeah, and her journals stop immediately after she writes about that plan, so it doesn't seem to have gone that well for her."

That's how all the journals end. The Bina writing them comes up with a plan. Maybe it's a plan to build a time machine to get her out of the 'Entropic Well', or try to set off a bomb in the construction yard, collapsing the roof of the Sugar Factory and burying the Botfly in a thousand tons of rubble. Or maybe, as it was in Nine's case, it's a plan to capture Gregor in a trap and extract information from him at gunpoint.

Whatever the plan, none of them seem to have worked. The journals stop and then the next loop starts and a new round of journals begins.