"Hey! There have been days where I would have killed to be cute."

"Argh! I know! That's the worst bit. I can't even be mad about it because I know it's crazy narcissistic and I shouldn't care and uuurgh… I'm just so short and you would not believe the number of times Lash has been asked who her 'little sister' is when we're out together and - Argh - I just wish I could pull off hot sometimes."

"I'm sure you pull it off just fine Bina."

Oh god, what does that mean?

Amphasaurus:
Ask Kendra for her sexual orientation. Don't get confused because of her thinking you can be cute.

She should leave it alone, she's had enough embarrassment for one day, but…

Bina's not really sure how to respond to that. 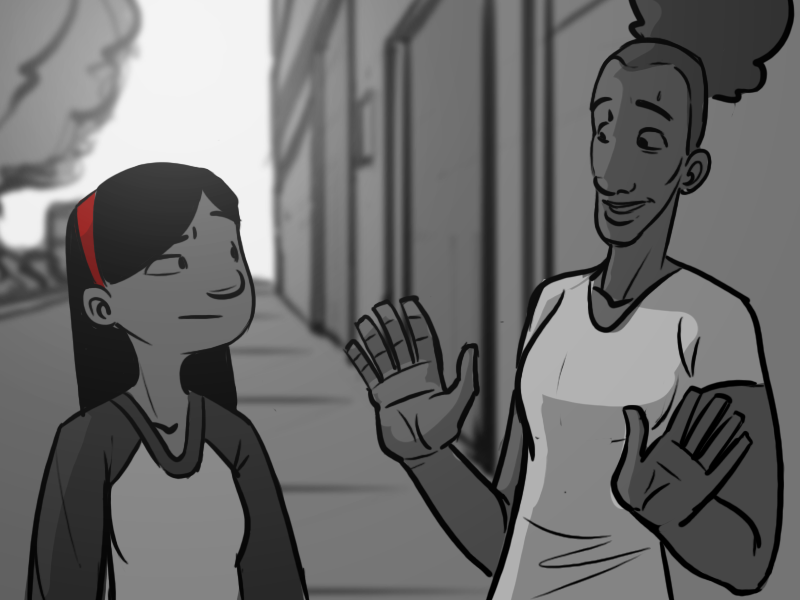 "God, that sounded bad. I mean - I still like mostly guys, that didn't change. It's just that later I realized that I'm… not… one." 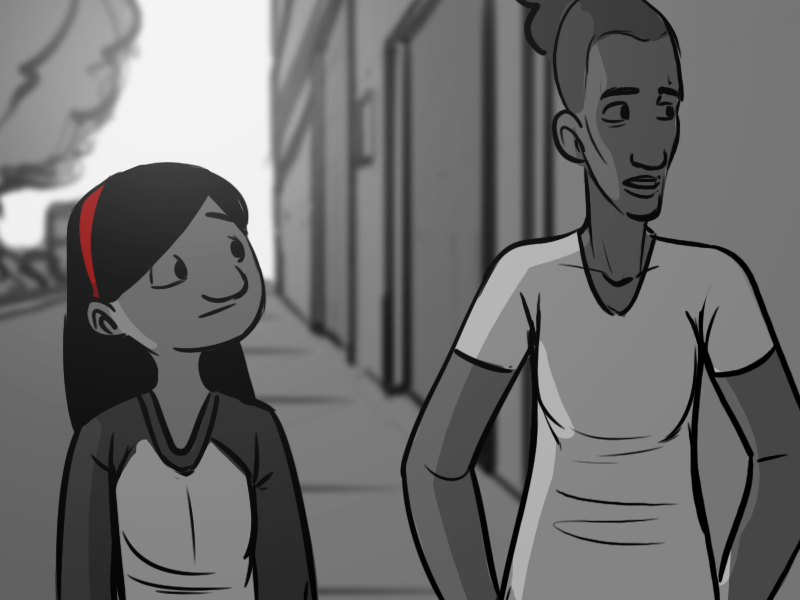 Bina realizes that, even though Kendra isn't looking at her, she's being watched very carefully.