"Well we know it talks to Gregor."

"No, we know that Gregor thinks it talks to him. That's not necessarily the same thing."

"Hmmm… You realize that I haven't really personally experienced nearly as much with this thing as you have, right? I've only seen it twice."

"It makes sense though. Think about it. You said it yourself."

"I did? I never said anything about the botfly being intelligent."

"No, sorry. I meant about Josephine. You said that she didn't really invent anything."

"Well, she experimentally proved that electrons are quantum particles in 1911, which is pretty -"

"You know what I mean! The electricity from people looking at it thing!"

"Yeah, that's pretty weird. That shouldn't work at all. It's like a child's understanding of quantum physics."

"Right! And even Josephine sort of admitted that when I talked too her. She didn't want too, but she did."

"Have I mentioned that you talking to dead people in your dreams is actually really spooky and concerning?"

"No, but it totally IS and how is THAT happening huh? Is there some physics formula for dead-people-talking-dreams?"

"This is, admittedly, not a perspective I find myself taking on a regular basis, but OK. I am a giant space bug who is also maybe a god in some way."

"Right! And you need people to look at you."

"Because it feeds you? Because it lets you become more real? I'm not sure about that part yet, but you need it. You wouldn't be having Gregor abduct people and forcing them to look at you for no reason. So what do you do?"

"I… hmm… ok, but abducting people seems like the least efficient way possible of making that happen. I mean, does it have to be me physically?" 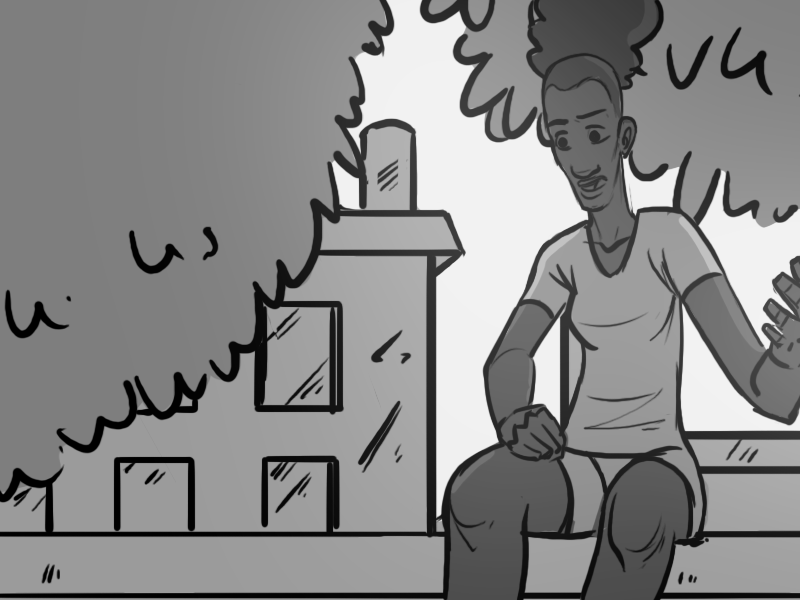 "I don't think so. I think it can be anything that looks like you."

"OK, well, then the best way would be to get my image in a YouTube video, preferably one with a cat doing something ridiculous. Wouldn't it?"

erroneousAllegation:
Just read this all today.

Good heavens! All of it? In one day!?

I admire your dedication. Thank you for reading.

tronn:
Ahah, this the best face she has ever made!

I love drawing these characters so much.

http://i.imgur.com/776cizR.png"/>
Debating making this my avatar for a while.

Hahahaha! This is so cool!