"Is itâ¦ the same water falling over and over again?"

BlueMoonHound:
I don't know, maybe they re-opened the crack and so the rain could go through to somewhere else– the moment?

"Is iiiiiiitâ¦ water falling from somewhere else? Water from the river? From the ocean?"

"No! It's still regular old water falling for regular reasons!"

"My story doesn't work unless you get it!"

"Well no pressure then, huh?"

"No. Can you just keep trying? Like, talk it out?"

"All right. All right. Fine. So it's regular water?"

"And you said the crack was healing when you got there?"

"So, that means it must have been there earlier."

"That's seems reasonable, but why?"

"Becauseâ¦ what? Because it was already cracked? Because we go back in time and crack it again?"

"Well, the journals go on and on about how it's hard to quantify exactly what it does, but it sort of folds the fourth dimension into the third dimension? It lets you interact with time as though it were a physical object."

"OK, but that doesn't explain where the cracks came from before you threw the brick at it."

"What are you even - waaaaaait a second." 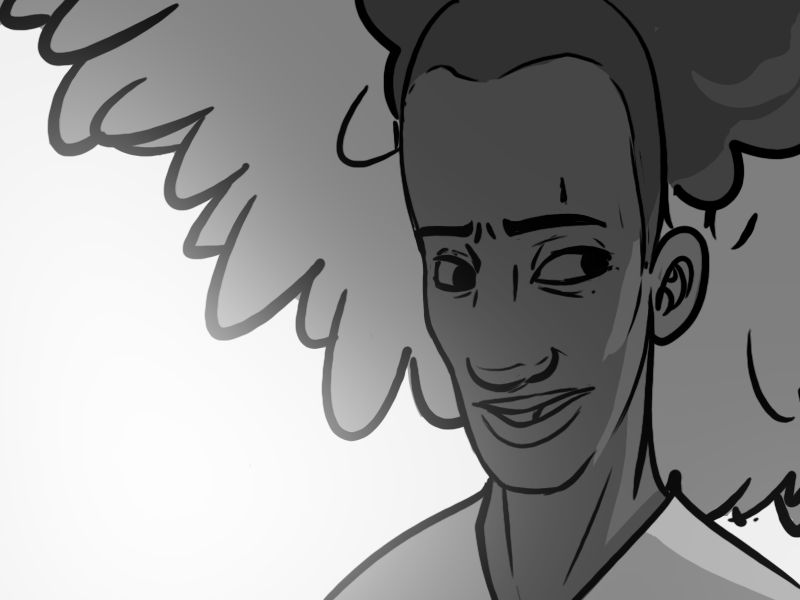 "You're saying the cracks from before, the ones you saw close up, they came from you throwing that same brick. Aren't you?"

tegerioreo:
The crack was closing BACKWARDS through time. So does that mean the event that shattered it hasn't (subjectively) happened yet?

"You're saying that you threw the brick at it, and we did our complicated time travel shenanigans and smashed that same place over and over again, and it cracked time in both directions?" 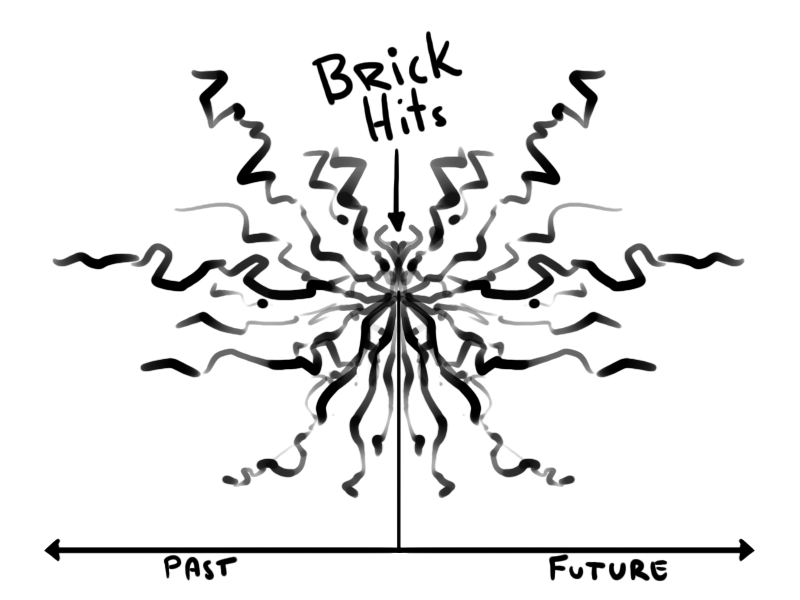 "That would mean that the rain started hours before you threw that brick, because the cracks, that it had not yet caused, were already making the air cold."

"That is messed up."