"Ehhh… didn't we already figure that out? I mean, the cold from the cracks was causing the-"

"Yeah! But why didn't it happen to the others? They got dust. We got mud."

"Because everything gets crappier the more loops there are? Bad Dog gets bigger. The bug thing gets more awake. The Russian guy gets more Russian."

"Yeah yeah yeah, but I'm talking specifically about the rain."

"It's your fault. You caused the rain." 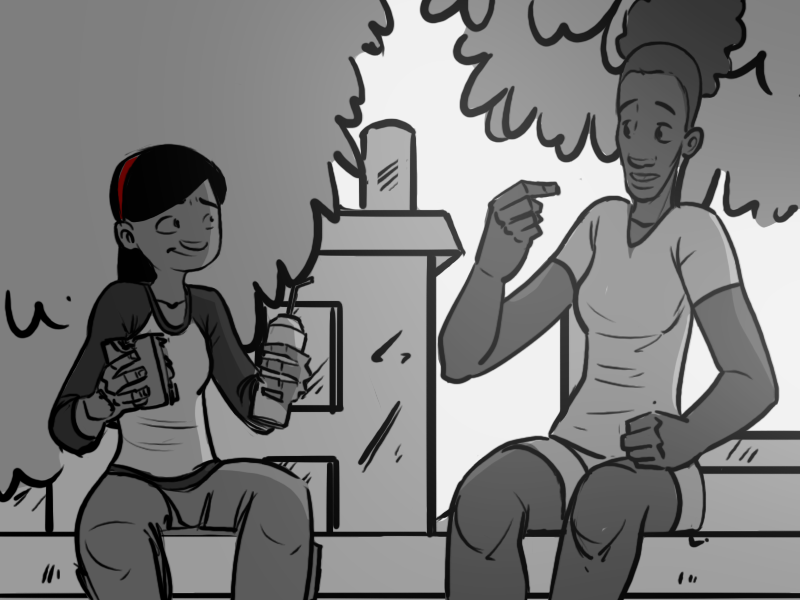 "Yeah. I mean, not on purpose, but you being there with me."

"I don't think you are, just… explain your reasoning to me."

"Right. OK. It was in the tunnel leading into the factory. Do you remember?"

"Yeah, I think I remember that place Bina. Vaguely. We were there a lot."

"So when we got there the first time. There was a crack. A crack that was closing up."

"I don't think that crack was there before, for the other Bina's. I think that was there because this time you were there too. And, well… you touched the TV."

"That opened the crack in time which - and ok, this is pretty weird but it's time travel so stay with me here - I then caused by going back to rescue you."

"Then later, we used a piece of that crack to go back in time using the time machine that you built-"

"- and we ended up, after a brief detour or two, coming out in the same place again." 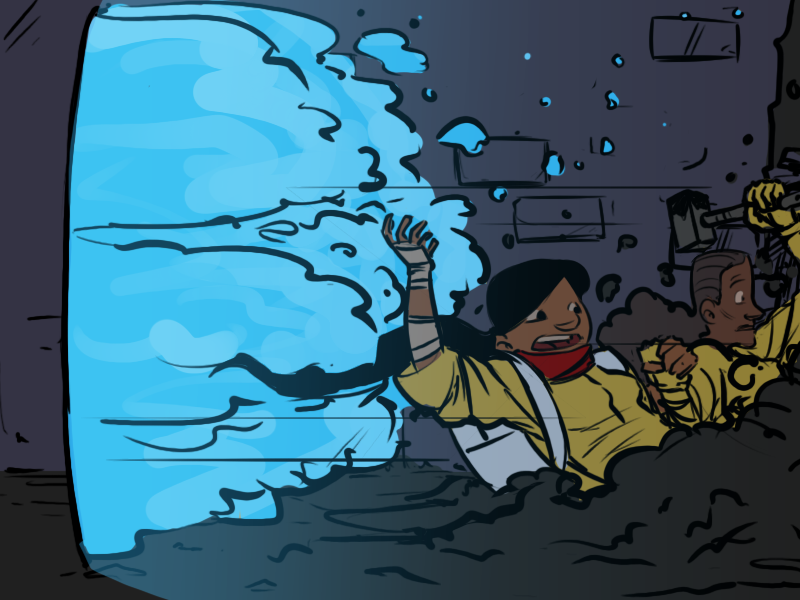 "We were smashing through at the same moment, in the same place, over and over again."

"That… probably wasn't the safest thing to do, now I think about it."

"No it wasn't, because later, I mean - before we used your time machine, but after we had our nap on the little island - we used the unlight to look around."

"Yeah, and the whole area looked like we were inside one of those weird glass bowls. You know the blue ones that look all shattered inside but are covered in lacquer? Just riddled with cracks." 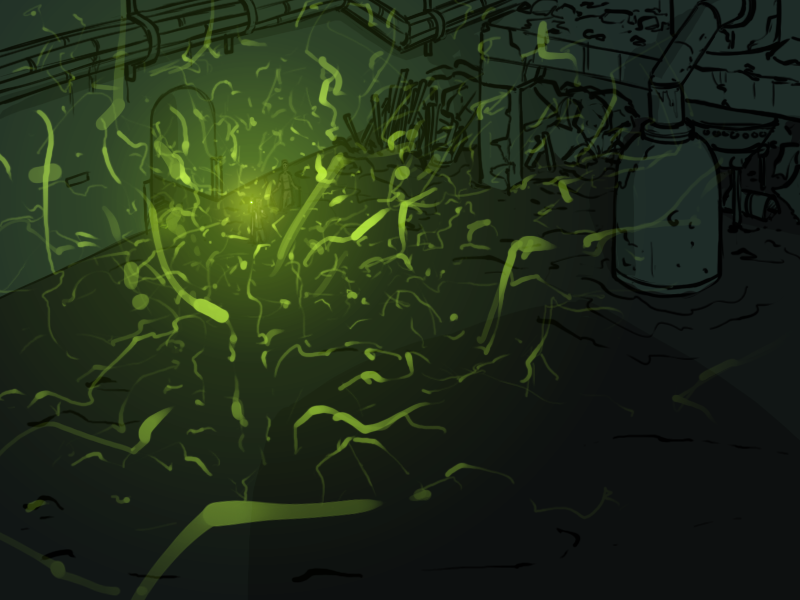 "But that can't have been what caused the rain Bina. It's a good idea but it had started raining, what, two hours earlier? It was spitting out before the Ruskie even grabbed me."

"Yeah, that confused me too, until I realized that the crack was closing. The little one that I saw the first time must have been the last piece of it left."

"Errh… I'm not really following you."

"Think about it for a second. You'll figure it out."

This is the last update in this thread!

You have served us well Thread 3.

We will always remember you as a good and noble thread, but the time of your rest has come. Tomorrow we start a new thread. I will post a link here to the next one. Thank you all for reading. You are wonderful people, and it is a privilege to write this story with you.