Primary Temporal Position: 0746
Reset Temporal Position
Dalmationer:
Maybe it's something to do with this place being pretty 'stable', so to speak. There isn't any paradox to power it.
Or maybe there just isn't enough electricity.

They've got a lot of electricity, it just isn't working.

"Here, just like - hold this against the back wall so I can use the mirror."

Kendra hands Bina a tiny maglight. They have lots of flashlights now.

Kendra inserts a long thin piece of wire with a tiny mirror on the end into a small gap in the device.

There is a loooooooong silence. Kendra wiggles the little mirror on a wand around in the back of the modified TV.

So this is going well. 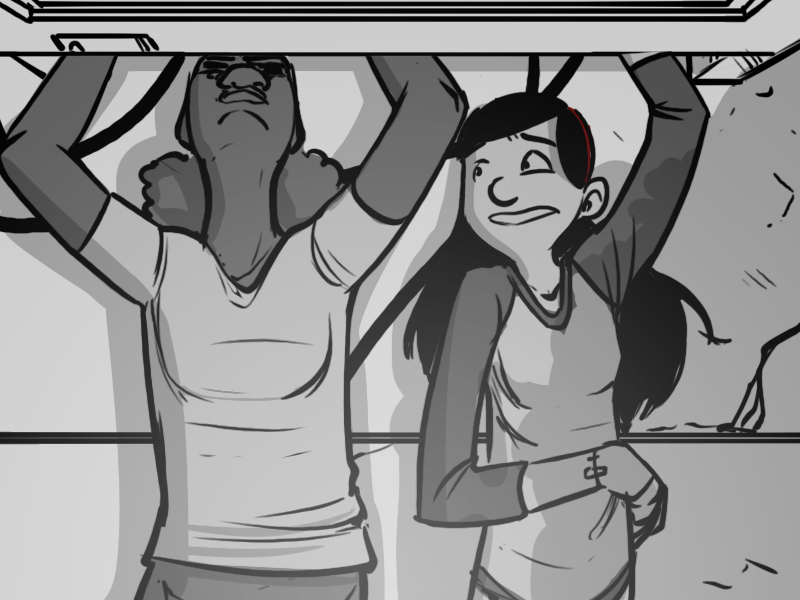 "I mean, despite whatever you may have seen while looking through the closets earlier. I mean, like, um, I really don't even know why that costume is here and…"

And precisely none of this is getting a response out of Kendra. Bina gives up, and sighs.

"So you having any luck?" 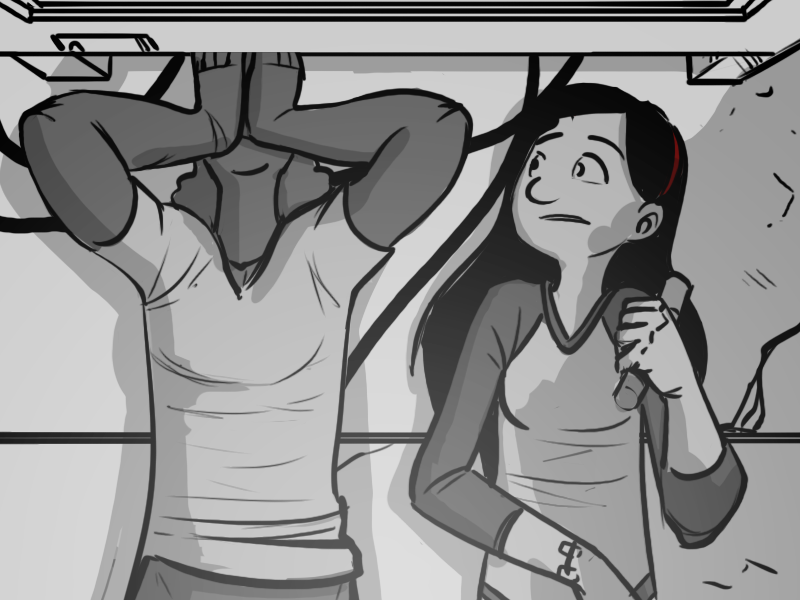 "Twelve was right. They actually are welded in there. If I go in through the back with the torch it'll crack, or I'll melt one of the beams or - crap, crap, crap!"

"Whatever Three was up too when she made these things, she really didn't want anyone to mess with them."