Because the Moment appears to expend space to extend time, and the efficiency ratio of that exchange isn't very good.

After six years, there isn't much "here" left.

Beastnix:
>how is that arm, glowy any?
BlueMoonHound:
I would like to know as well. 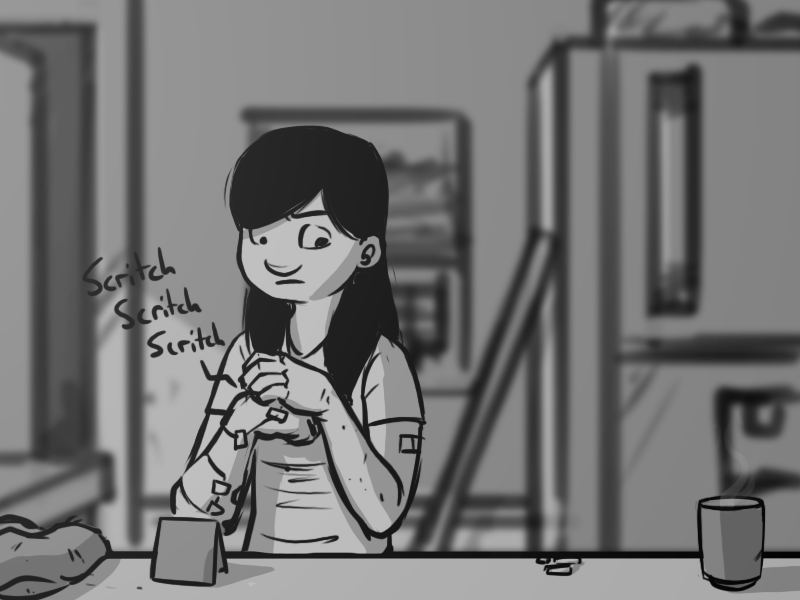 "Bina?" it's Kendra's voice from outside. This is followed a split second later by the galumphing clatter of Piotyr's claws on the hardwood as she barrels toward the front door. "Are you up yet?"

"Yeah!" says Bina, grabbing her coffee and, after a seconds hesitation, her pills. "Coming!"