They've only been here for a few days, but it looks like the other Bina's have wracked up about six years of subjective time in this place.

They're still getting a handle on all the rules to the Moment. There are a lot of them. Most are pretty esoteric. You wouldn't notice them until you tried to use a compass, or checked the thermal conductivity of tungsten.

Some though, you notice immediately. The only living things here are those they brought with them. No birds, no bees, no people.

There's the three of them, Kendra, Bina, and Piotyr, and the jury is still out on whether Piotyr is actually 'alive'.

Bina personally thinks that the dogs habit of eating anything that isn't nailed down is a mark in her favour, but Kendra remains unconvinced.

So it's just just Kendra, Bina, maybe Piotyr… and about a hundred million bacteria.

xooxu:
> Get a shower, but you have to change your bandages first. 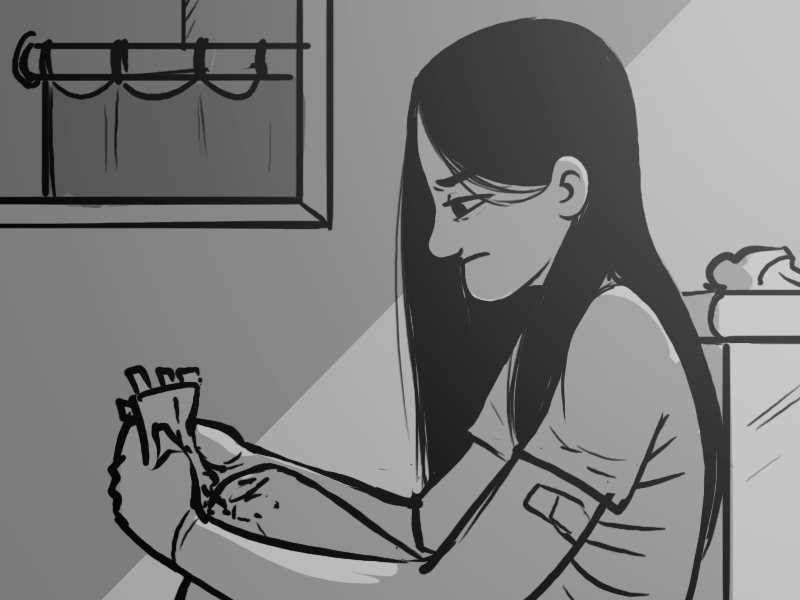 It turns out that a slurry of dirty rainwater, drainage runoff, sugar processing byproducts, decomposed beets, and partially cremated human remains, is really really bad to get in cuts. Who would have guessed?

Despite three days of antibiotic cream and twice-daily showers, Bina's knees are still puffy, red, and leaking through her bandages.

They are pretty much the best things.