Primary Temporal Position: 0709
Reset Temporal Position
They walk for a time. By silent agreement, they keep well back from the tiny plastic flags. The memories of the naughts hauling themselves out from beneath similar flags is not one to be quickly forgotten.

Dalmationer:
>Better be careful. The ground here looks even more unstable than the rest of the place.

The people at the work camp weren't wrong to label these areas as hazardous. They have to pick their way carefully between tightly packed, uneven pieces of rubble. They are forced to move slowly, reaching out with tentative toes, and placing each foot deliberately, only when their footing is assured.

"How many people do you think are down here? Do you think all the flags mark a… you know?"

"I don't know. The duplication thing makes it hard to figure. I mean, if you have three copies of the same dead person, do they count as one person or three?"

"And what if they're all kinda splinched together like Horatio? He was maybe four people with all those arms of his."

Neither of them have a good answer to that question.

"Ah ha! There!" says Kendra, after another indeterminate period of careful progress.

"In there, through the wall," she says, pointing. "The flag!"

Bina looks through the wall. Ice-cubes begin slithering down her back.

"It's not orange!" says Kendra, and the enthusiasm in her voice makes Bina suspect that she has not been nearly as confident in their course as she has been letting on.

Sporothrix:
> I wonder what these orange flags mean?

"Each sector has a different colour. We started in Sector Five, which was blue, and then we went into Sector Three, which was orange. Now we're in Sector Eight. If you're right about Josephine's lab being down here, it should be nearby." 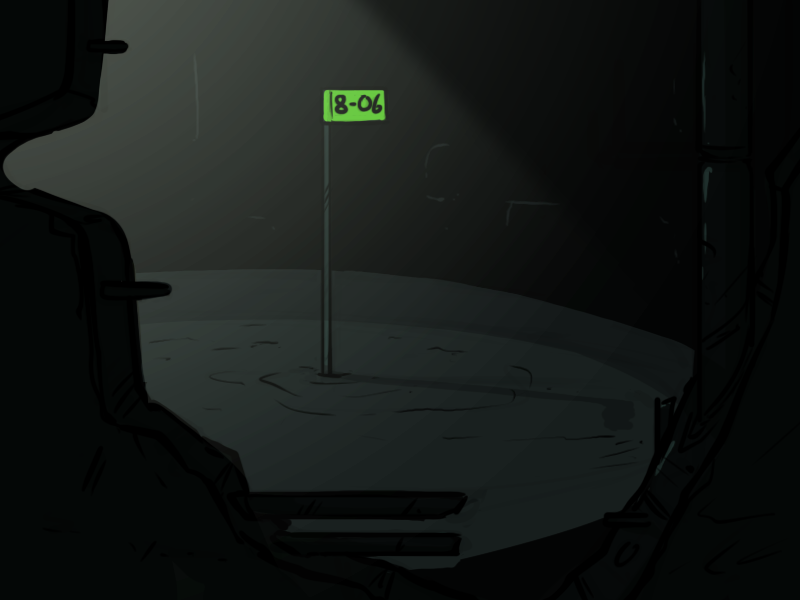 Dalmationer:
Small typo in the title; it should be 'In which Kendra expresses her concerns, rather than expression.
Thank you madame!