"Are we anywhere near the uh… the other one?"

"No, we're near the, what I guess is, the south wall. We're maybe the same distance from the west wall, the one with the tunnel, but we're far away from the other place like this."

"I suppose if I suggest 'Maybe they just had two garage's' I'm going to sound like a bit of an idiot."

xooxu:
>Bina already hypothesized that the factory was repeating itself. The gas station before was missing a letter or had a letter knocked down (the S? I think?) and while it's possible that it was knocked down some time between Bina pulling Kendra through the mud and you guys finding it, it's just as possible that this is another version of this gas station.

"Nnnooo… if this were anywhere else I'd say that would be the right thing to think, but down here…"

Bina trails off. The implications are obvious.

"Hey wait! Where are you going?"

"Stay hhere! I want to check something!"

But she's already set off towards the garage. 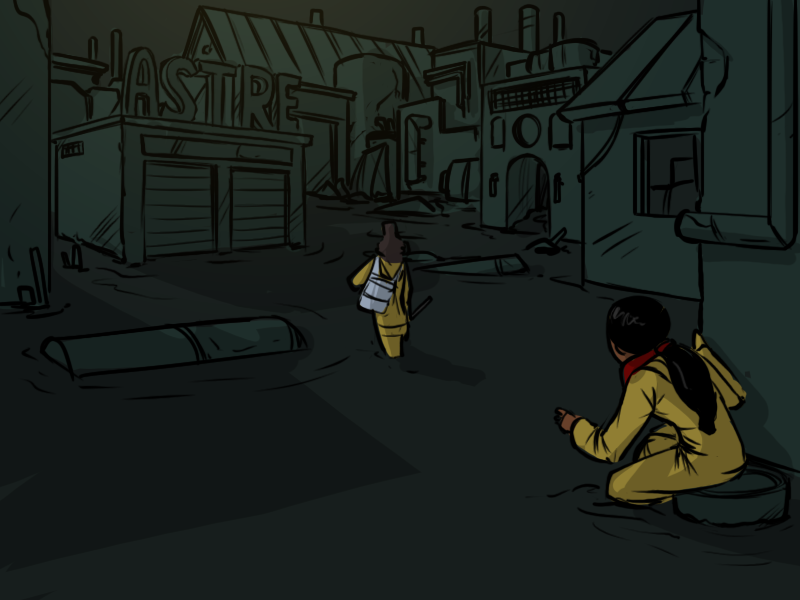 "Kendra! We don't have time for this!"

Bina has no idea if this is true.

badatnamesbluhbluh:
That should be a "you're."
Merci!

Vancho1:
Should probably be "lessens".

Also merci! I was not happy with that entire sentence. "Lessens" is an awkward word.