Piotr doesn't really seem to be going anywhere. She's busy exploring under the second desk. Apparently there are INTERESTING SMELLS down there.

Anthano:
> Hey, Bina. You know if any relatives of yours ever worked at a factory like this?

A sugar factory? No. She doesn't think so. 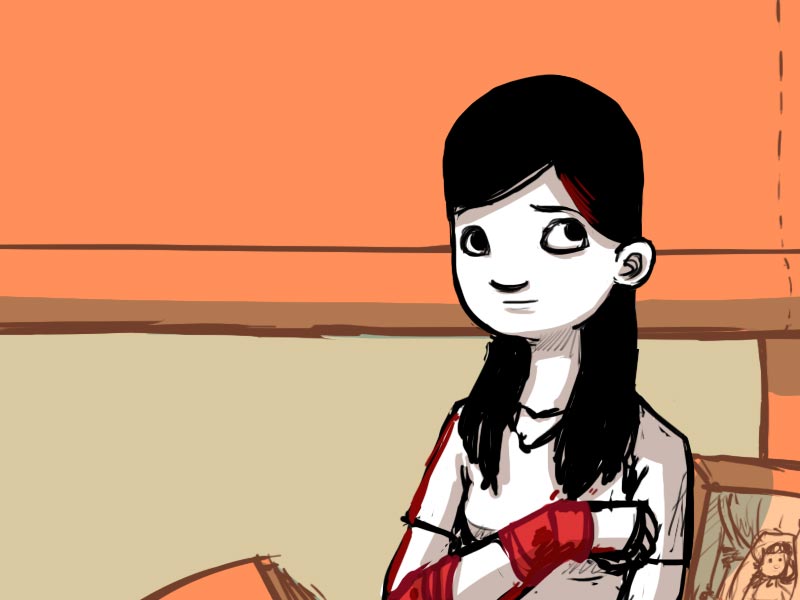 Her dad did work in a factory when he first came to Canada, in Nova Scotia, but it was a toothpaste factory. He slit open bags of seaweed with a knife, put the seaweed on a track, and the track took the seaweed away.

Bina remembers hearing him talk about it when she was younger. He said it wasn't a bad job really, boring yes, and badly paid, but peaceful. Much better then listening to clients complain.

Her dad is an architect, and according to him, EVERYTHING is better then listening to clients complain. Root canals, apendicitis, election season, sudden and inexplicable meteor impacts. To hear him tell it, nothing compairs.

The first time he told her about his old job, she didn't believe him. Toothpaste made of seaweed? That's silly! Everyone knows toothpaste is made of mint! Duuuuhhhh!

She had been so sure that she was right. She was ALWAYS sure that she was right when she was in third grade. He'd listened to her, and then patiently explained about congealing agents and how they were used to make the toothpaste, and a whole bunch of other things, stick together. He always… he always took the… 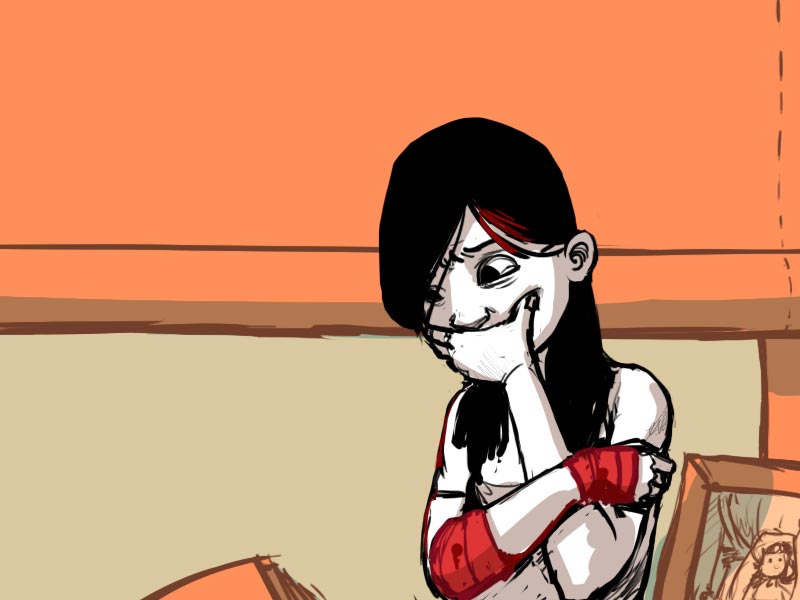 For a second she misses her dad so hard that it hurts. Like being kicked in the chest. Like being run over.

God, she wishes he was here. 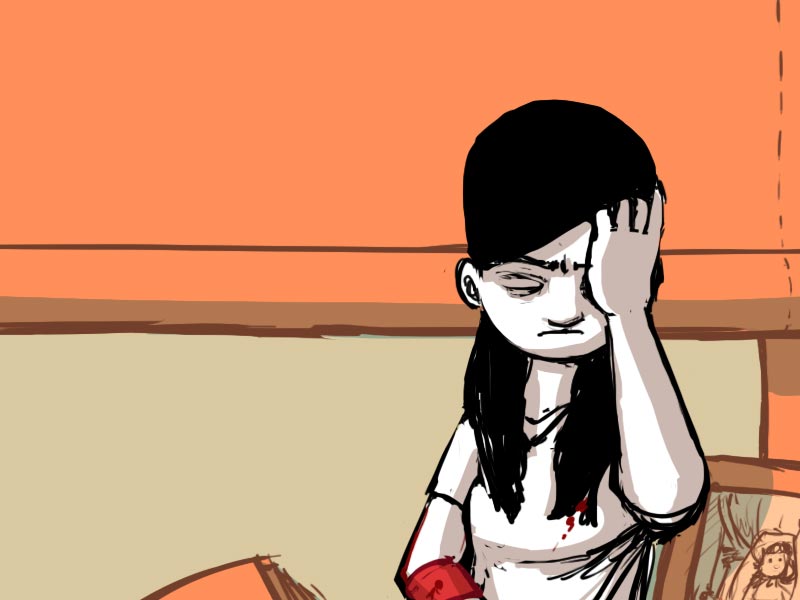 Keep it together Bina, she scolds herself. You can have all the nervous breakdowns you want when you're somewhere safe.