Good idea. Bina does remember them saying something about her not seeing things correctly, before they got sidetracked arguing the first time.

If - When she goes back outside she'll make sure to ask…

The door clicks shut behind her. Bina promptly freaks out, before realizing that it was just the breeze.

Hmm. That's funny. She thought it was dark in here, but the lights are on. Maybe it's just her eyes adjust -

See what's actually in front of you Bina.

The lights were off before. And now they're on.

Something fishy just happened. Bina tenses, but the only thing that seems to have changed are the lights, and a subtle quality in the air and the light. 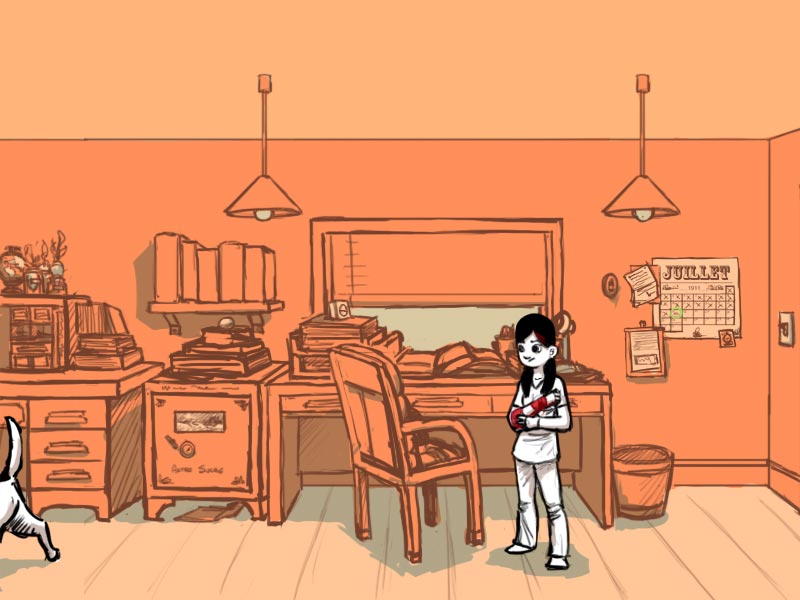 Kíeros:
> Given the last marked date, how long does it appear to have been since that time, judging from the decay around you?

It doesn't look decayed at all. It looks like whoever works in here just stepped out for a coffee.

This place is a comfortable looking, if very messy, office. The desk in front of her is covered in papers, as well as a few big ledgers, and one of those old phones, with the receiver you have to hold in your hand.

There are no computers.