"Eurgh… and the smell. I'd forgotten how bad it was. I'm starting to think the dust would have been better."

"Are we really in this danged tunnel again?" 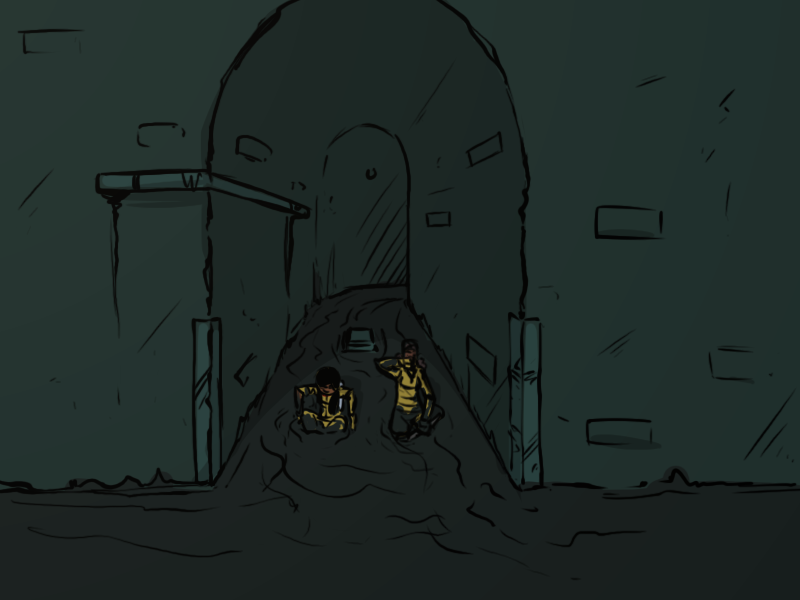 "Yes, we are really in this danged tunnel again."

wolftamer9:
*Facepalm* You guys are just wrecking your timeline.

> Hey, this was your original goalpoint, wasn't it? You could probably get to the Moment from here!

"Hey! It could be worse. I'm pretty sure we can get to the Moment from here, assuming it's where you think it is."

"The office would have been better! We have to walk so far now!"

"Yeah, well, we did just travel through time. Twice. In like five minutes. After that, the fact that we're not two blurry clouds of quarks accelerating at the speed of light? I'm counting that as a win."

This is hilarious. Thank you Alcastar! Though I imagine Bina might object at being cast as the Princess.

Gah! Some of those other images are terrifying! That clown!

xooxu:
Also, there are very, very few actual panels in that search. Did you sell your soul to the devil to keep your images off google, Jack?

Nope! I use dropbox for everything though.