It's not a question, but Bina feels compelled to answer it anyway. 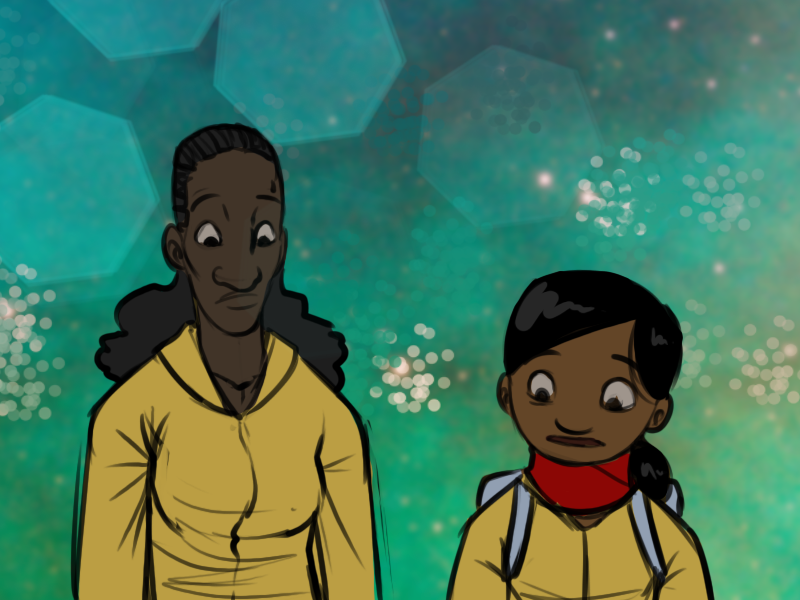 "You didn't mention it was so… substantial."

"It wasn't," says Bina, "First time I saw it I mistook it for a television. It's, uh, it's gotten bigger. A lot bigger."

"Well that's," Kendra trails off, trying to find an appropriate word. After a few seconds of thought she settles on "Alarming."

Bohandas:
so many timebergs floating in the void like the corpses of dead gods

"Which one should we take though? I mean. We're sort of spoiled for choice here. One of the nearby ones, I'm thinking."

Maltor:
It's probably best not to go too far down just yet.

"I don't want to get any closer to that then I absolutely have to."

"We probably shouldn't over-think it," says Bina. She's got the feeling that 'away' is more important than 'where to' at the moment.

"So… eenie meenie miney mo then?"

"Unless you've got a better idea."