No, and she's not really sure why.

a52:
>It's not at all like you've broken every rib in your chest at this point

Her ribs hurt, and her bruises are still all bruis-ey, and her knees still feel like they've been introduced to an angry golf club. All that's still true, but she hasn't been reduced to a rubber bag full of bone shards, which is what she probably should be, considering the distance she just fell.

So she's not complaining!

OK, she's complaining about the dog. Lots of complaints about that. 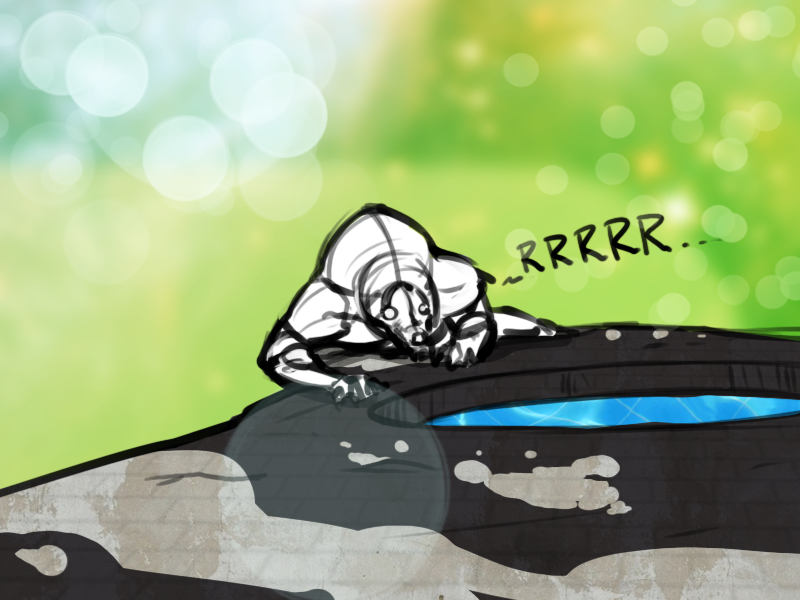 Piotyr starts growling again, which hits Bina as unfair. She's pretty sure you're either allowed to growl OR have a hideous and intimidating skull-like head. Not both. Both is unfair.

Kíeros:
> Coefficient of static friction: Be less than the tangent of the angle that the object has.

In other words: > Not-Pyotir and Bina: Slide 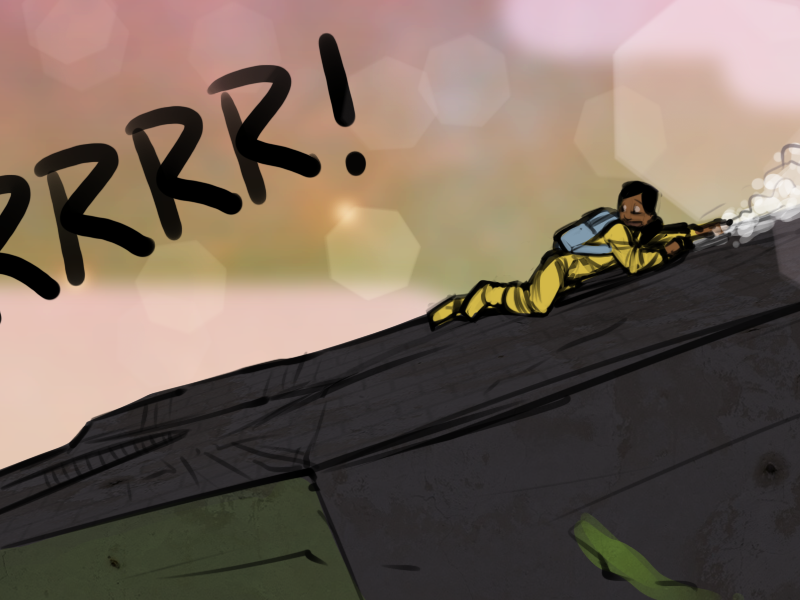 Definitely complaining about this!