>Kendra, grab something to use as a weapon!

"What are you doing?" hisses Bina.

"It's not paying attention to me," whispers Kendra. "I'm going to get your hammer and-"

"What then!? We can't just stand here forever!"

Bina tries to edge toward the door.

The creature tenses, it's claws digging furrows in the linoleum. It wriggles a few feet closer.

"You were just saying -"

"I know what I was just saying!"

They both stand there for another long sticky second.

"So this is going horribly," whispers Kendra, faux causal. "How much power do you think we have left in those flash-light batteries? Considering how much we've screwed this up, I'm thinking not much."

"Hmmm," says Bina, who has been thinking. "I'm not sure we've used any. I mean - any more then we would have just getting here." 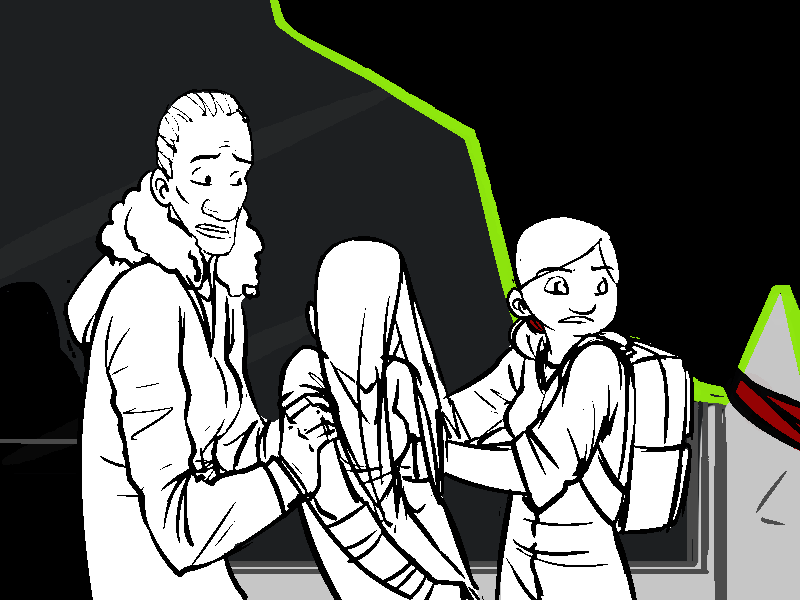 The skull tracks past-Bina as she is passed from hand to hand. Piotyr's claws kneed the floor of the laundromat tearing up tiny strips. Bina is pretty sure that, if the enormous monster were still a regular dog, she'd be whining.

"Put her on the bench, then stand back."

"Bina, I don't like that look on your face, that's you're 'I'm about to do something incredibly dangerous' look."

"I do not have an 'I'm about to do something incredibly dangerous' look."

"Right, well, what are you going to do then?"