Kendra isn't sure if she should introduce herself. This is probably a lot for Bina to deal with, on both sides of the time gap. She makes a non-committal "Uhhh…" noise for the moment.

Bina says, "Crap! I don't remember any of this!"

"Who's that?" whispers Past Bina. "She's really cute!" 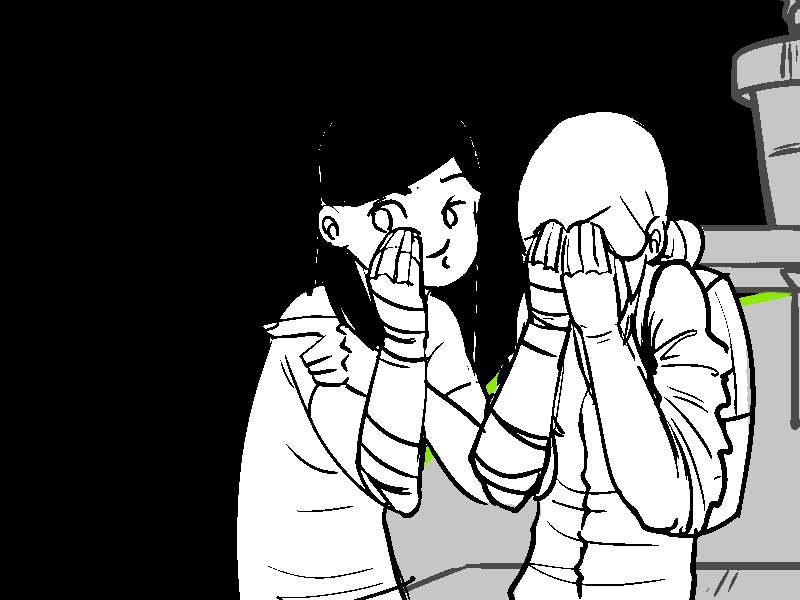 Alcastar:
Hold up, everyone. something seems a bit, Off. The Bina I knew and still know would be flipping out like she is right now, this "past" Bina isn't even fazed by the fact that she just met herself~! Is the Past Bina even a Bina?!

Am I just being paranoid?!

"You're taking this very well," says Kendra to Past Bina. "Like, unnervingly well."

"What!?" Future Bina's finds her voice climbing several octaves over the course of a single word.

tegerioreo:
Binas: Make out. You HAVE to. I think that's like a universal rule or something.

"I mean, we're like the same person, so it's sorta traditional, right?" says Past Bina. "Oh! Wait, can I watch while you two make out? That would be hot. Yes, lets do that. That sounds better."

"What is wrong with you!?" asks Future Bina. She turns to Kendra, "I am normally not like this. Really. You have to believe me."

"This is a dream? Right?" asks Past Bina, a little hint of worry creeping into her voice. 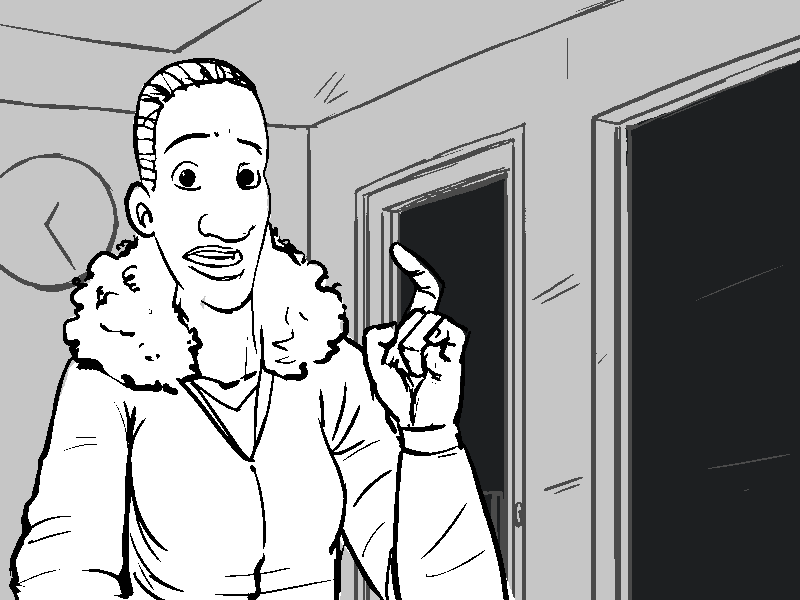 "I mean, I was really tired, and I came in here to do my laundry. At some point I fell asleep, PROBABLY the first time I lay down on those horrible chairs over there, and then I had a weird dream about a dog, and a factory, and I'm probably lying on my arm wrong, which would explain that whole deal with the wires and -

"No!" says Future Bina, grabbing Past Bina by the shirt. "That is not what is happening! This is all real!" 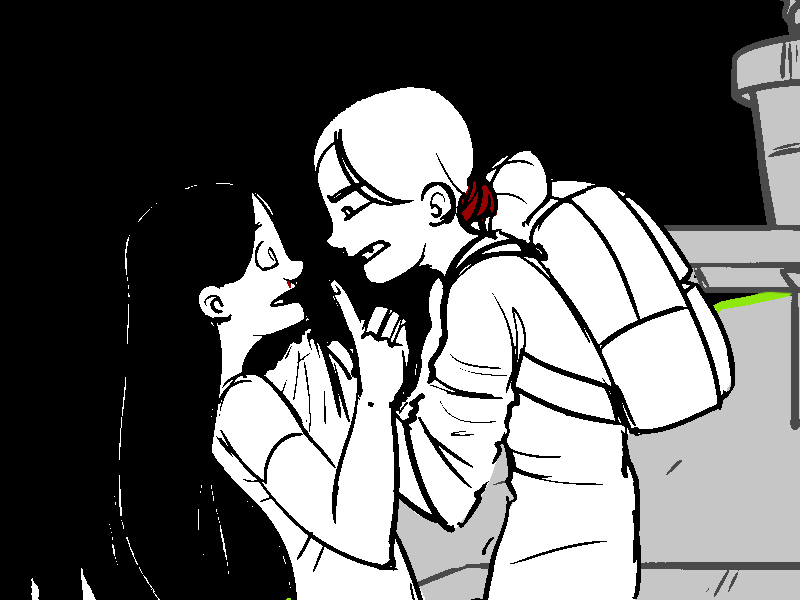 "A dream would say that."

"A dream would say that too."

badatnamesbluhbluh:
>Bina: Try not to freak out and do something you'd regret.

tronn:
you want to do with (and too)
Merci!

xooxu:
I'm not sure, but I think you might mean "the dumb crap she was already going to do." I'm having a hard time wrapping myself around the time-traveller-tense in general, though. Another sensation only available to time-travellers.

You're right, that would be a way to phrase it, but I think I'm going to stick by my original phrasing. Time travel tenses are weeeeird.