"Is it supposed to do that?"

SNORKELBITCHMEGAHITLER:
USE THE GREEN THING ON THE DAMN TIME MACHINE BINA

"Shine the danged light on the shard then!"

Bina does. Kendra touches the targeting wire to the conductive plate.

The shard of time clouds over, turns black, and begins to hum. 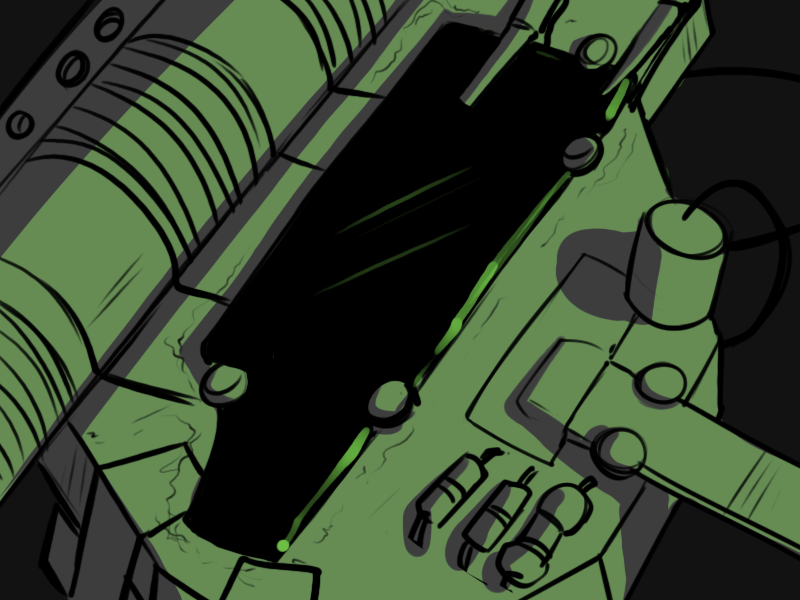 "Is it supposed to do that?"

"Yes! I think so." says Kendra. "OK. OK! Now I just have to adjust the amount of electricity going through it until we find the weak spot."

"The weak spot?" asks Bina, emphasizing the first word. "Which one are you aiming for?"

"The one from just before when we met. The one that messed up your voice. It should be the second-to-last one. That'll give us plenty of time, and we know where Gregor is then, he's taking you to the basement so…"

"The journal said we'd feel it. I thought she meant, like, intuition or something, but she has to have been talking about the vibration. I bet the vibration changes based on targeting proximity - Argh! This is what the acoustic chambers are for!" Kendra smacks herself in the forehead with the heel of her hand.

At Bina's confused expression she elaborates, "Some of the other designs have these acoustic boxes right under the shard socket, but I couldn't figure out what the point of them was. Heck, if you knew the pitch for the different weak spots you could make a kind of automatic targeting system if you had some audio softw-

"Not to hurry you along or anything, I know this is really cool, but I think we're about to have company!" says Bina. "Can we make with the time travel already?"

"I can certainly try."

Outside the truck there are familiar gasping moans.