Primary Temporal Position: 0064
Reset Temporal Position
ICan'tGiveCredit:
> Bina: How have you not died of blood loss yet
Dregadude:
>realize you're taking this whole "lost many pints of blood" thing REALLY fuckin well

She's not going to underestimate how bad she's hurt, 'cause she is hurt pretty bad. Puncture wounds don't mess about, but she's not bled as much as one might expect from looking at her, especially not after she got the bandages on.

Most of the blood on her shirt comes from the fact that she was lying in a puddle of her own blood while she was unconcious, which is gross and terrifying, but most of the blood is actually ON her, soaked into the back of her shirt. 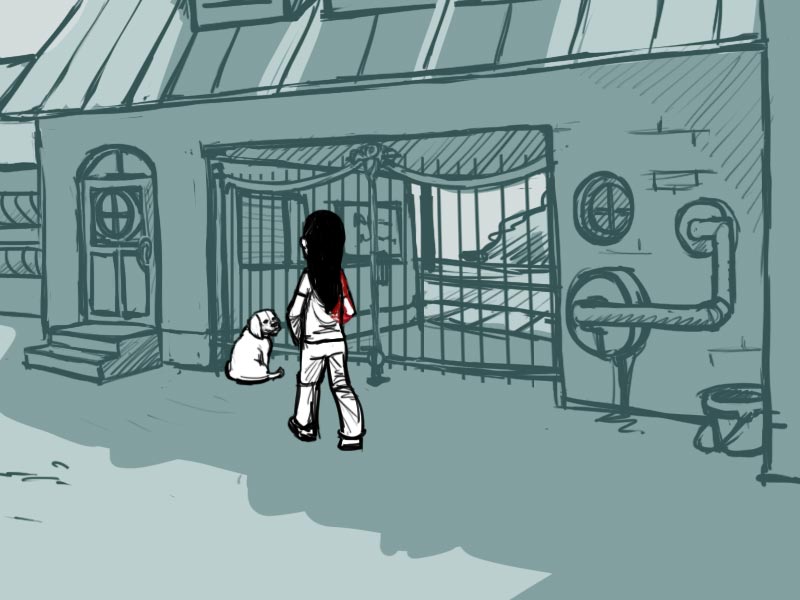 She's not sure how much she's lost exactly, but it's probably no more than a litre. That being said, Bina is not a large person, so a litre, for her, is a lot.

She's pale, her skin is cold, and her head is still feeling pretty floaty, but she doesn't feel as woozy as she did before, when she almost passed out near the couch.

Not yet anyway. Medical attention would be super amazing right about now!

Or at least a drink.

Ideally, a drink that isn't 80% sucrose.

Bina!? She hears Mrs. Hyung call out to her.

It sounds like their argument has finally slowed down enough for them to notice she's not there anymore.

She considers not replying for a second. They haven't been much help at all and a perverse part of her wants to let them worry, at least for a few seconds, but she decides that this would be mean. They're not having a great day either.

She's here, she calls out. She's ok. She's just looking for a way out. 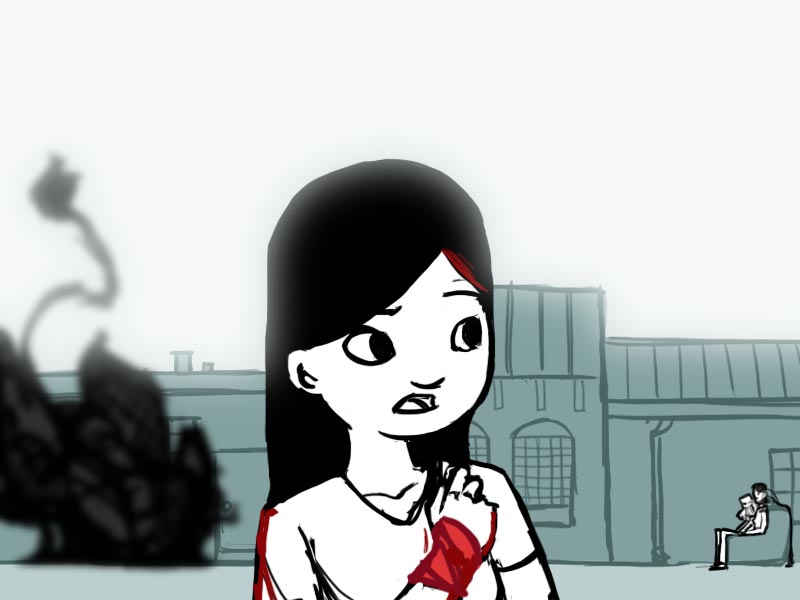 Petrovich yells at her to be careful.

She informs him, that, duh, she's of COURSE going to be careful. Do they think she's an idiot?

She hears something that might have been 'Well you DID look at monst-' but it is cut off, as though an elbow was driven sharply into someone's side. 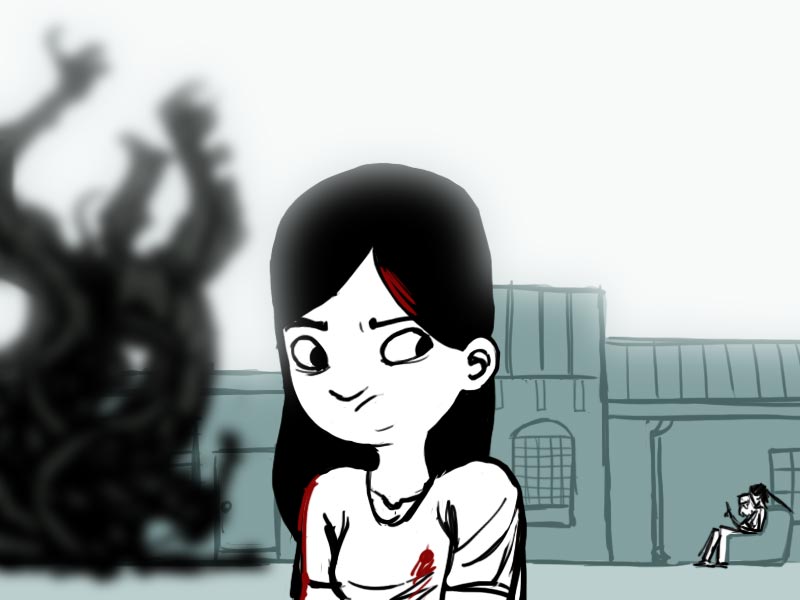 She decides to ignore it for the purposes of diplomacy.