Might as well try some anyway. Bina runs a finger under the stream of syrup.

Then, before she thinks better of it, she sticks her finger in her mouth. 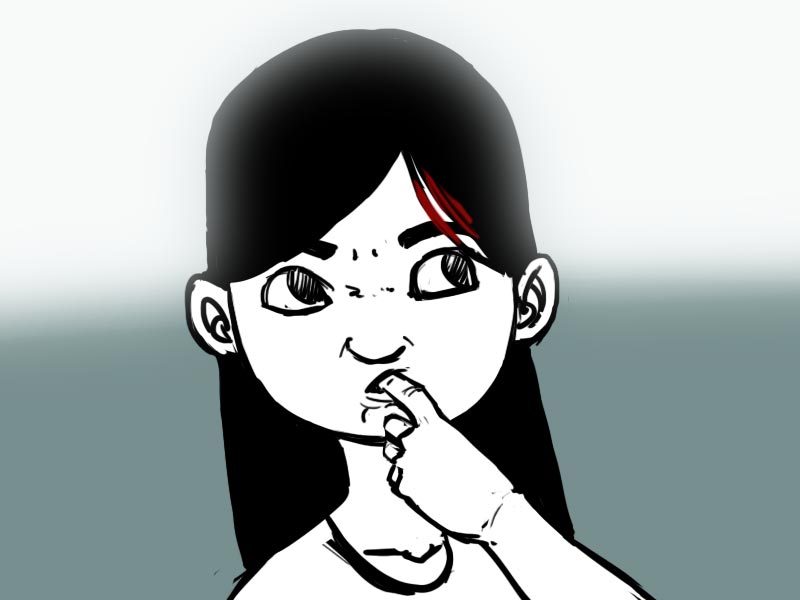 It tastes sweet, and sticky, and also a bit like blood.

It's gross, and probably really bad for her, but edible.

Still, she decides that she is not going to drink this stuff until she's desperate.

Then she remembers that she's trapped in an alternate reality with nothing to eat or drink, with two serious puncture wounds, and something that tried to EAT her when she LOOKED AT IT.

She revises her previous decision to 'she is not going to drink this stuff until she is MORE desperate.'

Fuade:
>Realize that you probably don't want to eat a beet that's been in a dogs mouth.

Bina doesn't want to eat the beet, but if it's a choice between eating the beat and drinking the syrup, it'll be a toss up as to which one she goes with.

Here's hoping there's a Tim Hortens somewhere nearby. Or a salad bar. Or a shower. Oh man, a shower. That would be awesome.

epoxy:
It's probably processed beet juice, but who knows how long it's been sitting in the pipes. See if any of the nearby doors are open. If they're not, you can use the bucket as a tool to smash windows and clear away the glass. 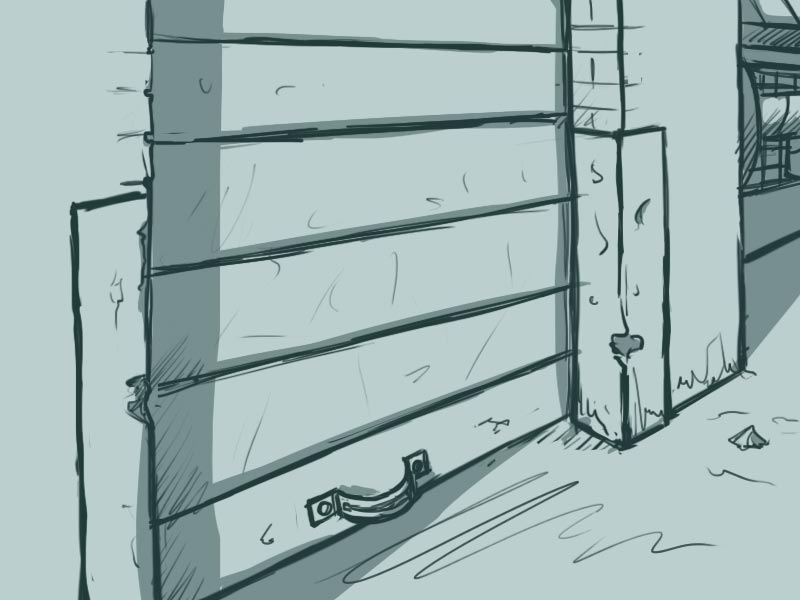 She's beside a door right now, one of the kind that slides up on a track. It looks really heavy. She'd probably need both hands to open it, and that's… not really an option right now.

There's no glass in this door to smash, it looks like solid steel. Dang.

Wessolf27:
>Do you see any other faucets on the wall?

That's a really good idea, but no, now that you mention it. Not in a gate-ward direction at least.

She almost turns around to check for more faucets…

tegerioreo:
> Look around for another tap, but don't accidentally look at the TV!!!

The not-tv is in that direction. 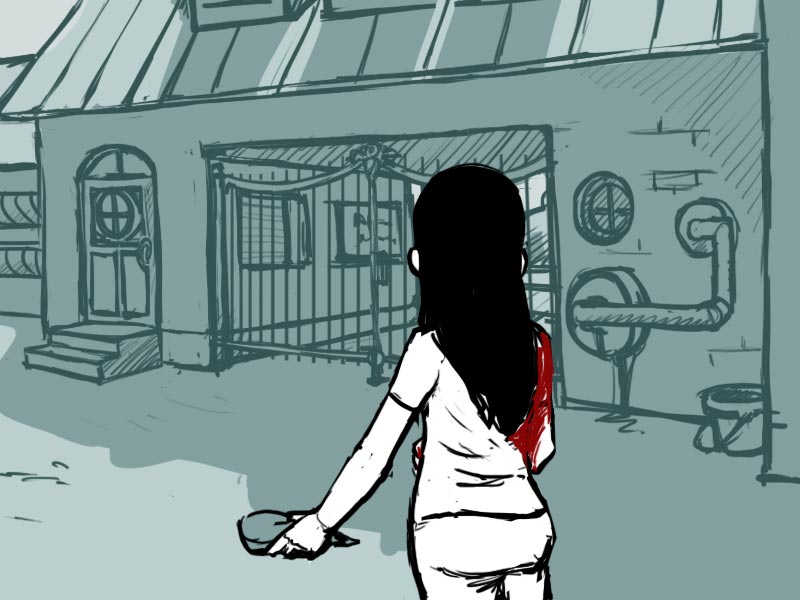 Hmm… there's no glass on THIS door to smash, but there IS glass on that smaller door over there, by the gate.

Zephyr:
Ohmygodohmygodohmygodit'sthestufftheyfillbucketswithohmygod.
So… I totally didn't get ANY of what you were going on about until, like… now, when I'm going to post this.

This scene has pretty much guaranteed that one would not be allowed, on Alternia, to show this in schools.