"I tested it. Not particularly vigorously you understand. I had other work to do, and it was a curiosity more then anything else. I didn't really understand what I had my hands on until I figured out how it worked."

elementaryMydear:
> But I thought that your experiment had to do with a phenomenon resulting from observation? This tile seems to work in the opposite way.

"How does this have anything to do with observation though? Your experiment, the one that went bad, and the Botfly, they both seem to need people to look at them to… do whatever it is they do. This thing, did it do the opposite? It reacted to not being looked at?"

"Ah, that is what I thought, it was a weird idea, but it fit with my observations. So I tested it, I had Leo sit in the room with the tablet on the table and steadfastly ignore it for about an hour." 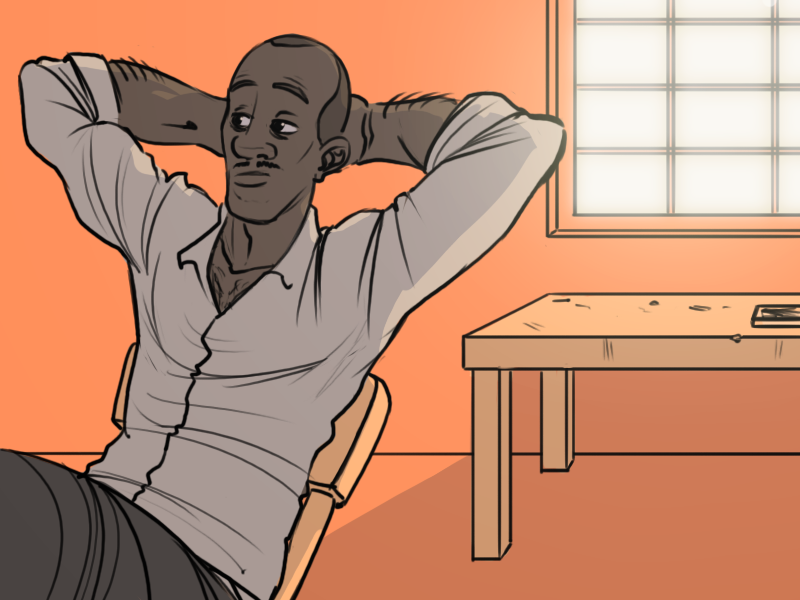 "And?" I ask, she seems to be drawing this out for some reason.

"It did nothing. No charge at all."

tegerioreo:
I am very familiar with the phenomenon of fans who say they will buy swag if you offer it, but then when swag becomes available it remains mysteriously unsold. If five people say they'll buy a shirt, only two of them actually will … so proceed with caution if you decide to go down the T-shirts, Badges, and Posters route. I would recommend using a print-on-demand store like CafePress or Zazzle; it's more expensive for the fans but a lot less risky for you. Going the traditional way and getting a batch made means a lower per-unit cost, but you'll have cartons of items which YOU are responsible for getting rid of, cluttering up your living room until they are sold. It takes a lot of energy to flog that merchandise, lots of time at conventions or at the post office; this is time that would be better spent working on the story.

Hah! Yes, that's something to think about.

I have never done merch before, but I have heard the wailing and gnashing of teeth that comes from those poor souls with unfortunately sized print runs.

Thank you for the advice, if I do anything it will be print on demand.