Alcastar:
Almost is an understatement. this time stuff could go further back than Josephine's experiments. or its one of those time fixing itself things and the Assistant was introduced into Josephine's past after she discovered the time-breaking experiment.

"Are you sure? This time travel thing is pretty pervasive in my life - both - our lives."

"Well, I can't speak to that, but she wasn't like any of version of you that I've met."

"Where did you meet her?"

"I found her working as a clerk for an accountant in Verdun. The accountant worked for some of our farmers and he was a slippery weasel of a man. I had to go to his offices in person several times to get him to release papers, or finish work he'd promised to do months earlier. That's where I met Chantal."

"She was smart. She was quite a bit smarter than her employer, and was clearly miserable working there. On the second or third time I saw here there, I had to wait (Monsieur Weasel was out weaselling about somewhere), and we got to talking. She was very clever and I liked her so I hired her on the spot. We didn't even wait for him to come back, we just left."

tegerioreo:
The tiles were salvaged from an ancient Inca temple. It all makes sense now.

"Hmm," this still seems fishy. "So you have no idea where the special tablet came from?"

"Chantal said that she'd probably picked them up from one of the construction sites down by the docks. That's usually where we picked up our large building supplies. A building would get finished, but someone would over-stock, buy too many bricks, or beams, and Chantal or Leo, they'd go down and buy the left-overs for a song."

"Or a yard-sale maybe, or the town dump, always good stuff at the dump, or one of those little shops in china-town that sells everything. That last one is where I think they came from, personally, they were about the right shape for shingles, and some of them had logos or little pictures on them. The Chinese use clay tiles for their roofs, right?"

I decide that I'm not touching that one. "What kind of little pictures?"

"Just little doodles mostly, though they weren't hand-done. They'd been cast that way. Most of them looked like advertisements for food. Smiling cartoon people holding bowls of noodles. That kind of thing."

"Did you recognize any of the names?"

"Only or two. Most of them were not in French or English characters. Now I think about it, they might have been some kind of packing material? I really don't know. I remember one of them, not the reactive one, another one…" 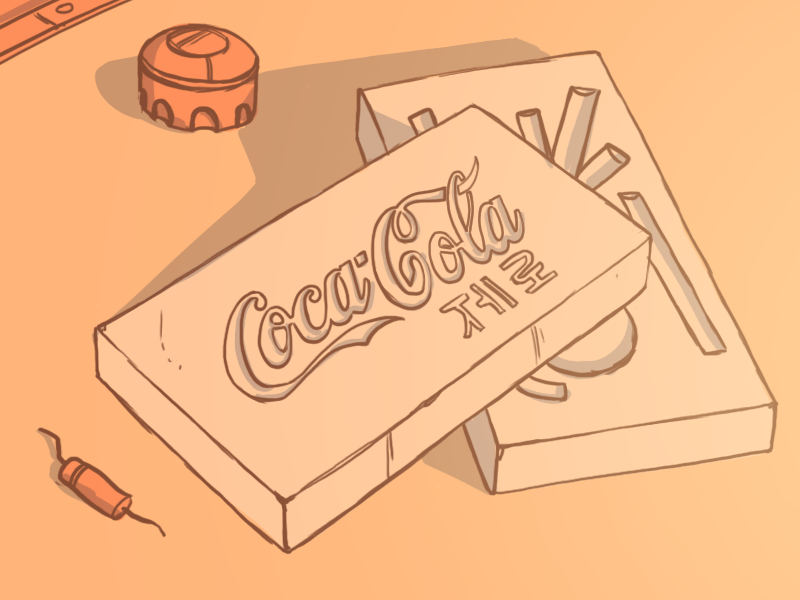 "I laughed at it one when I saw it the first time. Who would want to put a drink label on your roof?"

I don't have an answer for that one either, so I just say, "Hmmm."

SNORKELBITCHMEGAHITLER:
i really fucking love this story. it should be made into a book

Thank you. That's nice of you to say.

badatnamesbluhbluh:
Thank you Jack Fractal, for teaching me a bit more about science.

You are welcome! The history of science is fascinating.

Oh I should say, I am really definitely no expert on this at all so if I get junk wrong please someone tell me.

tronn:
"That electrons would behave differently then light?"
"I asked her more then once"