Primary Temporal Position: 0607
Reset Temporal Position
BreadProduct:
Who's to say this is Josephine from B13's Timeline. It could stand to reason what happened to you was a unique incident.

Maltor:
Or this is a different Josephine. Or dying messes with your memories. Or…

OK, hmm, that's actually a good point, but I could swear she's hiding something.

But like I said, I want to hear this, so I ask, "It sounds like it was reacting to you not looking at it."

"It does, but it wasn't that simple."

"Observation is important to all this stuff, right? Like… the cat thing."

"The cat in the box? Schrodinger's cat?"

"Oh! Other-you mentioned this as well. Apparently it's a well known thought experiment in your time, but I'd never heard of it. In fact, I'd only just proven the theory that the cat experiment is meant to poke fun at."

"Ah, I forget sometimes that you and I live in very different worlds. In my time, the prevailing belief of the day is that light is a wave. It has direction and amplitude, but no discrete identity."

"There are no 'light particles.'" 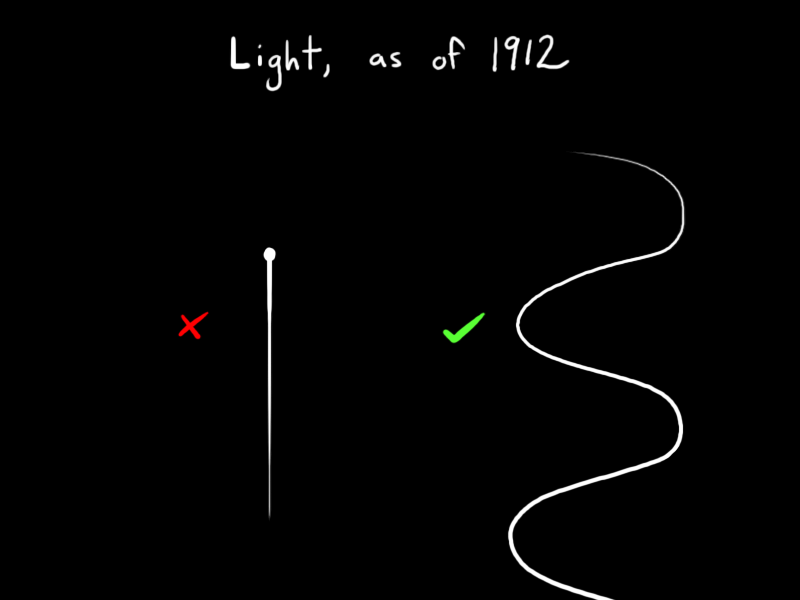 "But there are." I'm pretty sure about this. "Aren't there?"

I wish I'd paid more attention in high-school. I have the distinct and, given the current context, embarrassing memory of asking Mr Parson, my tenth grade science teacher 'But when am I ever going to need to know this?'

If I ever get this time travel thing figured out, I am going to go back in time, right to that moment, and smack myself up the side of the head.

Josephine keeps talking, "Yes, there are light particles. In your time everyone knows this, but in my time that theory had been widely debunked by the light slit experiments. Isacc Newton's ideas about 'corpuscles of light' had been disproved. Everyone who followed the modern theories agreed that light was a wave, end of story."

"Oh I did, my experiment was very surprising."

"Because you were expecting, what? That electrons would behave differently than light?"

"Yes! They should have hit my measurement surface in a fuzzy blur, but they didn't. They showed a nearly identical interference pattern to a laser operating at a similar wavelength."

"They behaved exactly the same way that light did, like a wave."

"Doesn't that just mean that electrons AND light are waves?"

"No! Because we know that electrons have discrete identities. They are individuals, they are part of atoms, they can be moved about, traded, and most importantly, they can be counted."

She's really getting into this.

"Don't you see? This means that light also could be individual particles, but individual particles that behaved, when not interacting with another particle, as though it were a wave. This fit too! It explained the piezoelectric effect. Sometimes one thing, sometimes another. My experiment made no sense, not according to what we knew then, but it was observable and repeatable and in science, anything observable and repeatable must be accounted for."

We're getting off topic.

Kíeros:
> So after you found said plate, what did you do with it?

I try to divert her back onto her story, "So what happened with the tile then?"

She leans back in her chair, "Ah, well, once I'd confirmed that it really was only the one tile, I ran every test I could think of on it."

"My first thought, of course, was that it had some kind of magnet embedded in it, and it was working as a crude generator on the other tiles, or maybe that it contained radium or pitchblende. No on both counts."

"Then I thought it might have been contaminated with an acid, and maybe that was reacting with the silver, forming some kind of simple chemical battery, but the samples I tested were all inert." 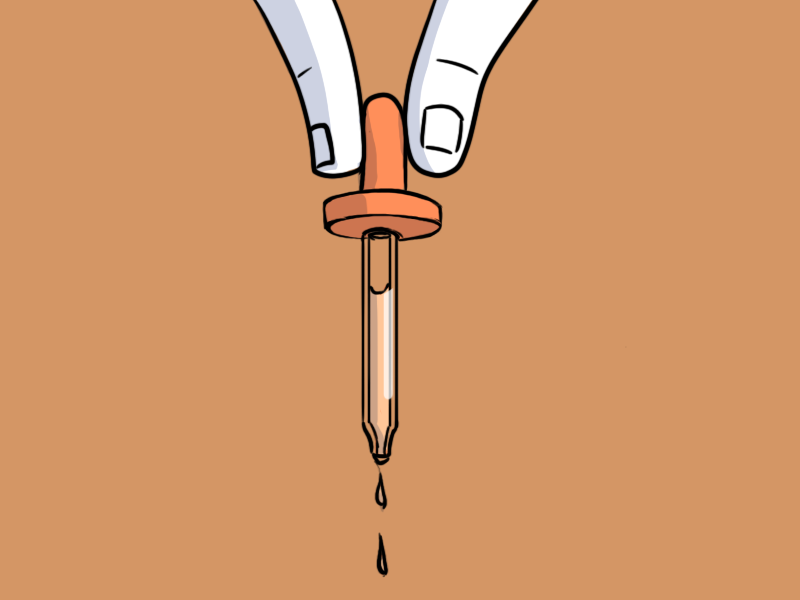 This is weird, I cut her off, "Wait, your ground-breaking experimental device, the one that surprised even you, might have been contaminated with radium or acid, and you wouldn't have noticed!?"

"No, ah, you misunderstand. These tiles were not part of the experimental apparatus itself, not really, they were part of the enclosure. Chantal had picked them up somewhere when she was gathering other supplies."

"So they weren't part of the test?"

"Not as an active participant, no. They'd been just perfect for forming the back wall of the exposure chamber. Light weight, sturdy, and they took the silver beautifully. They actually ended up being pretty little things, in their way. They were a sort of baffle, I didn't want to be shooting electrons willy-nilly, we were underground but even so, safety first and all that."

Coming from the woman who may have broken time I find this pretty funny.

"Where did your assistant get them from?"

"You can bet that I asked her. I asked her more than once, but she could never give me an answer. I had her running all over town, buying things from pawnshops half the time, the rest dealing with mixers and masons and whoever."

"Why was she buying things from pawnshops? You, you'll pardon me for saying, don't look like someone who'd need to, uh, do that."

"Ah, well… I had the money I guess. We make good sugar at Astre Sucre, and we sold a lot of it, but my experiments were my hobby. Having my assistants scrounge supplies had gotten to be a habit from when we were still counting our pennies. I suppose I could have had everything custom made but…"

She sighs, "Chantal was particularly good at scrounging. I never paid full price for anything after I found her. She liked the walking and being outdoors, so I let her do as she wanted as long as she found things that fit what I needed. She always did. Half the time she found things before I realized that I needed them. I'm not surprised she never remembered, she didn't keep records and she went everywhere."