I think about that for a second.

I'm not really getting this.

She sighs and picks up another cracker, "Well I didn't start out trying to do what I ended up doing you know? I started out trying to prove that electrons behaved in the same way as photons when - you don't actually care about this part do you?"

"Well we don't have time to get into it anyway. The point of the thing is, I did it. I proved that electrons behave like light when fired through a pair of slits."

"Yes! It was amazing! A triumph! Nobody had done it with anything but light before! Also, it proved that while an electron does create it's own interference pattern like a wave, it also has a discrete identity when it encounters a reactive atom. They are waves, until they aren't."

"Hrm… You were much more impressed the last time."

"Sorry. I… this me, she - I - don't really know anything about particle physics. I'm sure it's very cool."

I decide to change the topic.

BreadProduct:
So one of you were a physicist? B3 to be specific. What about B2 and B1? When did the physicist thing stop? Just how different are each Bina iteration?

>Ask what the other two Bina's were like. Emphasis on differences.

"Yes, but she was… older then you are. Several years I think. She and I, we did not have a comfortable conversation. She wanted answers and was not interested in anything other then getting them as quickly as possible."

"It's not your fault. As is becoming increasingly obvious, you are not the same person. You might have started out as the same person, but now? You are very different."

I'm not sure how to take that. I decide to change the subject again.

"So why didn't it make sense? Your experiment."

wolftamer9:
I KNEW IT! I KNEW QUANTUM UNCERTAINTY WAS BULLSHI- I mean,
> What was wrong with it?

"Ah, it happened as an accident, my second great discovery. It was almost immediately after I had finished the experiment with the electron emitter. My measuring device, was not particularly large, but it was very complicated, and contained several fragile reservoirs of mercury gas. Mercury is a dangerous poison. A metal that -

"I know what mercury is."

"Ah, all right, regardless. Dismantling it safely after the experiment was not a simple task and it was one I didn't feel safe trusting it to any of my assistants. I had it only half dismantled when I had to leave for two weeks. My husband and I had arranged a trip to Boston earlier in the spring, and it could not be rescheduled, so I left the emitter partially de-constructed and told our staff that they could not, under any circumstances, touch anything."

"When I returned, the first thing I did was check in on it. By that point, everyone who worked at the factory knew not to touch Madame Dubois funny machines, not unless they had a cavalier attitude regarding the presence or absence of some or all of their limbs, so everything was where I had left it."

"I started putting things in order, I had left for Boston in bit of a hurry so everything was a bit of a mess. I tried to pick up one of the piles of reactive plating when it gave me a shock. A rather bad one."

"That was strange, but I put it down to static electricity. The plates were silver-plated and very conductive, so while it was odd, it wasn't THAT odd. I grounded them with a wire and went back to work."

"But it kept happening! Twice more, I got shocked, once almost immediately after I'd grounded the pile, and then again not even an hour later. Far too fast a build-up for static electricity. My lab was in the basement of the main storage warehouse and I often complained of damp. I thought it had to be a short somewhere on my work table, or maybe Chantal (she was my main assistant at the time) had left a power cell somewhere she shouldn't."

"The table itself was… busy, I am not by nature an organized person, but it was made of wood, non-conductive wood. I checked nearby and found nothing, then I checked the whole table, pulled everything off it onto the floor."

"It was clean. No batteries. No frayed wires. Nothing."

"At that point, I was tired, so I left it over night, telling myself I'd figure it out in the morning."

"Of course, the following morning was a delivery day, and then one of the haulers locked himself in the downstairs wash-room again, and with one thing and another it was the evening two days later that I finally got back to my lab."

"The first thing I did was check the plates, with a voltmeter this time, not my hand. I was getting tired of being shocked all the time." 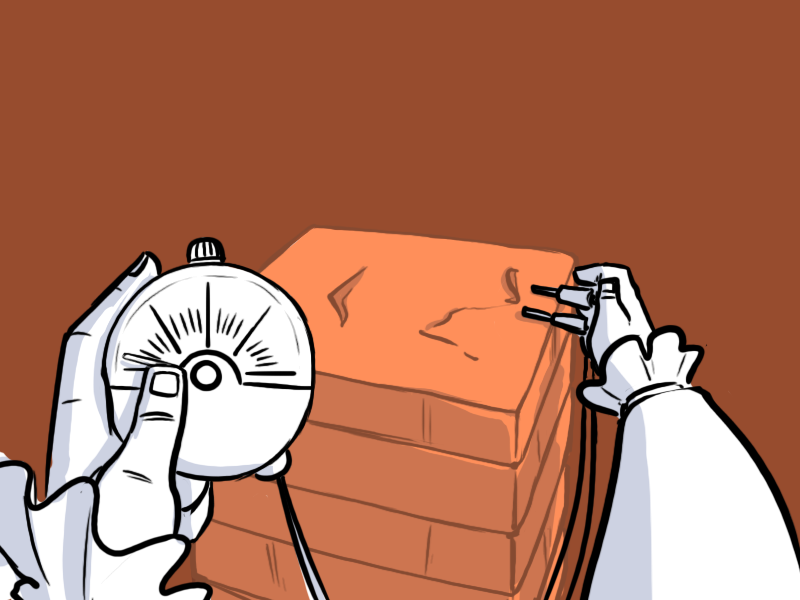 "The reading was negligible, exactly what it should have been in the first place, so I put everything back on the table and went back to disassembling the emitter, thinking that the problem, whatever it had been, was solved."

"Less then an hour later, as I was placing one of the capacitors from the main housing on the worktable, bang! It exploded!"

"It was the size of a dime, so no damage done, but I noticed that it had rolled against that same pile of plates again."

"I grabbed my meter and checked again." 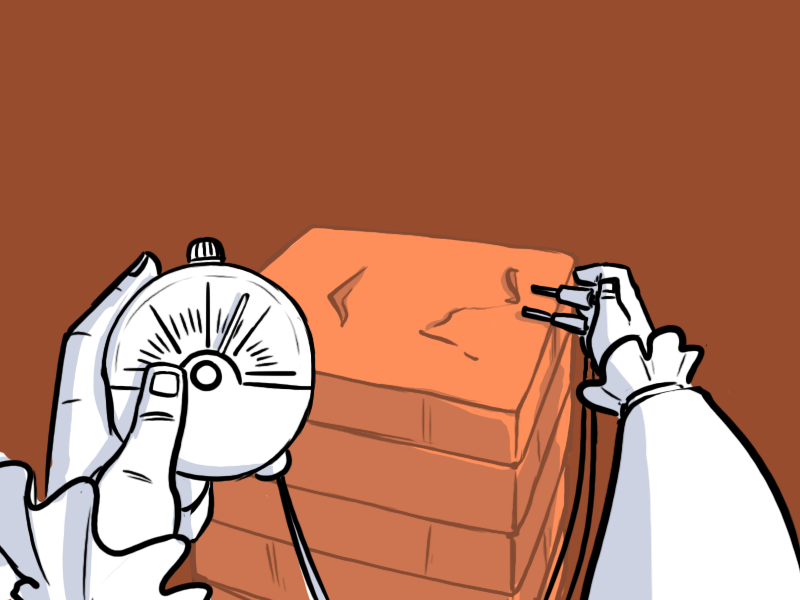 "Before, I had been annoyed. Now I was intrigued."

So… I had that awkward moment tonight when you realize that you're going to have to explain at least a rudimentary amount of particle physics in order for any of your story to make sense.