Primary Temporal Position: 0597
Reset Temporal Position
musicalEmpathist:
I think you should first inspect the closest threat to you, which would be the table. It could just be my totally-not-mild paranoia talking, but an unturned stone could well be the one to kill you, so it might be the the best idea to go see what's up.

The table seems to be the source of the shortbread smell. There is a small loaf of the stuff, partially eaten. 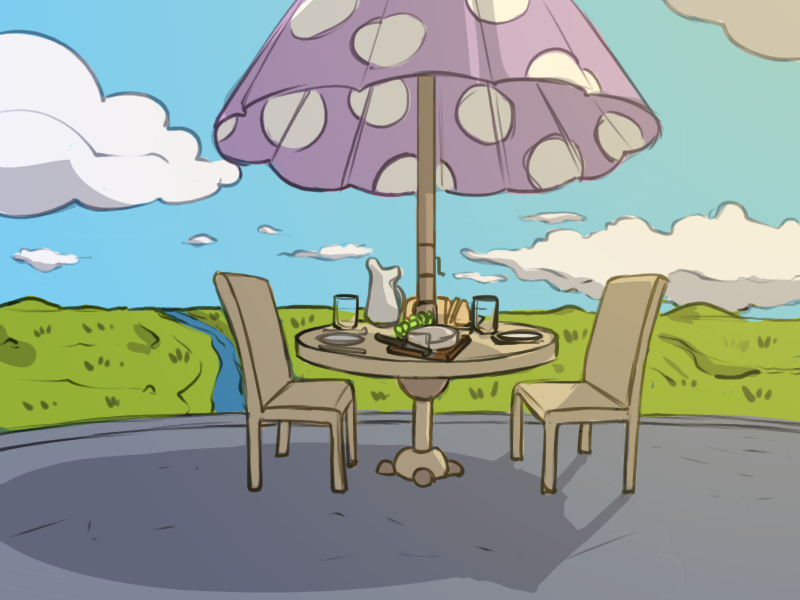 tronn:
>Bina: That table is set for two. Is someone waiting for you?

It is set for two, and I think that very likely.

badatnamesbluhbluh:
>Look over the side. See any ledges? 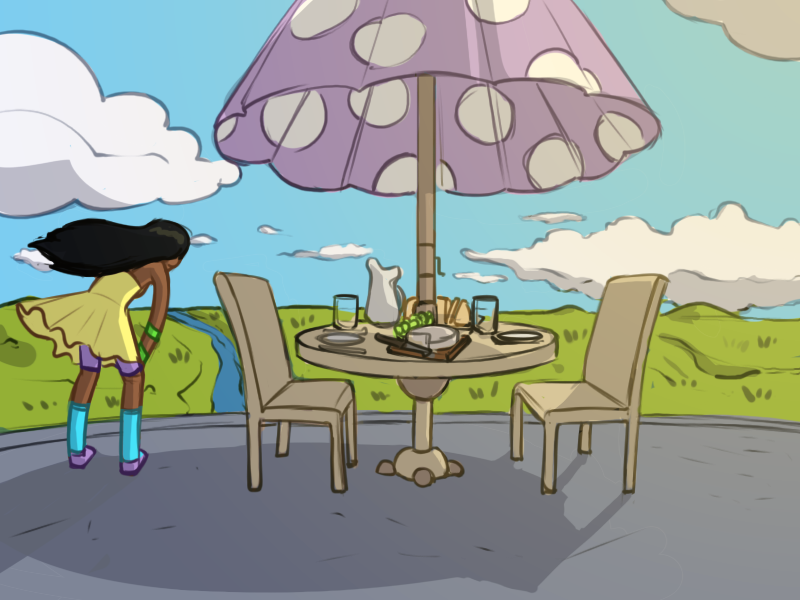 No ledges but there are…

wolftamer9:
The Green Lady has been watching a lot of Adventure Time.
musicalEmpathist:
Oooooo!!! Sooooo very cute, Jack! What compelled you to go with a cartoony style? Not that I don't totally support this life choice one billion percent! :cheer:<3

I try to never choose an art style for this comic without having multiple reasons for doing so.

In this case, there's as yet unrevealed narrative reason, as well as my own love for both Adventure Time and Natasha Allegri's character designs.

That, and I we could all use some colour that wasn't muddy green, muddy brown, or BRIGHT NEON.

Waaah! That is so cool! Thank you xooxu!!!