Primary Temporal Position: 0591
Reset Temporal Position
xooxu:
>If they were forced to land the plane after you vomited … I mean, that seems like you could totally have passed it off as airsickness and a fear of flying. Not exactly a security threat?

Oh they didn't land the plane or anything, but the flight attendant, her name was Jessica Leavitt or Levitte or something like that. She was really nice to me the whole rest of the ride. I had said that I had just suddenly felt really sick as we were taking off, and everyone seemed to nod and agree that it happened sometimes. It wasn't until a few days later that I realized she had probably decided that I was pregnant. She handed me a bunch of air sickness bags ("We have these for a reason you know!") and then later she gave me extra peanuts.

Of course, she'd also hit some kind of alarm button to call the Air Marshal when she couldn't get me to open the door. That alarm got automatically logged somewhere, so even though everyone believed me when I told them I was just sick, I ended up having to spend about two hours in the Montreal Airport after we landed, explaining what happened, and filling out paperwork.

It wasn't exactly awful. Not really. Just humiliating and boring.

But now - no Jessica, no Air Marshal whose name I can't remember. No vomit. No peanuts.

Scratching at the bottom of the door. 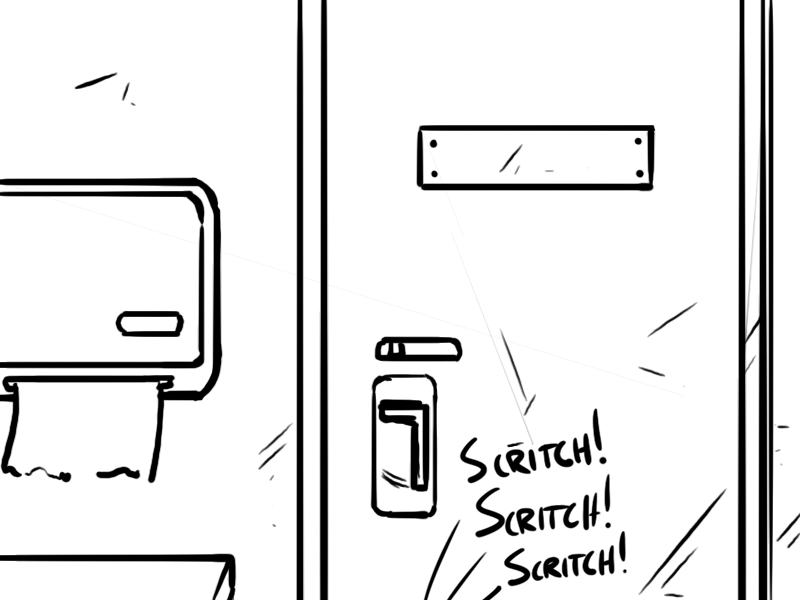 Day 591 of All Night Laundry, and we're still going strong. Thank you all, so much, for reading.