"Can you unzip your suit and, uh, sorry pull up your shirt? I can't feel anything through it."

elementaryMydear:
> Bina: Be the patient.

Bina admits, if she was asked to describe a situation where Kendra would be trying, in earnest to get her to take her clothes off, it wouldn't have gone like this.

"Oh jeeze, you're shirt is covered in blood."

"Wait! I gotta be careful with my arm! We don't want spooky shenanigans going off by accident."

After some fumbling they manage to get her shirt off without disturbing the bandages over her right arm. 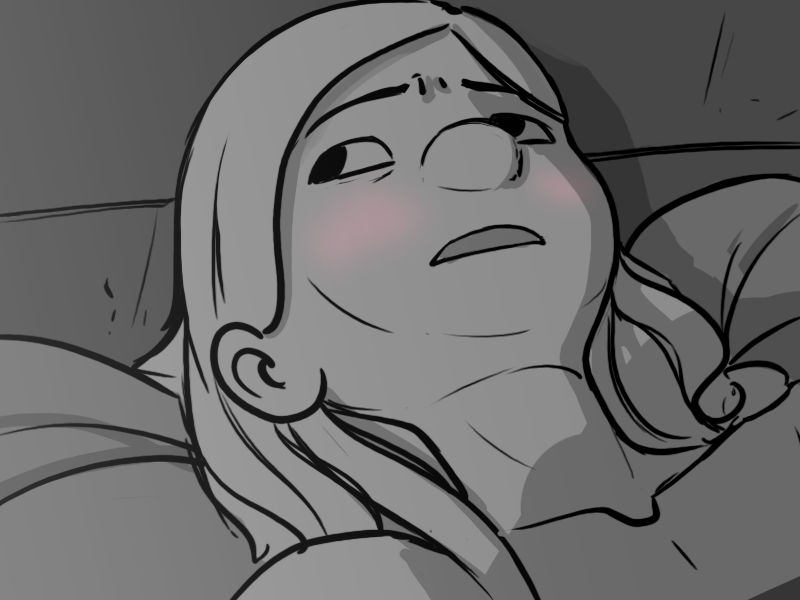 "Do you even know what you're looking for?"

elementaryMydear:
> Kendra: Be the doctor.

"Eeeh… maybe a three? Kendra, my whole body is a least a three right now. Where am I bleeding from? I didn't even notice I'd gotten cut again."

After several minutes more poking and prodding, they determine that two or three of her ribs on her left side are probably sprained or broken, but none of them are shattered and her sternum is all right. Bina wasn't aware that you could sprain a rib, but Kendra insists that it's possible.

She has some really nasty bruises starting to show up, and the bottom of the door has left two short parallel cuts on either side of the impact. They are still oozing blood.

"You can put your shirt back on."

Bina isn't really keen on getting back into the blood and mud encrusted pair of scrubs, but the alternative is remaining topless in front of Kendra, and her face can only really get so red before she actually lights on fire.

"You are impressively banged up, but all things considered… it could have gone a lot worse. That door must have been really heavy."

"You have no idea," says Bina, pulling the shirt over her head again, "If it makes you feel any better, after I got out from under it, I dropped it on Horatio."

"That actually does make me feel a little better. So I'm guessing that he's not going to be gracing us with his presence any time soon?"

"Not unless he tears off his own arms, which now that I say it, does sound like a thing that he'd do."

"Hmm… OK, I am worried about those cuts though. You really should go to a doctor."

"Am I in imminent danger of death?"

"Then I'm not going to a doctor! Down the rabbit hole!"

"Sure. OK. Arghh… all right." Kendra pauses, looking around at the mud and the trucks, "We still have that third pair of scrubs, right? We can maybe make some kind of bandage for your chest? I don't know. Tape, probably, lots of plumbing tape."

"I'm going to go get the rest of our supplies. Yell if you see any more unwelcome guests."

Kendra walks out of the garage. 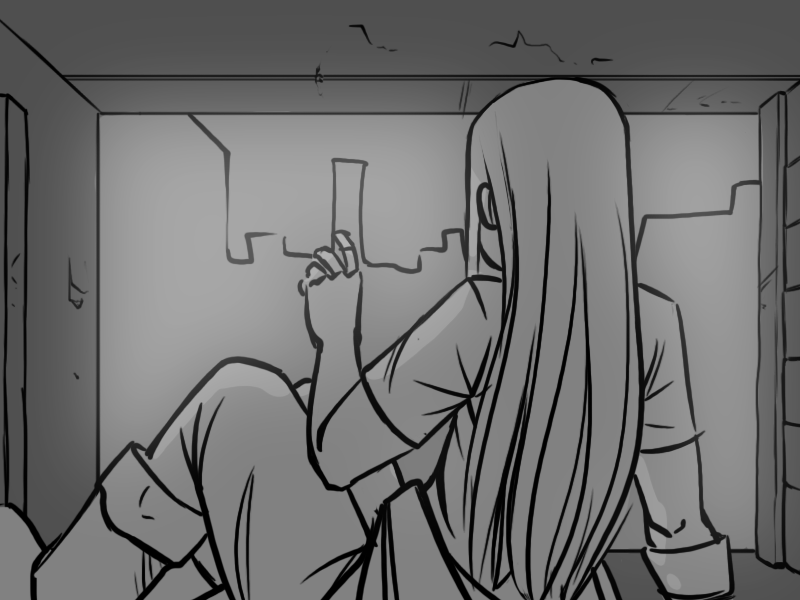 "You can't know that for sure!"