That doesn't seem like a bad idea, but, as she mentioned, the time machine ( / bomb) is held together by plumbing tape. There's no way it would survive the trip down the ladder, let alone a brisk jog through uneven terrain and knee-high mud.

She could take the shard, maybe, but not the Device.

xooxu:
Is it one of the scientists? Maybe one of them died wearing their suit and turned into a naught.

That is a distinctly unpleasant thought. Kendra wishes she hadn't had it. She found a tire-iron in the garage, and she might be able to use it as a weapon, but the Naughts don't seem really phased by those.

It didn't escape her that Horatio appears to have managed to remove the pipe embedded in him, but kept the extra mass.

tegerioreo:
Wait for the yellow thing to get closer. See what's up with it. 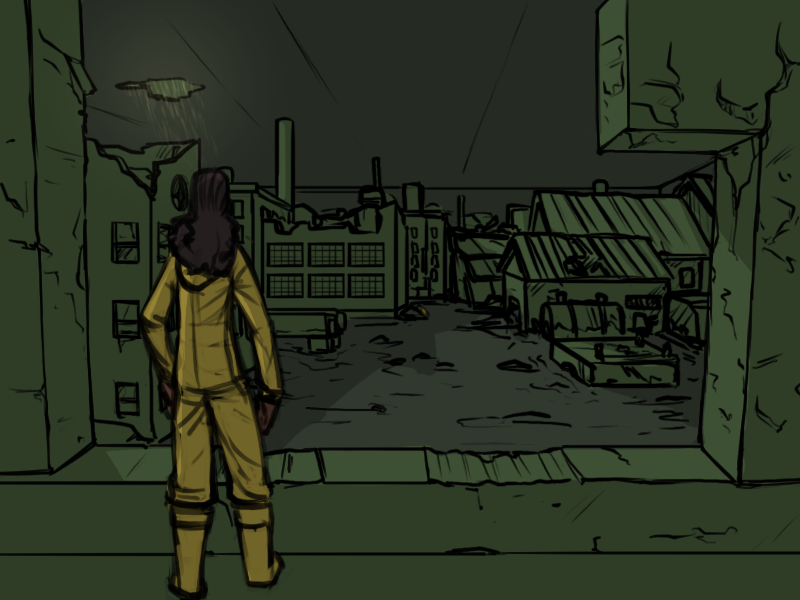 CrimsonMage:
>If the yellow entity (probably Bina) is still moving towards you, then wait a minute or two. If not, then you can move.

It seems to have fallen over, or… something? Laid down maybe? The morning sun is giving it a go out there, despite the rain, but it's still dark down in this weird cavern and she can't see it clearly.