Primary Temporal Position: 0570
Reset Temporal Position
CrimsonMage:
>Nothing to do now. You can't do anything without Bina's light. Just keep looking, and calm yourself. Being panicked or uneasy or anxious won't help you right now. You just need patience.

She is aware that she should be patient, that worrying just makes things worse, but try telling her brain that. It doesn't want to listen.

HeresyIncarnate:
Kendra: Be an introspective worrier, wonder how the heck you got in this mess, marvel at how unbelievable it all is, and consider how on earth you became so attached to Bina in such a short amount of time.

Kendra knows how she got into this.

It's Gregor's fault. Gregor and routine and damned bad luck. The streets of this neighbourhood are her beat. She tickets here four nights a week, always takes the same route. Nothing weird happened tonight's, nothing delayed her and nobody switched shifts.

She'd been checking one of the side streets, off Tupper, about two blocks from the laundromat when she got nabbed. It had been about 3:45. She always checks that street around then. It was her place to be.

It was her place to be, and it was the wrong place, and an ass-hole who appears to be abducting people and feeding them to an alien bug monster, mistook her for a cop, freaked out, and hit her with a shovel.

And here she is. 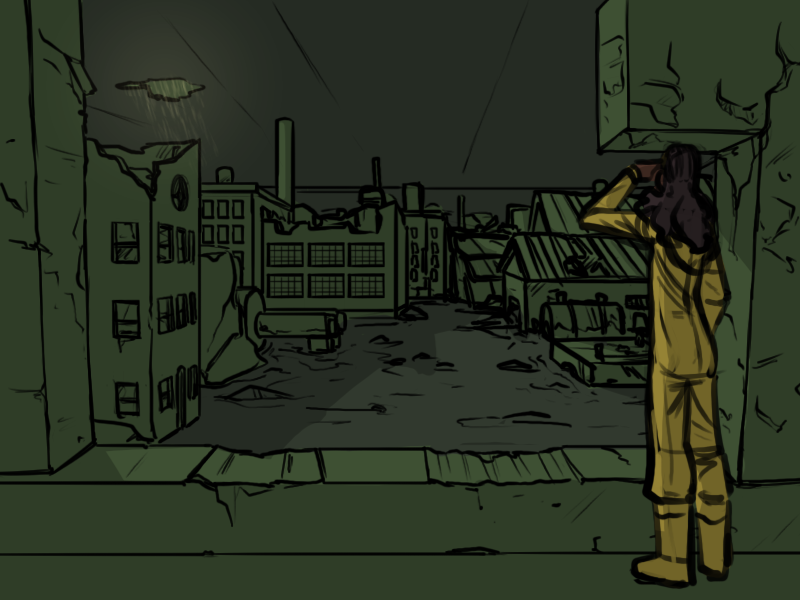 She feels an obligation to the strange young woman she's gotten tangled up in all this with. Bina saved her life. Nobody has ever saved her life before.

Not directly at least. Not intentionally.

She wonders what's going to happen when the other scientists show up. The peers of poor dead Elizabeth, and poor probably-dead Josh and Kate.

Will the Naughts come for them? Has Gregor disabled the crane? Will they bring soldiers? What would a grenade or a machine-gun even do to a Naught? The mental images are troubling.

Will the thing that Bina calls the Botfly even allow such a confrontation? Bina thinks it can reset the time-line somehow. Will it do that if it is discovered?

She looks at the watch again, 9:08, then checks the approaches. 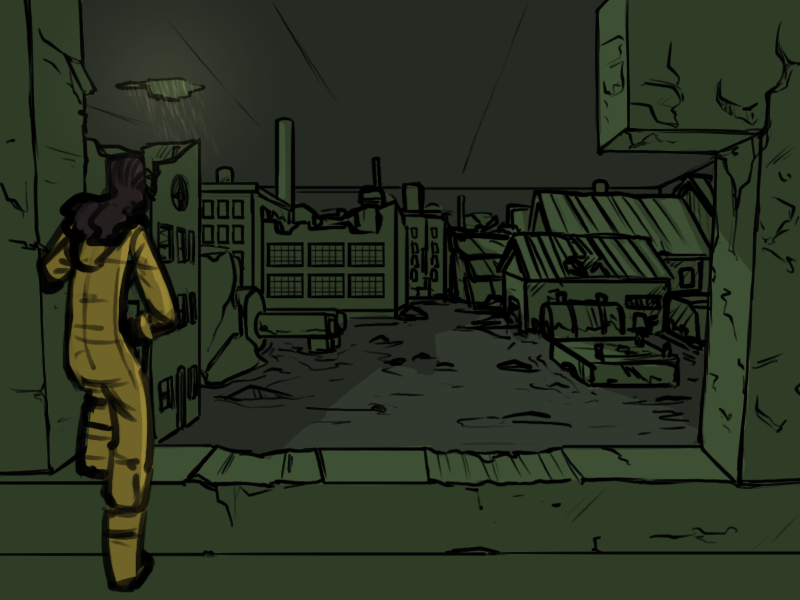 She feels obliged to help Bina, yes, but that's not the whole story.

She reminds her of her niece Elsie, her sister's daughter and Elsie is one of her favourite people in the entirely world, possibly the favourite.

They are very different people, Bina and her niece. Elsie is only ten, for one, and very reserved, which is odd for a kid. She is comfortable in stillness. The kind of person who picks her words thoughtfully, as though setting them into place with her fingers. She has none of Bina's manic energy.

And Bina is manic, Kendra thinks, probably. Or something like that.

As someone who has spent a lot of time in the offices of various psychologists and therapists herself, Kendra feels fairly confident about this.

The sense of wrongness hasn't gone away.

Elsie and Bina are very different, but in one way, one key way, they are the same. She saw it right away, almost as soon as Bina woke up next to her, chained to the wall. She saw it even though they were both panicked and terrified.

Elsie and Bina have the same thoughtless optimism. A kind of glowing certainty that, despite whatever bad thing that is currently happening, everything will turn out all right.

Kendra has never felt that kind of optimism.

She expends considerable energy trying to protect it in her niece. Her secret hope is that Elsie will grow up and never have to realize that sometimes, often, the bad thing doesn't get better. That sometimes it gets worse. Sometimes, things cannot be fixed.

It is a naive hope, and Kendra knows it, but she holds to it anyway.

She checks the watch. 9:15. Bina is now twenty five minutes late. Almost double the time that Kendra had given her.

In five minutes she's going to climb down the ladder and go looking for her. It's probably pointless. Anything could have happened, and she could be almost anywhere by now in the mud, but Kendra has to try.

xooxu:
>If Kendra does decide to look for Bina at all, she should do it in waves. Go look in the immediate area for 5 minutes, come back and see if Bina's returned. If not, go back and look for 6 minutes and go a little further, and so on. Work in a generally spiral movement and stay within hearing distance of the garage.

HeresyIncarnate:
Kendra: If you do end up going after her, leave a note pointing out the way you went to try and follow her, just in case she makes it past you.

She'll leave a note, it'll have to be in mud on the wall, as she has found no pens. She'll leave the Device as well, and walk in an expanding spiral… as much as she can, considering the terrain. She is not confident in this plan, but she can think of nothing else to do.

She checks the approaches again.

She'll take the watch, and the maps. If she can't find Bina in an hour, she'll run to the subway. She doesn't think that will go well either, but more people, a search party, maybe they could… 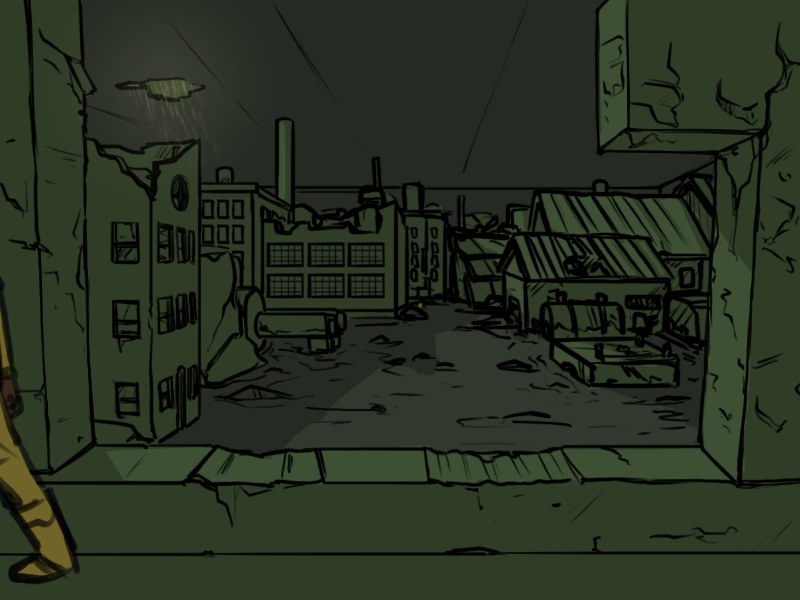 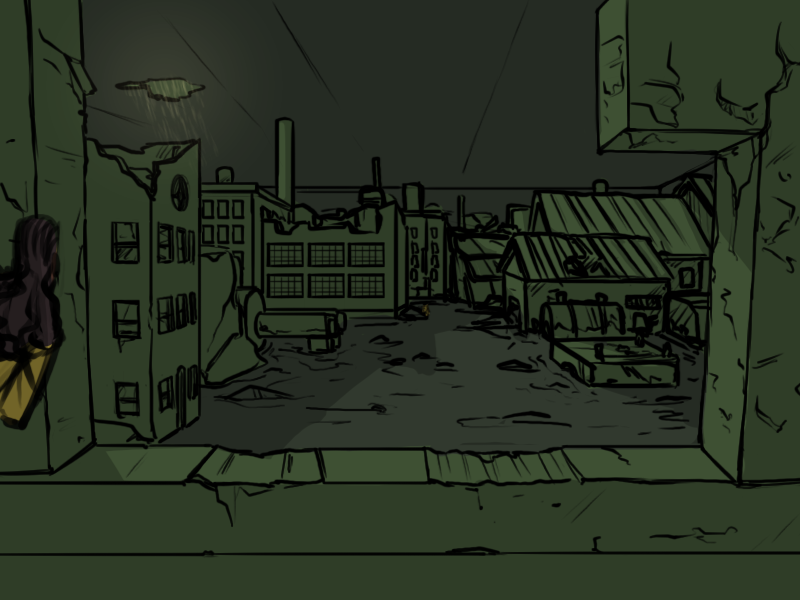 Xindaris:
Can't think of a good suggestion, but I did notice this while catching up: