What!? Oh! On the side of the smokestacks. She cranes her neck and squints against the glare. 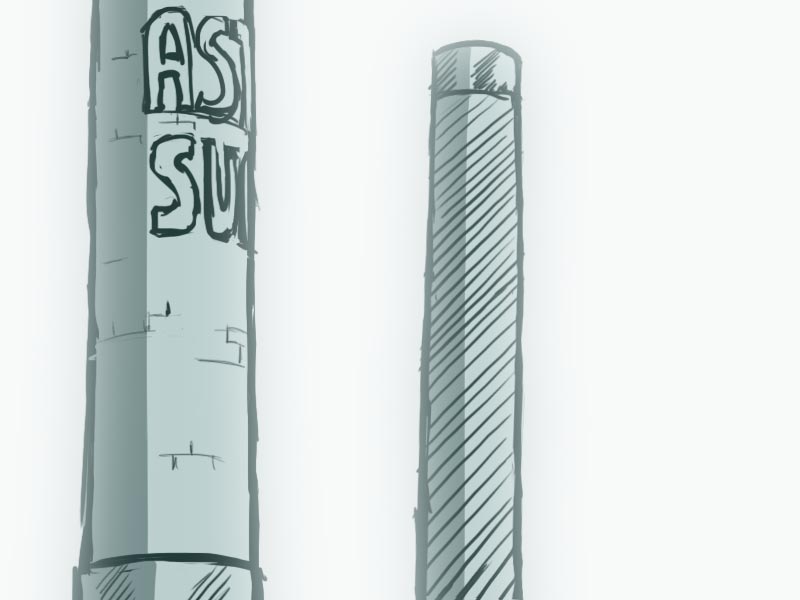 The words appear to have been written so as to be viewed from far off to Bina's right, probably outside of the courtyard entirely. While she doesn't know what they mean, she finds the presence of the letters comforting.

Those are Latin characters up there, and that means that they are part of a word, or words, in a romance language. It doesn't matter which one, Bina's not inclined to be picky right now, because the important part is that all romance languages share one very important trait.

They were created by humans.

Which means that whoever wrote those words, and by extension, built this factory, was probably also some kind of human.

Which is a good thing, as far as Bina is concerned.