Well that one's a given. All the designs in the weird journal agree on one thing, you need unlight to make them work.

It's just sparse on information about what unlight actually is, which makes Kendra more then a little anxious. Due to her lack of knowledge, she hesitates to make any claims about this situation, but she feels pretty confident in saying that people should probably not emit unearthly time travel radiation from parts of their body.

Not if they want to remain, you know, alive.

But that's not the problem just now.

wolftamer9:
> Yeah, but what else is new? It's probably better than you think. What's the problem?

The problem is that she's sort of had to improvize a bit.

OK, maybe a bit more then a bit. She's got no soldering iron, no multimeter, the supplies she has are either wildly inappropriate for their task or over a hundred years old and scavenged from a pair of trucks.

Trucks of a make and model she's never heard of before. A rare thing for her. Kendra knows her cars.

OK, she's building a time machine mostly from plumbing tape, two flash-lights, a piece of an old chair, and a bright pink reusable hand-warmer, but it's not as bad as it could have been.

Before she'd found the tape she'd been worried that she'd have to nail the whole thing together, and that would probably have been impossible. So, despite everything… it is a time machine.

A time machine or a bomb. Without Bina, she hasn't been able to test much of it. It could explode, or do nothing, more likely it will just do nothing.

The notes are not clear. The journal was clearly not intended to be used as a teaching text. It is instead some combination of a personal diary and conspiracy theory.

She's had to do a lot of guessing.

None of that is what concerns her however.

She had been fairly confident in her design while she had been building it, but now that it is almost finished, it looks, well, a bit… 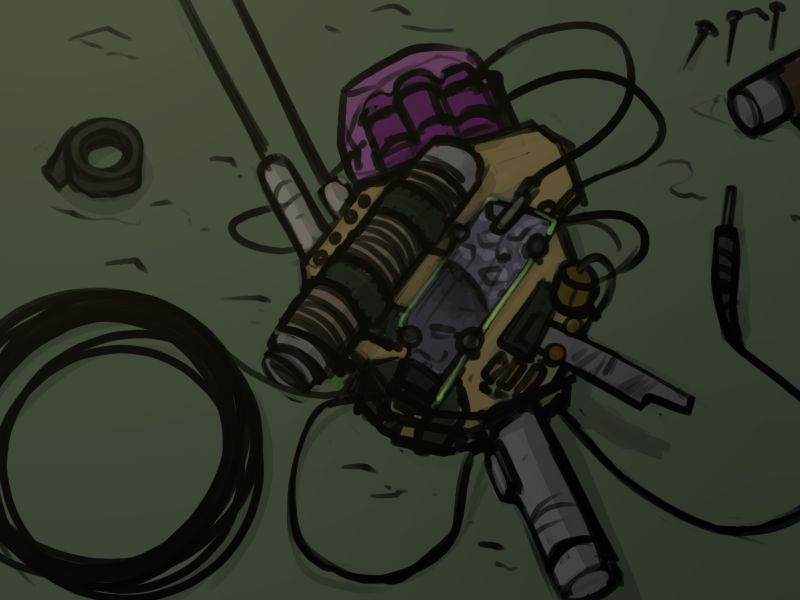 1412:
Aaaand I just realized how much that notebook looks like a certain notebook from Doctor Who.