Primary Temporal Position: 0557
Reset Temporal Position
xooxu:
>Go, go, go! And shut the door behind you. I doubt that Horatio has enough dexterity to manage getting that door open in a timely manner.

Yes! If she can shut the door, Horatio probably isn't clever enough to open it again.

elementaryMydear:
> Bina: Get parts for time machine from fuse box

As Bina slogs her way over to the door, she shoots a look over at the fuse-box along the way.

So she leaves it.

xooxu:
[…]Horatio is a little too close for comfort for her to do this safely now.

She checks out the door, it looks like it's held up by a chain on a loop. The looped chain goes through a mechanism in a box on top of the frame. Pulling it one way should raise the door, pulling it the other way should lower the door.

She tugs on the chain. 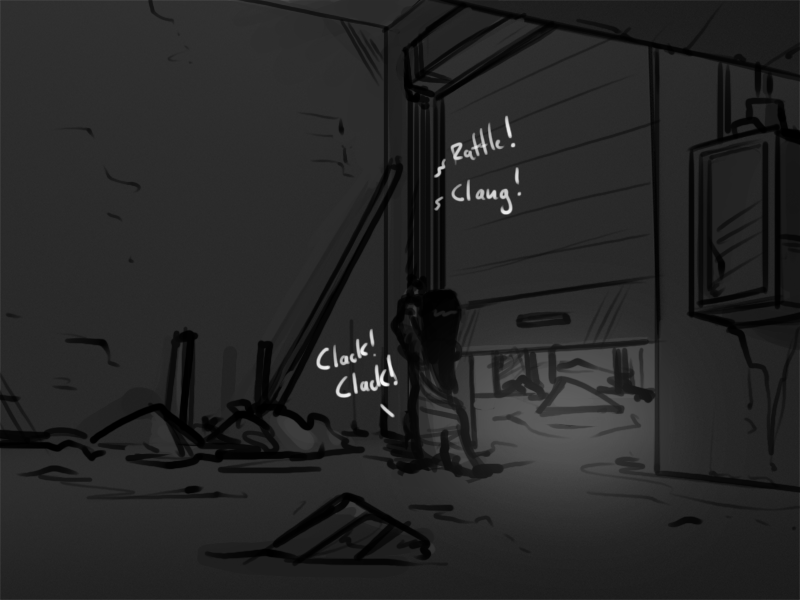 No give. The chain rattles but doesn't move. Maybe it's rusted? Jammed?

Behind her she hears the unmistakable sound of splintering wood.

Horatio, it seems, has found a quick way to get down the stairs. 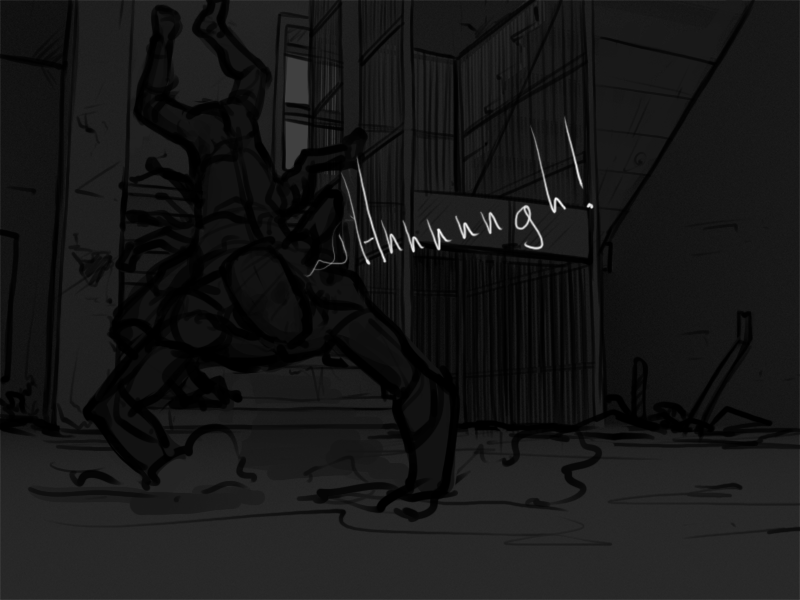 "Oh come ON! You have got to be kidding!"