She's actually gained something approaching a lead! She honestly didn't expect that.

Her optimism lasts until she's half way down the second staircase.

Because of COURSE the first floor is filled with mud.

She jumps the last few steps. 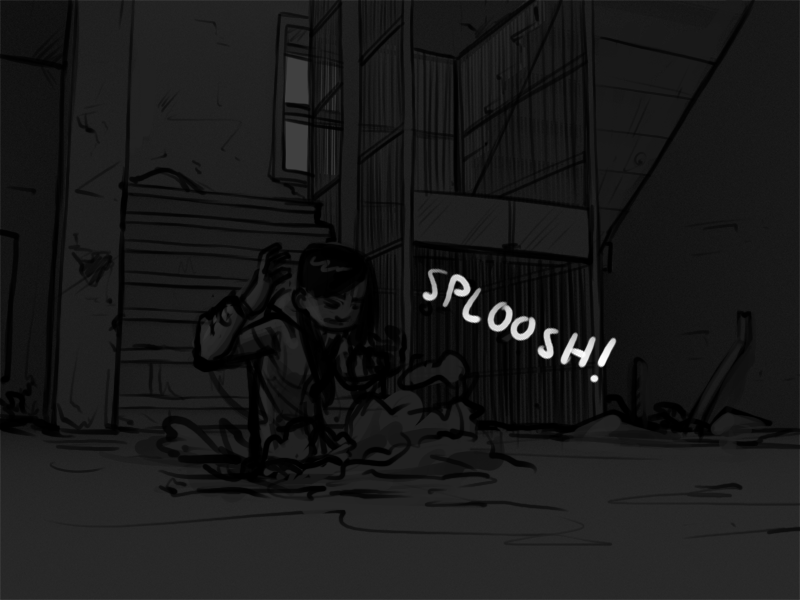 The impact into the mud is soft, as she was expecting, but her knees still sing out in protest.

Come on knees! Just a little further! You can do it!

Ged:
>Horatio be right behind her, and burst through the railing to the right and land right in front of her.

Horatio better not flop over the railing and catch up with her. Heck! He'd probably get a few more legs just by doing that, if Kendra's theory about damage making them grow is correct.

She shakes her head, but if that were the case, why wouldn't he just bash himself against a wall for a while until he was inescapably enormous?

Not a lot about this situation makes sense. 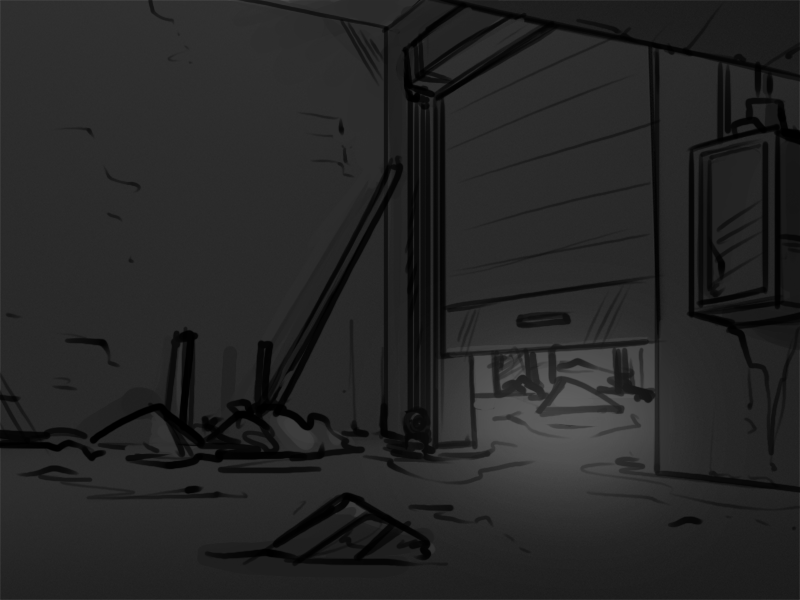 But that looks promising!

musicalEmpathist:
Meant to say this last night when I posted, but I finally caught up to the story after a few weeks of almost constant reading, and I swear I've been addicted to this story! It really is the best, and everyone on this thread is awesome and hilarious, and Jack you sir are an artist in every sense of the word. This story is one of the best I've ever seen floating about the interwebs, and I am so proud to call myself a reader. Thank you for putting in so much effort, working almost nonstop for us! *bows* To you, Jack-fractal!

Aaaah! That is really nice of you to say! Thank you so much!