Primary Temporal Position: 0554
Reset Temporal Position
?[GimeurCookie]:
> Throw the nearest thing at the window in hopes that it breaks and you're able to get even the smallest amount of light to help you find the staircase.

elementaryMydear:
> Horatio: Use CLUMSINESS attribute to make a ridiculous mess of the room.

- but then Horatio seems to get fed up with the tables - 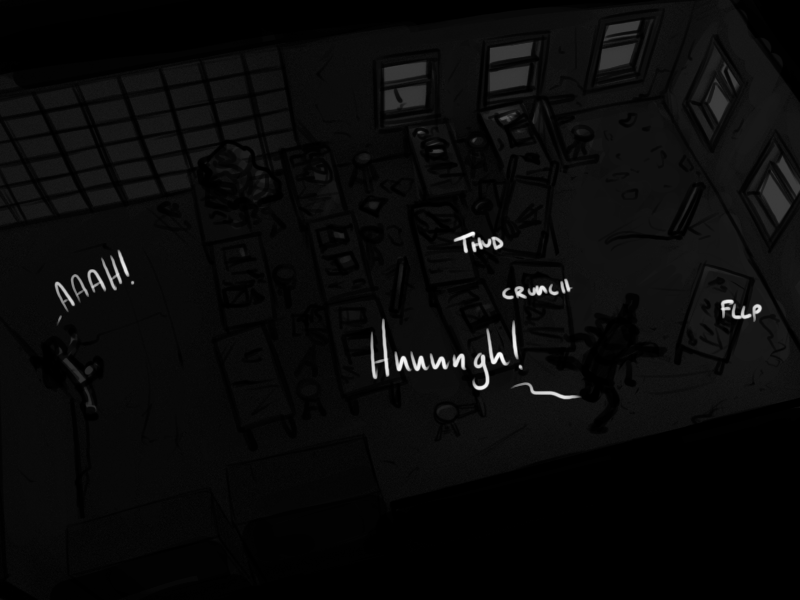 - and just starts shoving them out of the way. Bina feels, in some way, that they should make horrible screeching noises, but instead they made unsatisfying dull thuds against the damp carpet.

As she skids around the corner she finds herself making a sound, which is, she decides later, a totally a heroic grunt of exertion and definitely not a frightened squeak of terror. 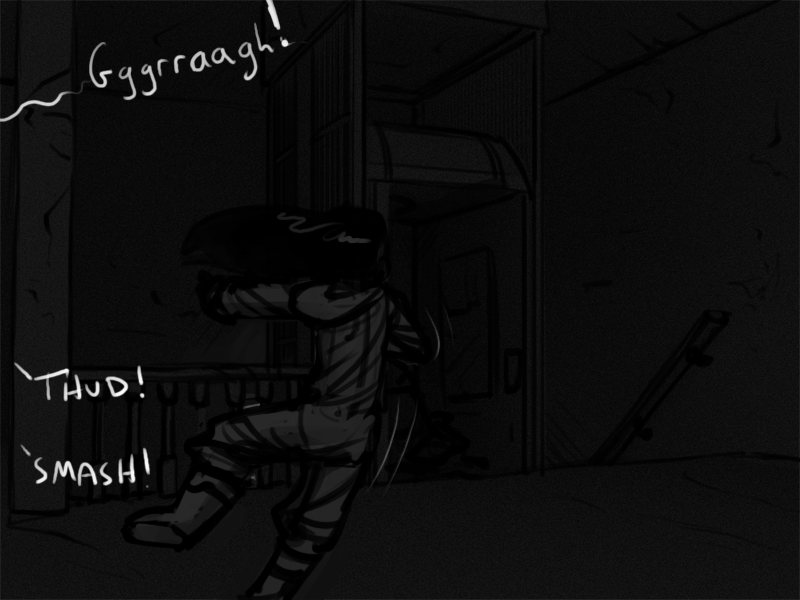 There's an elevator, not quite level with the floor and filled with what smells like half a ton of mildewed paper.

A staircase descends to the right.

Gotta ask, how dark has this scene looked to people? I generally work on this comic on my laptop which has MAD GAMMA brightness, and I realize that it's entirely possible that most people can't follow this scene at all.

So, can people see this?

Oh jeepers! That must have taken you some time. I don't really know what to say to that, yikes!