No! She wanted too, but she couldn't risk picking one up. She would never have gotten away from Kendra if she'd stopped to grab one and getting away from Kendra had seemed really important at the time. Seems kinda silly now

She feels along the wall without thinking for a second before realizing that she isn't near a doorway, and even if she were, there's no power down here.

xooxu:
You do have a pretty handy light source…

Aaaargh, yeah, but with Mr. Handy two steps behind her, that might not be the best idea.

It sucks to have the solution to a problem and not to be able to use it!

tegerioreo:
No time to let your eyes adjust! Stumble forward pell-mell into the dark!

Yeah! No time. Behind her she can hear the metallic rattle of the stairs as Horatio storms up them. She starts edging her way around the walls, broken glass crunching under her feet. She's just going to have to - 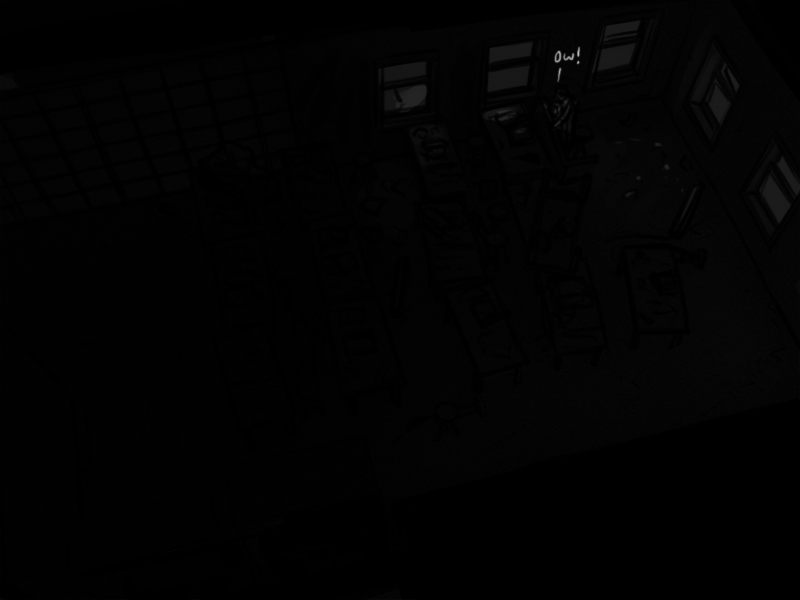 - walk right into something. Ow!

Metal legs, and then OK, over here, a stool, and… a table?

A table on it's side. And here… another table. Upside down.

Maybe if she closes her eyes for a few seconds her eyes will adjust. It'll work. She has time. A second.

She snaps them closed and starts to count.

Outside, the staircase stops rattling.

Horatio must be at the top of the steps.

The wood of the window-frame creaks.

She opens her eyes. 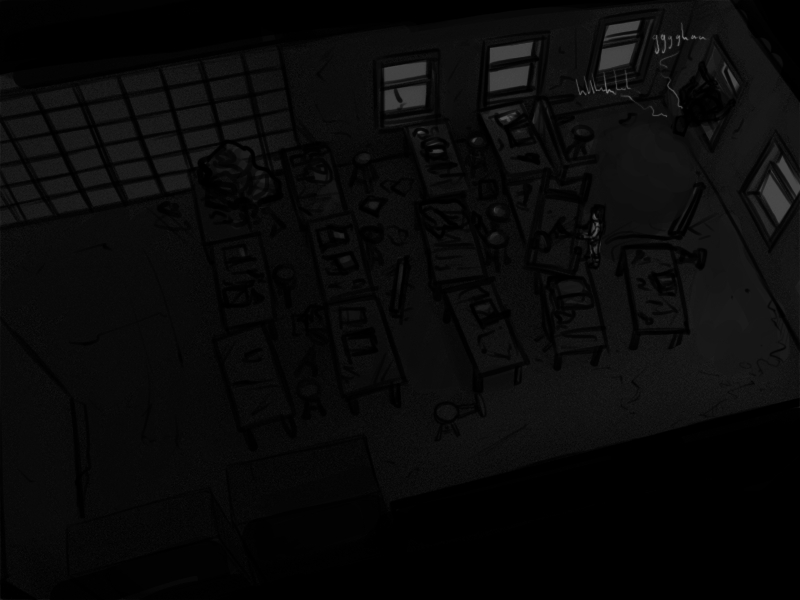 But it'll have to do.

tegerioreo:
Ahhh yes, I've been waiting a long time to use "pell-mell"

It's a good compound word. Not used enough these days.

elementaryMydear:
Started reading a few days ago. Finally got to the latest update.

I gotta hand it to you, jack-fractal, this is probably the coolest fanventure I've ever seen.

The art. The characterization. The plot. The Eldritch monsters.

I don't know if you've ever read Lovecraft, but I feel like you've captured some of his trademark unknowable horror in the reality warping Botfly, which is very impressive.

In short, many kudos to you!

Aaah! Thanks! That's really nice of you to say. I've read more then my share of Lovecraft and he is an obvious inspiration.

xooxu:
I sometimes just want to send you encouragement, Jack, when it get's late and the update hasn't been posted, just because I know that means that you're up late working on something for free and for us and that's just wow, you do this everyday. So I figured tonight I'd actually say something, haha. Thanks for doing this!

Thanks Xooxu. That is… yeah. That is really cool of you. Thank you.

I've tried to write a coherent response to this, but I haven't really managed it. It all comes out sounding trite or silly or… I dunno. I'm tired. So, just, thank you.

You made me think.