This might be pretty humiliating if she hadn't given up on dignity at roughly the same time she was struggling to haul a partially unconscious woman through a mud-slurpy.

Which was hours ago. Things are a lot easier when you give up on dignity.

So crawling it is. 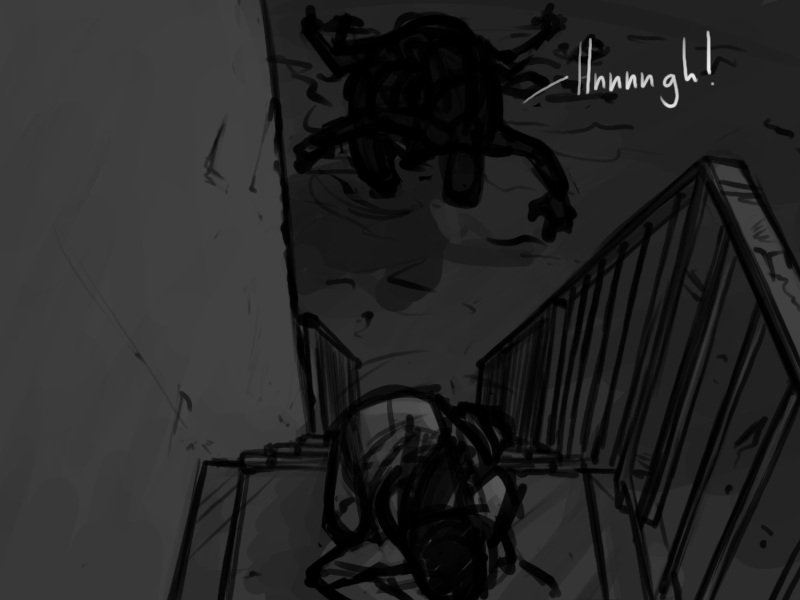 Still, it's a close thing. Her legs are a lot futher from all right then she'd thought even five minutes ago. She'd thought that the rest atop the garage roof had been enough time to recover a bit from her previous exertions, but any recovery has been only skin deep.

And, apparently, not on the roof. 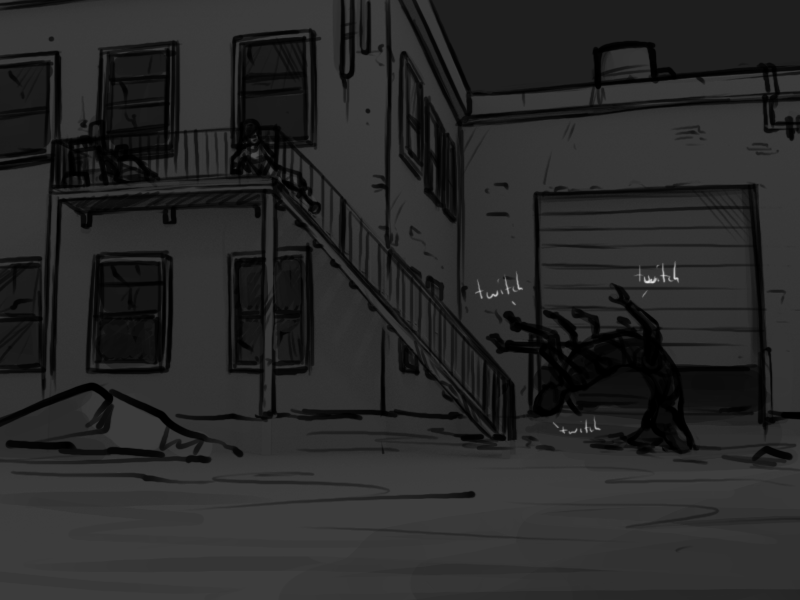 She's on a fire escape. She was hoping this would be a back entrance, with the catwalk circling around the building, but noooo, it's just a stubby little walkway, maybe ten feet long.

And there's a distinct lack of sharp pointy things. There's junk, yes, there's junk everywhere, but, at a glance, nothing comfortingly spear-like. She would put up with quite a lot for a convenient spear-shaped-thingy right about now.

At least Horatio has paused at the bottom of the stairs for a moment. Paused forward movement at least. It's spasmodic twitches have, if anything, increased. The creature radiates what Bina decides is an aura of irritation at the idea of climbing all those stairs.

She can't really blame the thing. She didn't enjoy the climb herself and she just has one torso and the usual collection of limbs. If she had to do it backwards, while carrying around an extra torso and about half-a-dozen extra appendages, she might feel the same way.

Still, she'd be happy if it just stayed down there, or, better yet, went away and quietly drowned itself.

But that's not going to happen, so she should probably keep moving.