Unfortunately, this plan would be more viable if she weren't thigh deep in freezing slime and everything around her weren't slick with condensation. She'd need something quite special and probably very dangerous to light a spark down here, and even then, what's there to burn? It's all mud and rock and twisted metal.

tegerioreo:
Don't go in the building. Stick to your original plan.

OK. She'll go around. This next bit looks like there's some pillars and stuff. Maybe she can lose him in - oh hello.

xooxu:
Go up the stairs if they looks safe! That way you're not trapped in an enclosed space, but you can still try to find a way to trick Horatio into trapping himself. Look for weak spots in the roof or skylights where you can trick Horatio into falling into the building.

She'd nearly missed them in the dark. She is seriously starting to regret not taking one of the flash-lights now. It was pretty bright on the roof of the garage, but down on the ground, the shadows of the machines and buildings block whatever light might be coming in from the hole in the ceiling.

But if she'd stopped for a flash-light then Kendra would have tried to prevent her from doing this, and it would have been a whole big thing and -

Bina shakes her head and realizes that her thoughts are starting to wander.

It can't be a real building. It's too big.

No time for that. Now is the running-away-time, not the thinking-about-improbably-sized-buildings time. Time for thinking later when she's not in danger of being twitched-at to death.

With far more effort then it should reasonably take, Bina levers herself off of the furnace-thing she'd been leaning on and lurches out across the open space. 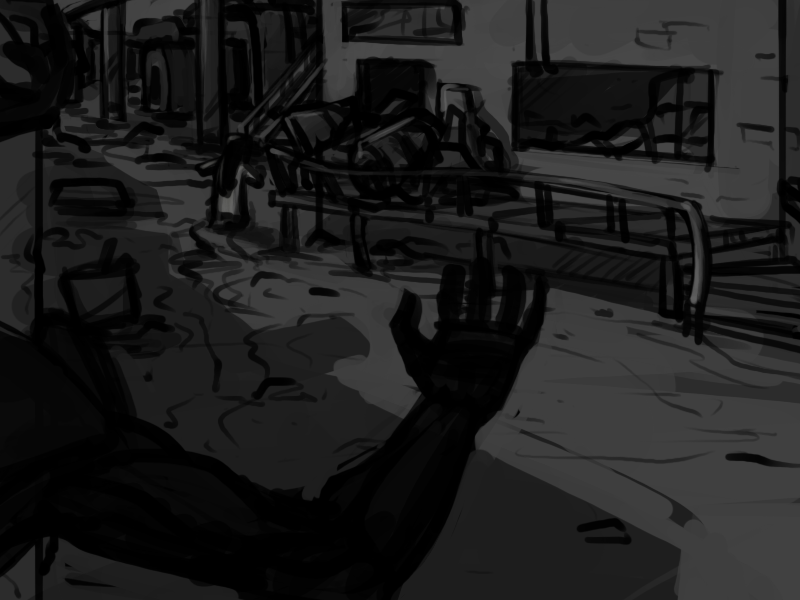 HighwayWizard:
>Let's see how good Naughts are at parkour. I'd wager they're pretty awful at it, what with all that massive flaily body mass.

Hah! Lets see how Mr. Twitchy handles stairs! with all of his limbs. If she's got any luck left, he'll trip and fall, maybe assisted by some hearty pokes in the face from Bina, assuming she can find something like a stick or a pipe up on the roof. If he falls, it probably won't kill him, but it'll give her the opportunity to put some real distance between them.

Space to think. Get a plan.

Fuade:
So would Bina, what with her stubby legs, baggy suit, and several pounds of water weight

Of course, all that involves climbing the stairs first. 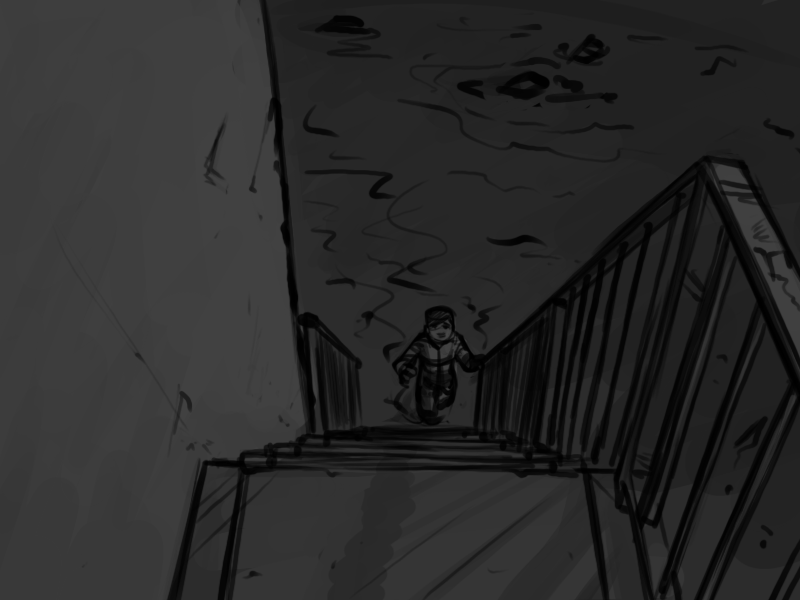 Which, her knees inform her, is going to be just great.