BreadProduct:
I am not entirely sure the glow hand is the be all deus ex machina as people make it out to be. If anything I would think showing that glow would only make things worse.

a52:
The glow hand was more for effect. I was thinking about how she commanded the naughts earlier.

wolftamer9:
I just realized this post kind of adds even more to the whole "B3 is the Green Lady" theory. The Naught listened to her. They're following orders. And they don't distinguish between Binas.

Not doing that. Not happening. No way. 'Cause it's not true.

Not yet at least.

tronn:
>Hide inside the furnace thing you're leaning against.

That won't work. He's too close.

She hasn't managed to build up much of a lead. 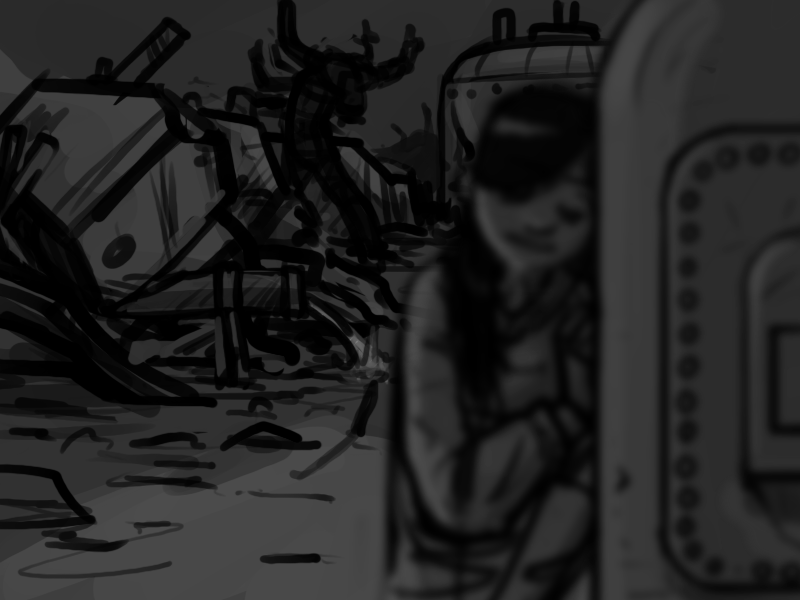 It's not a big deal. She just has to keep going. She can do that. She can keep doing that as long as she has too.

And right now, she has too, 'cause Kendra wasn't lying when she said this guy was fast. Never a dull moment with Horatio! The most persistent bastard ever to hnnng.

She inches forward and looks around the edge of the enormous metal tank she had leaned on (momentarily, just to catch her breath).

Just keep going left and around, a big loop back to Kendra and (hopefully) the time machine. She just has to ignore the cold, and the mud that's up past her knee and cold, thick as syrup.

No problem. Not an issue. She got this. 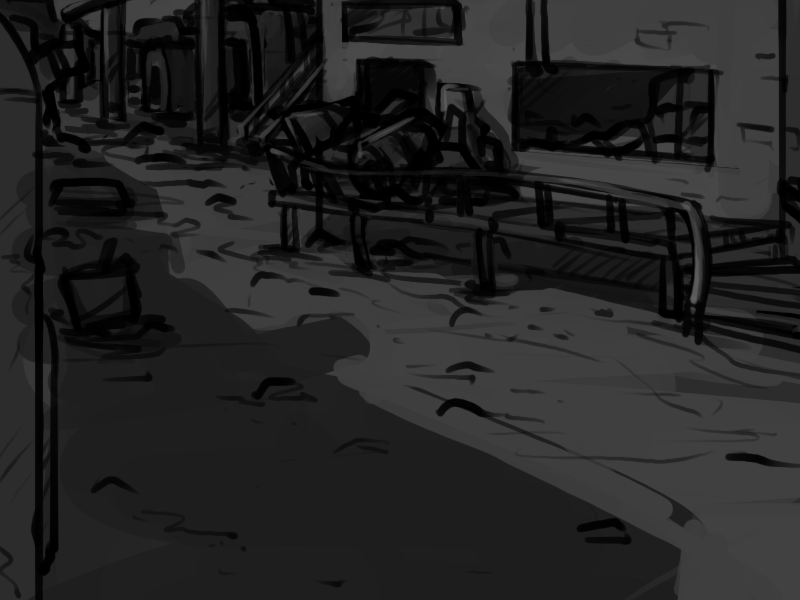 Maybe though, maybe if she went into that building over, climbed in through that open window, she could get out of the mud. Easier to run, out of the mud, and maybe she could trap him. Somehow, or find a door or something, to block him, give her some time to get away. That worked last time.

'Course she could get trapped herself if her luck runs out… choices, choices.