While I'm convinced that's what she's done, I have no idea why. I can't think of a situation where I'd do this, but 3 spent at least a year, maybe more, of subjective time in the Moment, so… I don't know. I don't know why, but I do know that her actions are inconsistent with allowing us to get out of this.

Reasons I think she's messing with us:

1. The version of the Mathematical model she passed on, is inconsistent with the principles she used to create the greater Devices. This is difficult to tell, but an in depth comparison between their actual design and the designs on the blueprints reveal significant differences. Leading us to…

2. Some of the Devices contain mechanisms that limit their range or effect. These mechanisms have been added purposefully, but placed such that their removal would damage or destroy the device.

3. She appears to have developed and then destroyed several Devices that would be useful, and has left no notes as to how to recreate them. I believe she developed a method for reconstructing shattered patterns (at an enormous entropic cost), as well as a means of extending n-displacement beyond 466.2 Hz.

For these points, I have proof, proof that I will explain later, at length, in this journal. You'll be able to verify them yourself when you get to the Moment.

The last point is just a theory.

But it's the one that convinced to write this journal.

Not through omission, directly. 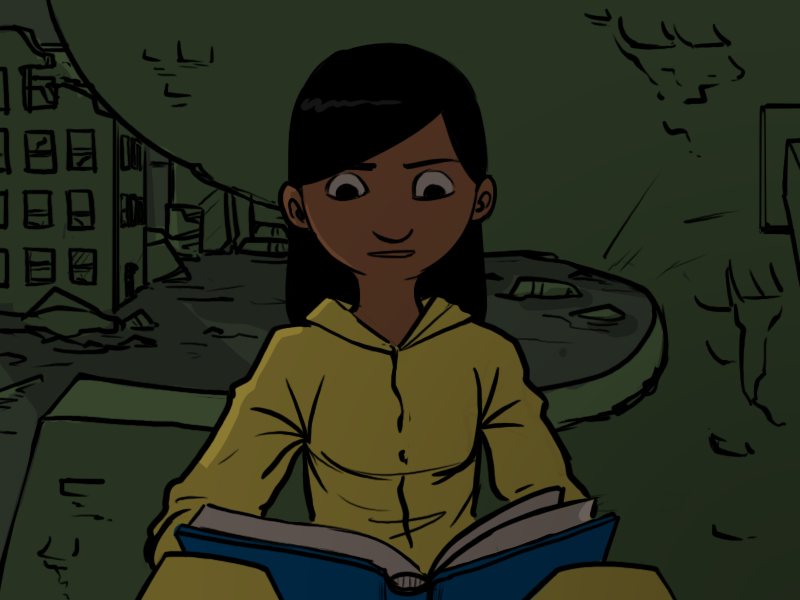 I think 5 found out something that she wasn't supposed too, and 3 scrambled her time-line by entering it on the fourteenth and killing Piotyr. This would have caused enough stress on the Loop to make the situation untenable, forcing the Botfly to shuffle the Loop immediately.

I know that this isn't supposed to be possible, and we're not supposed to be able to affect things beyond one loop in either direction, but it's the only thing that makes sense.

My understanding of the order of events looks like this:

4 finds the Moment, finds the first notebook, and Loops. 5's time-line starts, and at some-point she discovers something dangerous, something that 3 doesn't want us to know. 3 uses one of the Devices that she later destroys to scramble 5's time-line. The Botfly Loops.

6 starts, gets to the Moment, and finds the second notebook right away, in a place that 4 must have been several times. The second notebook contains the essay on "Probabilistic Uncertainty in Entropic Time-Loops." The essay that everyone afterwards agrees explains what happened to 5. But if we assume that 3 could reach forward into 5's loop, then it makes sense for her to be able to reach into 6's loop as well. She could have written the second notebook later, AFTER killing 5, and given it to 6 to allay suspicion.

The Second Notebook is almost all user and fabrication instructions for existing Devices. Aside from the Probabilistic Uncertainty Essay, it has no new theory, no new math, just some formalization on the entropic constant (which I think is probably wrong, and only serves to make the PUETL essay more believable).

And if Probabilistic Uncertainty in Entropic Time Loops Theory was correct, how am I here? How is anyone after 10 here? The number of events necessary to create my own time-line are immense, and as entropy has increased, probabilistic mishaps should have stopped my own time-line, and that of 10 and 11 as well.

If the PUETL essay were correct, there is only a 0.00086% chance that I could possibly exist, and an exponentially smaller probability that B13 could exist.

But she does, because I've seen her.

This is very confusing to write.

Either we believe that 3, someone who managed to do things that none of the rest of us have ever been able to even get close to replicating, got one of her fundamental theories wrong, while also believing that 4 was so unobservant as to not notice a brightly coloured notebook on a table in the cafe, in over THREE MONTHS of walking past it every day, OR we believe that the notebook was never on that table. That 3 put the notebook on the table AFTER she'd killed 5.

If this is the case, then only explanation is that 3 had the ability to reach forward into future Loops, an ability she has never shared, and has apparently done everything in her power, including murder (suicide?), to prevent us from acquiring.