BreadProduct:
>I sure hope you are paying attention to Gregor's whereabouts

Anthano:
> Ok there's a small chance that this argument could be postponed in the best interest of escaping with your lives at this moment

> Where is Gregor? Can you see him anymore? Can you hear him?

"Shhhh - you're right. Gregor's gone, but we know we're not alone down here. There's at least ten of those things, right? And we have no idea how good their hearing is. And the dog? So lets… dial it back, ok?"

"Eight! I trapped two of them and I think one drowned!"

"Right. Yeah. Eight. Still! We should be probably be quiet!"

Kendra wasn't there. It had been a good idea!

Bina realizes, on some level, that she is being a bit silly about this and thus she makes a spirited effort not to appear to be petulant. 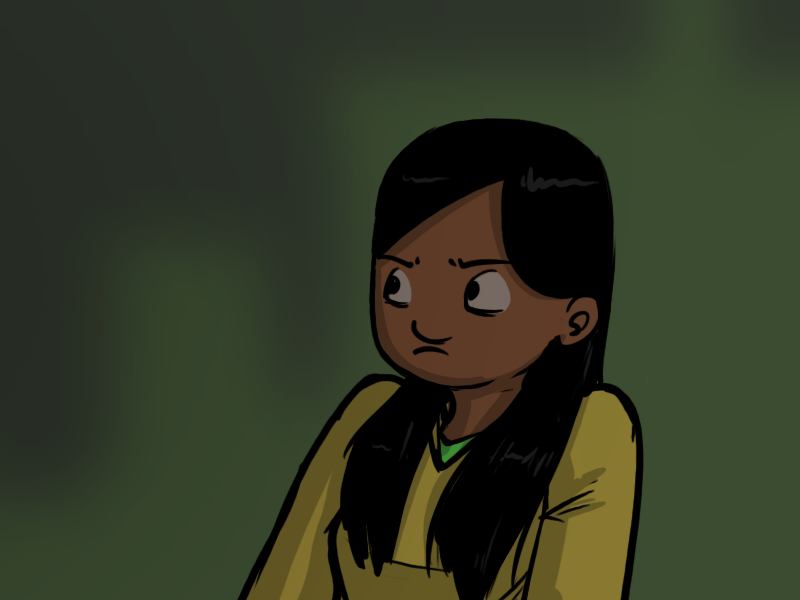 She is not even a little bit successful.

TheBurningFox:
> So whats the gameplan?

Morphimus:
> So what's the plan now?

"So," whispers Kendra, in a desperate attempt to move on, "What now?"

tegerioreo:
That's some top-notch acting in those panels, Jack!

Thank you! For reals! You have such wonderful expressions in your art that I take that as a great complement.

She also named them both?

Yeah, there's some confusion about this, but I think it's because it was a -while- ago in real-time that Kendra named Yorrick.

Yorrick is/was a skeleton, not a Naught. She only called him that once, and it's been… like four months since then, so… yeah, a bit of a stretch assuming everyone would remember that.

The the question "Kendra used human bones as projectiles!?" is still an entirely valid one, and one that I myself would ask Kendra in this situation. Bina is, alas, distracted and so won't think of it 'till much later.

In the context of the fight it made sense. She more threw the metal tray at Horatio, Yorrick was simply unlucky enough to be currently laid out atop it.

Is this whole thing some kind of complex joke referencing The Skeleton War? The answer is maybe.

I would not rule it out.