"It's ok. Really. It must have been worse for you. How did you stay ahead of all of them?"

"I just ran mostly. They're not very fast."

"I thought that, but then Horatio got faster after I hit him."

Kendra fills Bina in on the rest of what happened on her way back to camp.

tronn:
>Bina: How on Earth he got down when the crane is out of operation? Maybe there's another way up!

BreadProduct:
All he did was turn the crane off. What's stopping him from turning it back on?

"Was the crane down while you were there? I bet that's how Gregor got down here."

"Uuuuuuhhhh, I can't remember? I… no, sorry. I was running for my life at that point."

Kendra explains about encountering Horatio in the bathroom and the ensuing chase. 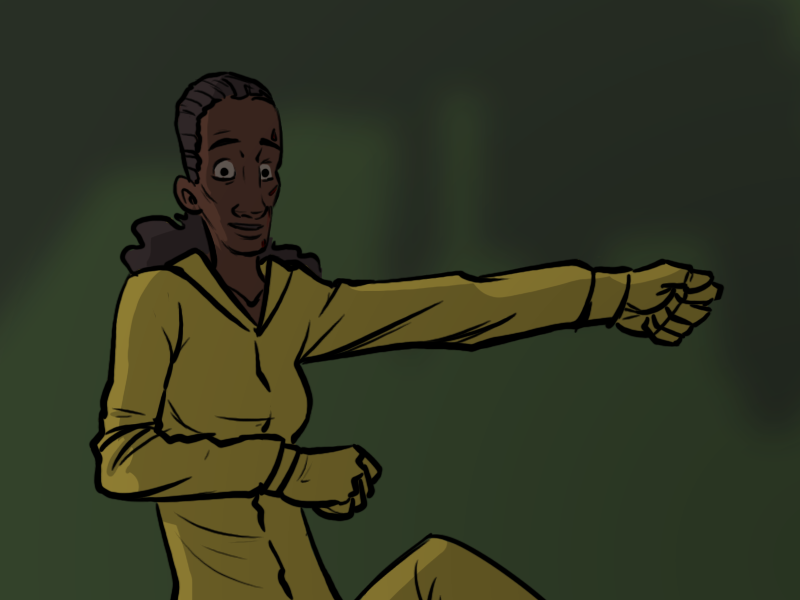 "He was not the friendliest fellow."

"So you're calling them Naughts?"

"Yeah I guess. We've been calling the monster dog thing the Not-Dog right? So these are pretty clearly Not-People. Not-People. Naughts? Get it?"

"Well what have you been calling them?"

"Wigglies! 'Cause they… you know… they sorta wiggle. A lot. I dunno, I like your name better."

"I dunno. Wigglies isn't a bad name. They do sort of twitch a lot. And they can, like, unfold? And this lets them make more mass somehow? Like, poof! Screw the second law of thermodynamics! Horatio just sort of vomited out another torso when I hit him with the pipe, then it… it sort of ate and re-purposed the bits of Yorrick I threw at him. Their skin can move like runny wax. No, that's not quite right, it's like -

Bina explains about her escape from the Naughts.

"Do you know how many of them followed you?"

"Maybe ten? I couldn't keep track of them, and I think I lost maybe two really early. They were having problems with their legs. The others, they didn't just chase me in a group like zombies. They kept slipping away to turn up in front of me, or drop down from a window. One of them with a bunch of arms nearly got me that way."

"I think they're at least sort of intelligent."

"I think so too, but - its weird - they didn't really seem like they were trying very hard. I mean, to catch me. They chased me, but that seemed to be sort of the point? The chasing? Like it was a game. I don't know if I'm making much sense. They seemed insincere in their attempts to grab me. At least, until I trapped two of them inside a small room and dived into the drain. That seemed to make at least one of them really mad."

Bina, while attempting to minimize the danger, explains about getting stuck in the drain. 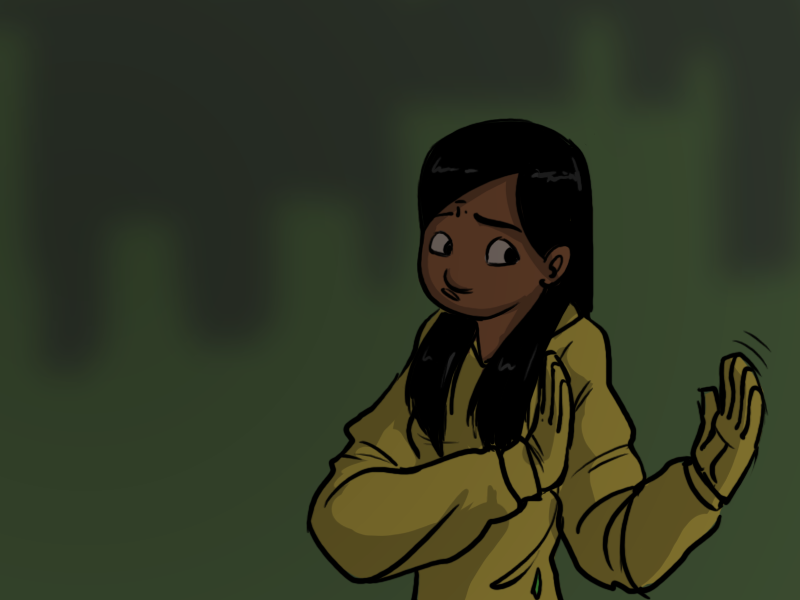 "Sort of! I saw there was a light at the end soooo…

"You are so lucky that you are not dead."

"Hey! I'm not the one who went into a tent with one door when there was one of them right on my heels!"

"It so totally isn't different!"