HighwayWizard:
>Keep an eye out for anything that might be useful. There's probably not much out here but that's no excuse to not keep looking for helpful stuff.

tronn:
>Bina: Look for a walkway or other high place away from mud.

- and opportunities to escape the mud -

Morphimus:
> Alright, well. Just start heading to the rendezvous point. Look of any drier, less muddy paths that might lead there.

- Bina starts working her way back to the meeting place. 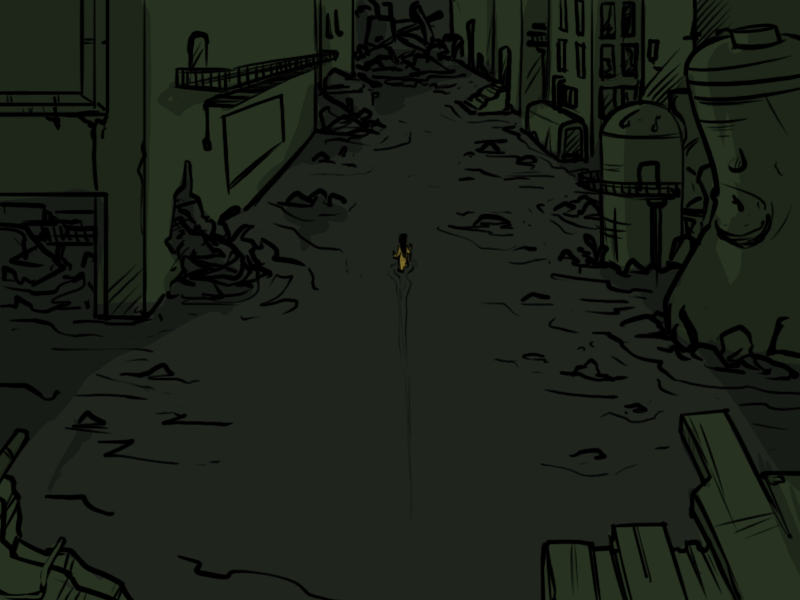 tegerioreo:
At first I saw the hole as a cloud, and thought "whoah, this place has its own weather systems"

It's big, but it's not that big. I would have liked to include some of the ceiling struts and other indicators of distance, but alas, I had a very tiny amount of time to draw that panel and it was not to be.

In other news, thinking about this update, I've realized that the only way to properly change scene in an adventure using this format is to include the first panel of the next scene in the update that ends the previous scene.

It vexes me that this is almost impossible for me to do due to my time limitations.

A thing to think about.