Wessolf27:
>First, get the hell out of the vicinity of that not-television.

Second, talk to those couch-dwellers, what happened to them? Were they taken by the not-TV?

epoxy:
> Get away from the thing and toward the strangers. They look like they'd be willing to patch you up if you pass out.

Kíeros:
> Head away from the television.

Morphimus:
> Ask the couchdwellers what the hell that green glowing wire thing was, and if that's why they have those wires in their heads.

tegerioreo:
The people have spoken! Flee the "TV" and head toward the couch. Seek water.

Bina gets up, not an easy task with only one arm really working, and has to resist the urge to immediately start running. She wants to get away from the not-TV really, really, REALLY badly, but her head feels like a great hollow gourd, and she thinks that if she ran, she'd trip on the cobbles and maybe pass out again.

Which would not be great. 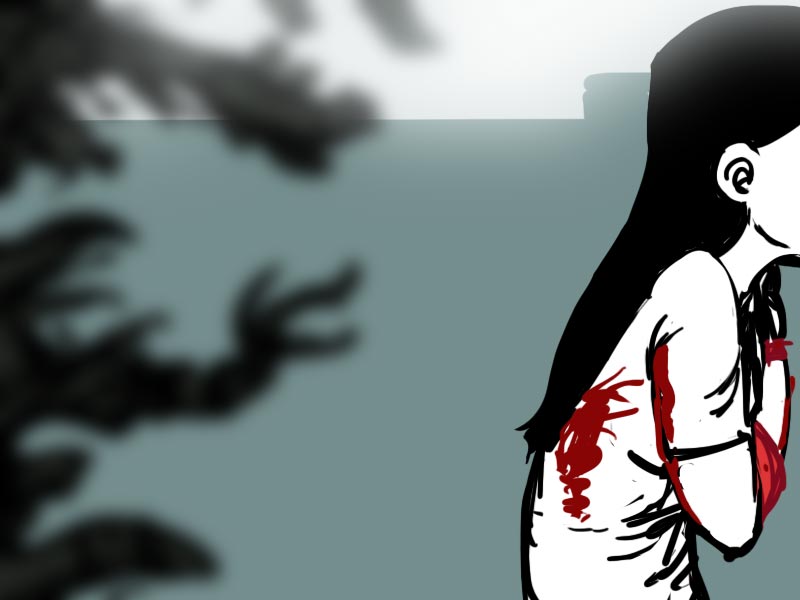 Aha, the woman says. See? She told him that Bina would be ok.

The man makes a grunting noise of derision and asks if she means that? All the blood? That is 'ok'?

The woman asks how Bina is feeling and Bina says that she's not feeling great, all things considered.

Sun-ja's tells her that she is really sorry about asking Bina to look. She should have known better.

ICan'tGiveCredit:
> You can't afford to sleep! Replenish your bodily fluids and nourish yourself first. Look for some water bottles. Ask the people on the couch if they have food that isn't made out of wire.

Kyky25:
I'm continuing with my previous suggestions of water, food and sleep.

She asks if they have any water, ANYTHING to drink at all, she's not inclined to be picky.

Sun-ja, shakes her head. She tells Bina no, there is no water here, or food.

Podolsky tells her that if there WERE water here, she would not want to be with the drinking of it. This is not a good place.

Wait… known better? Bina asks. She KNEW that was going to happen? 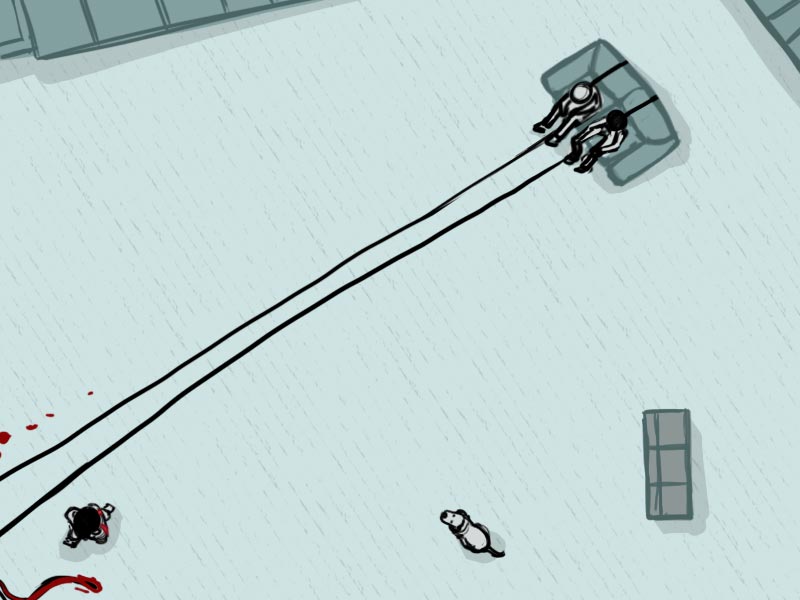 Sun-ja tells her that, they think that's how it gets you. By being seen. Didn't Bina know that? The asshole wouldn't shut up about it when he grabbed her.

The man, Podolsky, says that Bina is not gotten the same way yes? They cannot see into laundromat very clearly but, Gregor, he is not take her into basement? Or into construction site, out back?

Ahh! Thank you Morphimus. That is really awesome fanart. She is so cute!

Thank you as well to everyone who said kind things. The whole updating daily thing might seem kind of… weird, but it's a deal I made with myself when I started this and I'm going to stick with it as long as I can.