What? She's not timid!

Kíeros:
> Let's go through the door.
tegerioreo:
Rubble is dangerous. So is stumbling in the dark. Still, I vote door. 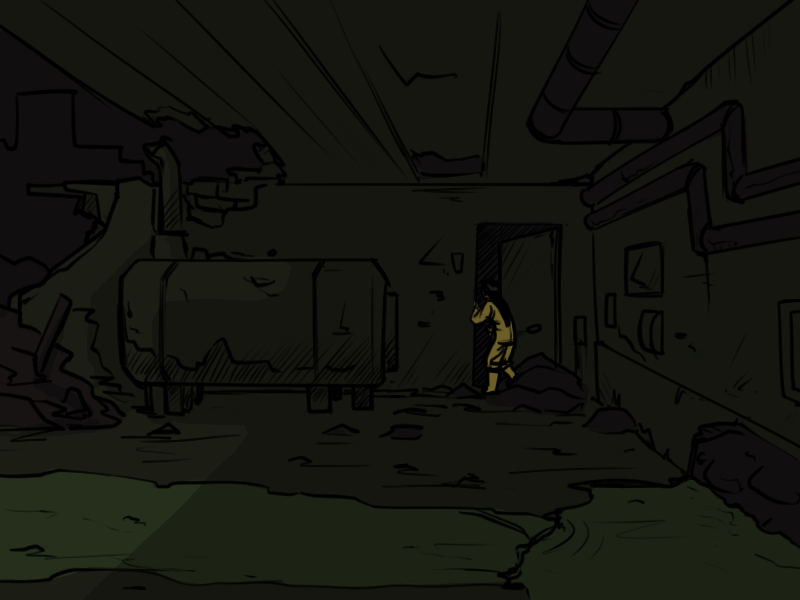 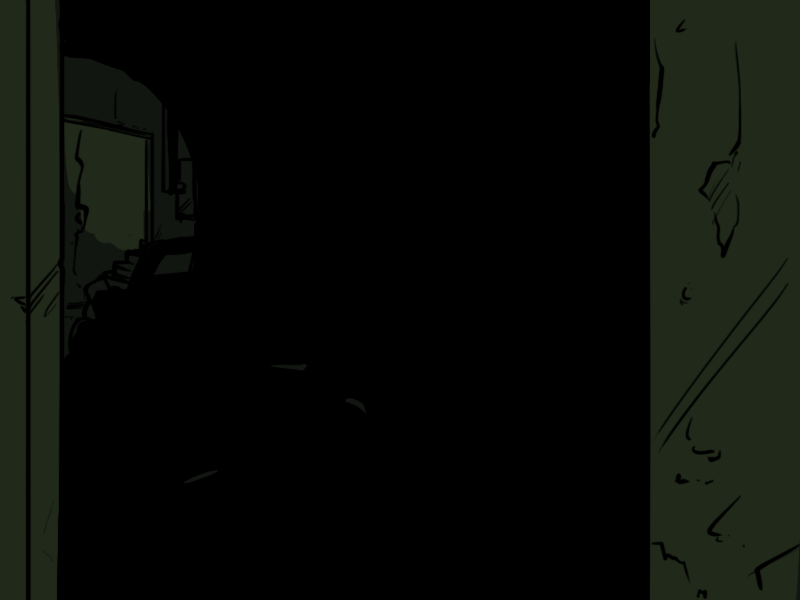 So there's a stairway there that might lead outside, maybe, but, uh, ok there's also a lot of stuff in there. Maybe tables?

It is suuuuper dark.

She'd have to use the flash-light if she went that way.

TobiasMoon:
I dunno, I think at least checking out the mound of junk might be a good idea - I don't want to try dealing with one of those abominations without being able to see it.

BreadProduct:
Maybe taking a look is a good idea. That way if you have to run through the pile of rubble later you know what to expect.

Sooooo maybe she could check out the other way?

That's not being timid! That's being practical… and scientific! 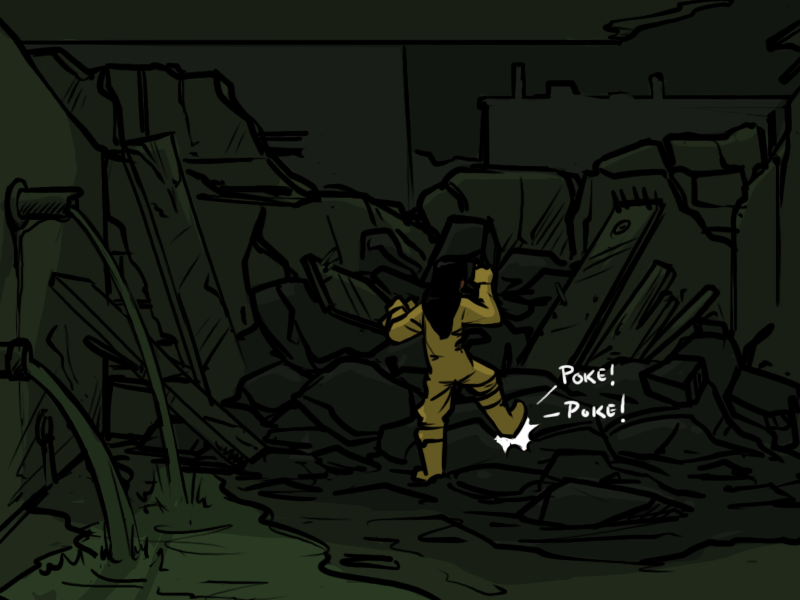 Eurgh. This stuff looks pretty loose and slidey, and she doesn't like the look of those planks with nails in them. There could be more of them under this loose rock and she wouldn't know 'till she'd stepped on them. The hazmat boots are thick and awkward, but probably wouldn't stand up to her full weight coming down on a nail.

tegerioreo:
Where's the new thread? Did I miss it?

xooxu:
It hasn't been posted yet. Jack was waiting for it to definitely hit triple digits, so I assume that it will be posted after tonight's update?

Tomorrow! Tomorrow is new thread day! I'll post a link to the next thread here, as well as maybe half the update.

Depends on how it goes, I have an idea for how I'd like to start the next thread that appeals to my sense of symmetry, but I don't know if it's going to work out, it depends on what everyone suggests.