It's uh… it's sort of full of water? Her shirt is really wet, and it's sort of creeping into her pants now, but she's not sloshing about. She never went entirely submerged, but a lot of water got in around her neck in that last five meters or so.

She'd be way more concerned about the whole dampness thing if B12's journal hadn't slid down from it's position shoved into the elastic of her pants into her left boot a while ago. Her feet are uncomfortable and acquiring a lively and entertaining collection of blisters, but are still mostly dry.

Kytin:
jack-fractal:
The trick is going to be doing it without all of her unpleasant new friends following her back.
Well the first thing to try is avoid using your flashlight as much as possible, since that seems to make them react. Stumbling around in the dark is gonna suck though.

She grabs the flash-light and switches it off. 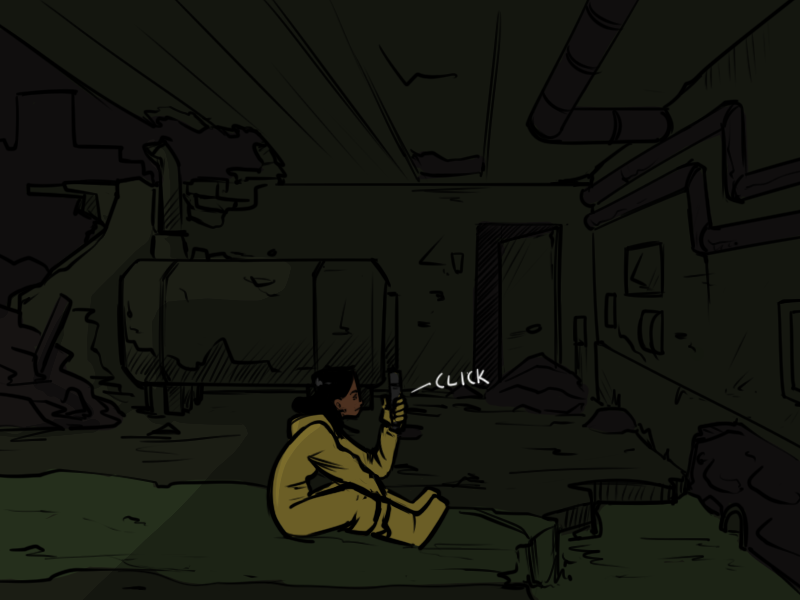 It's not completely black, but it is very dark. There seems to be a bit of a glow coming from somewhere back toward the gap in the ceiling, enough to caste a dim half-light in places. It might be the flood-lights ringing the hole, or maybe dawn has finally decided to show up.

Still, as you say, this is not going to be the best time.

a52:
jack-fractal:
She decides to mentally file the entire situation in the pipe under âthings to acquire a phobia from at some point in the future'.

That folder is getting pretty full.

Doesn't she already have anxiety and a fear of the dark?

She's not really afraid of the dark. She hasn't been since she was a little kid.

It's not a super big thing for her. Like, she's not a big fan, and she sometimes wakes up at 3:00 in the morning and can't go back to sleep until she's checked that every room of her apartment is safe, but that's normal, right?

Her therapist tells her that's normal.

Hooo boy. She's going to have a lot of talk to her therapist about when she gets out of this.

wolftamer9:
> Wait wait how are you gonna get out of here.

That is a good question. There's a door over there. 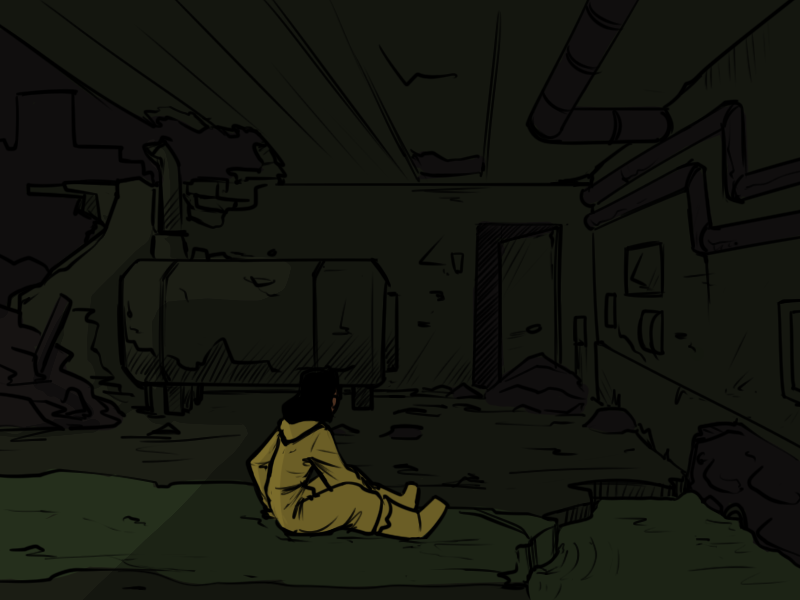 That probably leads to a door or a window eventually, but it looks super-mega dark in there, and that wouldn't go well with her no-flash-light plan.

On the other hand - 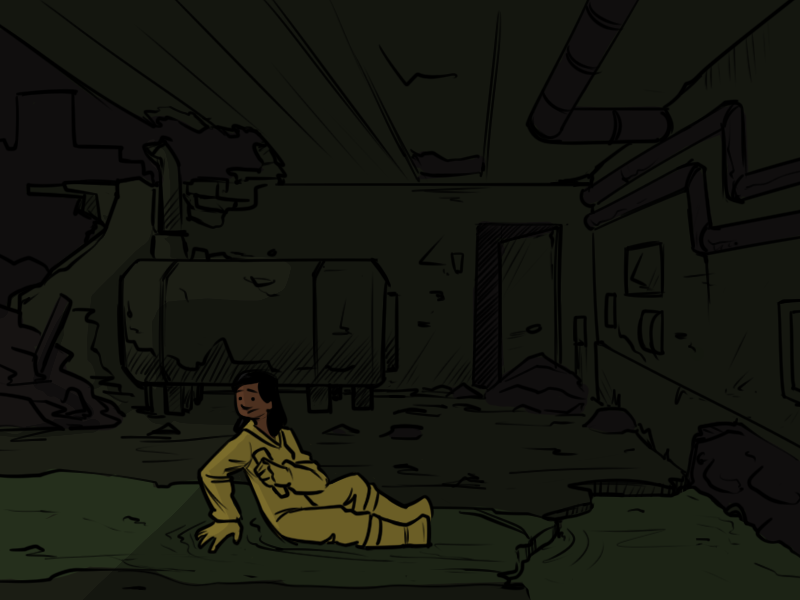 - she could maybe try to climb over that. 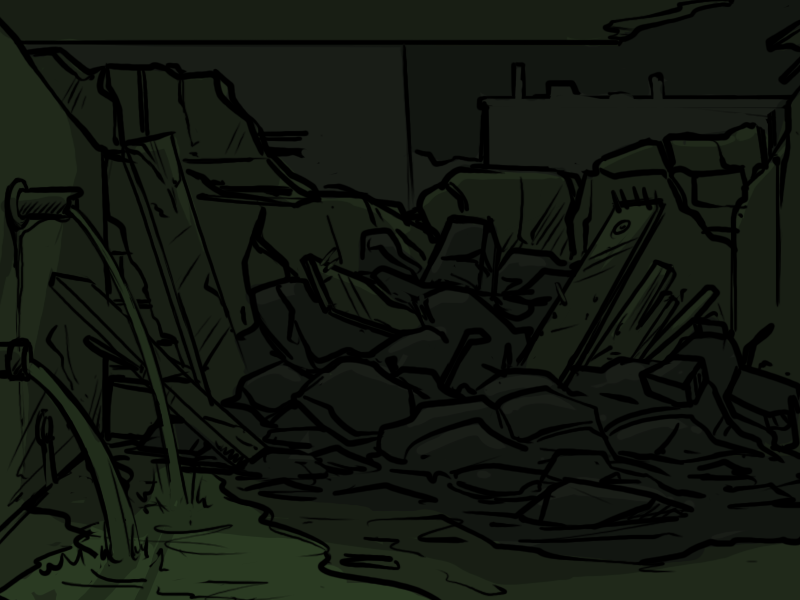 Which doesn't look dangerous in the least.