The relief at retrieving her hand is so overwhelming that, for a second, she collapses entirely, forgetting that she's still in imminent danger of drowning.

But the creeping tendrils of water sneaking their way in through the neck of her hazmat suit quickly pull her back to reality.

She grabs at her chest, trying to prevent the water from working its way into her scrubs.

Crap! She's got the journal in there! She lurches back into a half crouch, the water sloshing around her.

The pipe is filling up fast. How much rain is there? It's been going flat out, a solid downpour, for what feels like hours.

KÃ­eros:
> Try to head through quickly but calmly.

She clicks the light off again and looks down the pipe toward the exit. 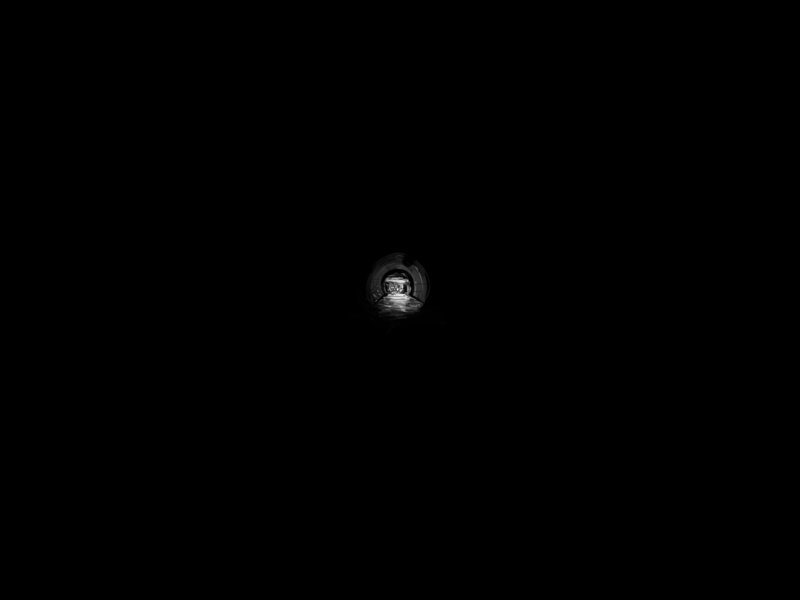 While she was stuck, it looked a million miles away, but now she can see that it's only about twenty meters.

Anyone can do twenty meters.

She starts to slither, shifting her shoulders and hips from side to side and using the limited friction she can get from her gloves and boots to propel herself forward.

Lacemaker:
Be careful, Bina. Keep aware of the water coming down, make sure you leave enough space for it to get past you. You don't want the pipe clogging with you in it.

She tries to make sure to keep herself lifted off of the floor of the pipe so as not to block the flow of water further down the pipe. She's not sure how much effect this is having as the water is high enough now that she has to keep her head turned sideways to avoid having her face go underwater with each undulation.

It is the least dignified form of transport she can imagine.