loneVision:
>where did Piotr go?
Bina hasn't seen Piotr since she ran off after licking her face. Mind you, Bina's not really been looking too closely at her surroundings. Mainly because pulling a length of wire through your body (twice!) does tend to demand careful attention, and also because the last time she looked around, things went badly.

Dregadude:
>Get away from the wire! Don't want this happening again.

Bina hurls the wire away from her. She pretends not to hear the wet slithering noise as it hits the cobbled floor.

That wet sound is her blood, entirely too much of it, coating the wire. 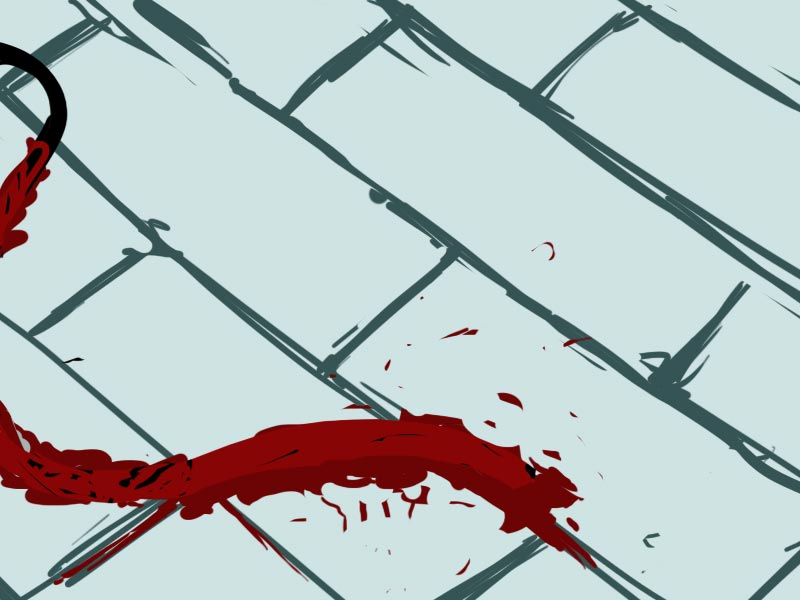 Chizita:
Bandage, then move fast enough to get away from the television, but slow enough that you don't pass out.

You should probably retreat in the direction of the couch.

tegerioreo:
Bandage, then go hide behind couch. Let's just hope that removing the wire didn't put it back in attack mode again.

Bina ties on the second bandage. At least this one is in a less awkward spot then the last, but because of the shape of her hand she can't make this one as tight as the other, and blood pools almost instantly through the thin cloth.

A small part of her brain points out that they're going to have to think about the whole "You had a dream and now you have a scarf thing" eventually, but the rest of her brain tells that part to shut up. 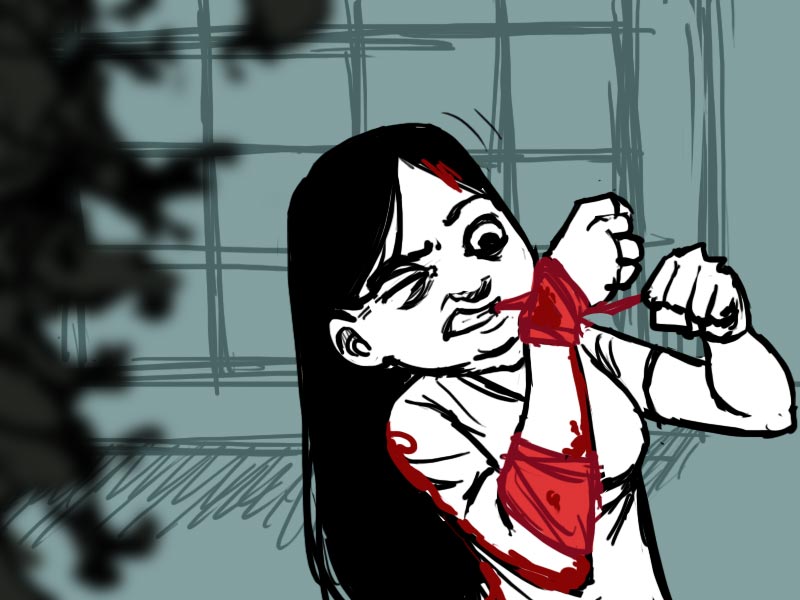 Stitches. That's what she needs. That and painkillers.

Kyky25:
If Bina won't sleep again then she needs to find liquids. And sugar. She needs to replace the blood that she lost as soon as possible.

Oh man, she'd love some sleep too, and now that you mention it she is ravenously thirsty. She remembers that she was thirsty before, back in the laundromat, but now it is much worse. Her tongue feels like a thick, paste-covered slug in her mouth.

She really, really wants to lay down but… She knows that she's very close to the thing-that-is-not-a-television. She has a feeling that if she reached out her hand she'd be close enough to touch it. Possibly close enough that she wouldn't even have to extend her arm very far. The feeling of proximity is like being in a small dark room with someone who is being very quiet, mixed with the skin crawling sensation of being near a high-tension power-line.

So, I normally like doing around four or five images per update, and I update every day. To do this, it takes me roughly three and a half hours. Of those 3.5 hours, about one hour is spent writing, and the other two and a half are spent drawing.

If I get home at five, this is fine, I can still do some other things as well as work
and this comic, but recently I've been putting in eleven to thirteen hour days at work,
so I'm getting home around eight thirty at night.

I also noticed that I haven't done my dishes in three days because I haven't had the time. So I'm giving myself a soft limit on how much time I can safely spend on work and this comic combined, which is about thirteen hours, because otherwise my life kind of falls apart in embarrassing ways.

All that to say, look to see a lot of one or two image updates for the next two weeks.

Also this is my 50th update in my, pretty much entirely arbitrary, numbering scheme! Hurrah! *kazzoo*

Oh, and to anyone who is having trouble drawing hands. I suggest having your protagonist extract a wire from their wrist in an agonizingly slow and painful process that takes seventeen pages. You'll get a LOT of opportunities for practice.